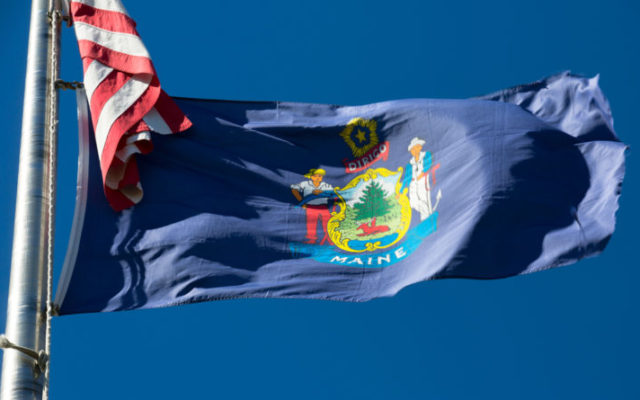 What to know about Maine’s upcoming bicentennial celebration

Emily Burnham • March 9, 2019
2020 may seem a long way off, but preparations for Maine’s bicentennial year are already well underway for the committee formed to plan official state events.

2020 may seem a long way off, but preparations for Maine’s bicentennial year are already well underway for the committee formed to plan official state events.

Dave Cheever, Maine’s state archivist and vice chair of Maine 200, said official bicentennial celebrations will actually begin on July 26, 2019. That’s the 200th anniversary of the day when voters approved the state’s secession from Massachusetts, which then officially happened March 15, 1820.

“The plan is to have a kickoff day on July 26, and have Gov. Mills and others visit significant communities across Maine,” said Cheever. “That will also be the day we hope to launch the time capsule program.”

Cheever said the Maine 200 committee hopes to partner with communities and organizations statewide to create time capsules to be buried next year and reopened in 2120. The committee is working with the University of Maine to design a four-chambered capsule that can receive additions every 25 years — in 2045, 2070 and 2095 — so each generation can contribute to a picture of 100 years in Maine.

“We want [the time capsule] to be something anybody — a business, a school, a town, anybody — can take part in,” said Cheever. “It’s the same idea with the Tricentennial Pine Grove.”

The Tricentennial Pine Grove would take place in 2020, and would encourage any municipality, business, school or organization to plant a minimum of three eastern white pine trees on its property. It’s up to the planter to decide what, if any, landscaping, lighting, signage or sculpture to install around the trees. By 2120, those trees planted in 2020 would be about the same size as the trees first encountered by the first European settlers to Maine in the 17th century.

“The eastern white pine is integral to the history of the state in so many ways,” said Cheever. “We think this is a way to honor something so symbolic of Maine, and whoever is planting it can bring their own symbolism to it as well. And it’s an environmentally friendly thing to do. It never hurts to plant a tree.”

For the statehood anniversary weekend, Cheever said the committee has envisioned a Community Dinner Day on Saturday, March 14, when towns across the state can host a community bicentennial dinner, which can also function as a fundraiser for food banks.

“It’s something that acknowledges the fact that there are a lot of Mainers that can’t look 100, or 50, or even five years in the future. They just want to get through tomorrow,” he said.

On Sunday, March 15, Maine’s official 200th anniversary, there will be an event in Augusta, with details yet to be announced. Later on, during the summer, the committee hopes to bring ships from Tall Ships America, the educational sailing organization that operates 114 affiliated sailing vessels all over the nation, to places all over Maine for three full weeks, rather than the standard one week. This would include tall ships visiting places such as Bangor and Bucksport.

A final event for 2020 would be a Maine Innovation Expo, set for October at the Cross Insurance Center in Bangor, which would highlight some of the innovations in Maine in forest products, fisheries, agriculture, energy and various technological sectors. The Maine 200 committee is hoping to partner with Maine Public broadcasting to create a documentary celebrating the bicentennial. It’s also hoping to plan an event inviting immigrant and ethnic communities from around the state to showcase their cultural heritage.

Cheever said that Maine 200 will only plan a handful of events. Otherwise, the committee will offer assistance to the municipalities, schools and organizations planning their own bicentennial events. The committee is also planning fundraising to supplement the $1 million appropriation.

“We hope to have grant money to help people do the programming they want to do. We just want to be of help to anyone that wants to plan something,” said Cheever.

Though the bicentennial is a way to explore and honor Maine’s rich history, Cheever said the end goal is not simply a history lesson.

“We want to tell the story of Maine in a modern way. It is not just the past and the present — it’s most importantly about the future,” he said. “If we do this correctly, this will live on well after us.”