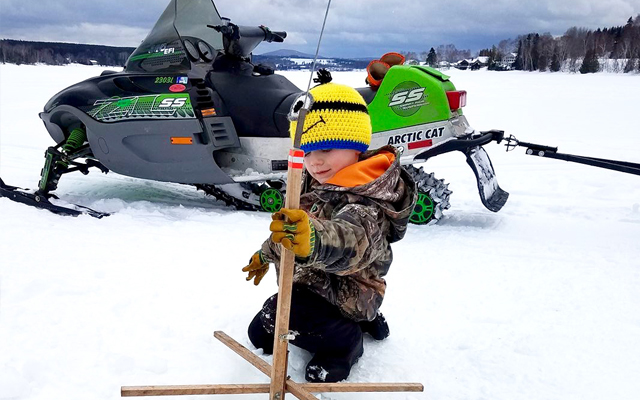 John Holyoke • March 25, 2019
Ask ice anglers from northern Maine about the spring weather and you might get an earful, as that part of the state remains covered in snow and ice.

Ask ice anglers from northern Maine about the spring weather and you might get an earful, as that part of the state remains covered in snow and ice. On Monday, Gov. Janet Mills signed emergency legislation that allowed Maine Department of Inland Fisheries and Wildlife Commissioner Judy Camuso to adjust the state’s fishing laws to that reality. In the northern zone, where ice fishing season was to end March 31, the season has been extended until April 21. 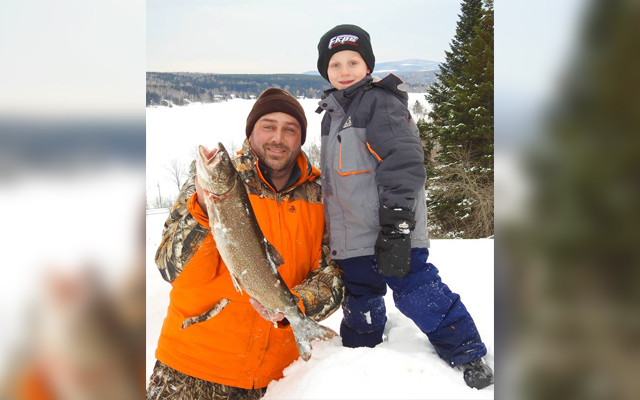 “Fishing is a cornerstone of our state’s economy, supporting more than 3,300 jobs and contributing more than $319 million annually, including $75 million from ice fishing alone,” Mills said. “With northern Maine still firmly in winter’s grip, Commissioner Camuso will now be able to extend the ice fishing season for that part of the state, allowing anglers the opportunity to continue fishing and our businesses the chance to continue operating.”

“With weather conditions currently more appropriate for ice fishing than open water fishing, I am grateful for Gov. Mills’ support for extending the ice fishing season in the northern zone,” Camuso said.

The extension is a result of the passage of LD 1298, which was sponsored by Rep. Danny Martin and co-sponsored by Senate President Troy Jackson and Rep. John Martin. All three reside in Aroostook County.

“Ice fishing is one of Maine’s most treasured pastimes. For me, it certainly makes the cold and brutal winter months much more bearable,” Jackson said. “Due to the seasonality of the sport and the unpredictability of the weather, it only makes sense to allow the [Department of] Inland, Fisheries and Wildlife commissioner to extend the season should the weather allow it. With more snow expected in The County this week, I welcome the opportunity to get more ice fishing in before the spring weather arrives.”

Although ice fishing will be legal in northern Maine, the Maine Warden Service urges caution.

“While it’s a good idea any time of the season, it is especially important now to test the thickness of the ice using an ice chisel or ice auger in several locations on the lake or pond,” said Maj. Chris Cloutier of the Maine Warden Service. “Conditions can change rapidly this time of year, and ice that forms over flowing water and currents, especially near streams, bridges and culverts, can be particularly dangerous.”

The south region of the state is open to whatever kind of fishing is appropriate. If safe ice is available, anglers are welcome to ice fish. If the water is open, they can fish with open-water tackle.

According to the DIF&W website, the difference in laws between regions reflects the fact that in the south, most waters are stocked or warm-water fisheries, while in the north, wild, native and cold-water fisheries are the norm.