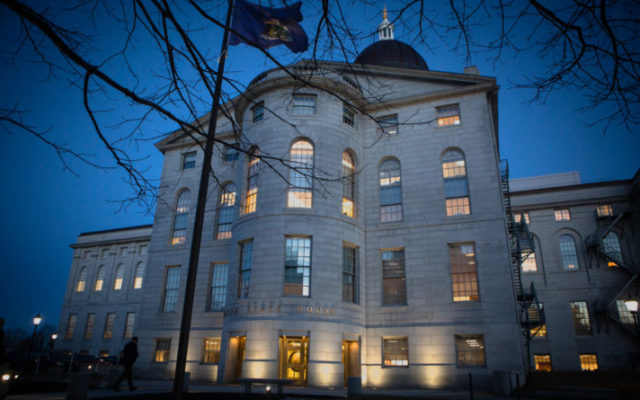 Michael Shepherd • April 10, 2019
Democrats on a legislative committee on Tuesday advanced a bill backed by Gov. Janet Mills’ administration that would supplant a federal ban on abortion funding by using state money to cover abortions under Maine’s Medicaid program.

AUGUSTA, Maine — Democrats on a legislative committee on Tuesday advanced a bill backed by Gov. Janet Mills’ administration that would supplant a federal ban on abortion funding by using state money to cover abortions under Maine’s Medicaid program.

The bill sponsored by Rep. Jay McCreight, D-Harpswell, drew dozens — mostly anti-abortion opponents — to the State House for a March hearing and is one of the key Democratic proposals in 2019 that would increase abortion access in Maine, which has relatively loose abortion laws.

While NARAL Pro-Choice America, an abortion-rights group, ranks Maine among the 14 states where access to abortion is protected, the state is still among the 34 that has adhered to a federal standard ensuring access to abortion while not allowing tax dollars to cover the procedure except in cases of rape, incest or if a woman’s life is threatened by pregnancy.

Democrats on the Legislature’s insurance committee voted to advance McCreight’s bill Tuesday. All five Republicans on the committee voted against it. The proposal would direct the state to cover abortion under MaineCare, the state’s version of Medicaid, in 2020.

If the bill is fully implemented, this Legislature’s nonpartisan fiscal office estimates that it would require nearly $376,000 in state funding per year. It goes to the House of Representatives and Senate and faces further review by the Legislature’s budget-writing committee.

Abortion-rights groups sued Maine in 2015 over blocking state funding for abortion under Gov. Paul LePage, an anti-abortion Republican. His administration was defended by the attorney general’s office, which was then run by Mills, an abortion-rights Democrat, and it won a ruling by a lower-court justice in 2017 that is now under review by Maine’s high court.

Under Mills, the Maine Department of Health and Human Services “strongly supports” McCreight’s bill, according to testimony from Molly Bogart, the department’s legislative liaison, who said it would “ensure equitable access to abortion care for Maine people.”

Republicans and anti-abortion activists oppose the bill, with Carroll Conley, the executive director of the evangelical Christian Civic League of Maine, asking legislators in written testimony to take into account the views of “citizens they represent who do not want to participate in the taking of innocent human life.”

Maine is more than eight months into Medicaid expansion under the federal Affordable Care Act and trends around who is enrolling and where they live are starting to emerge, bucking some expectations and pointing out access challenges.
Pets END_OF_DOCUMENT_TOKEN_TO_BE_REPLACED