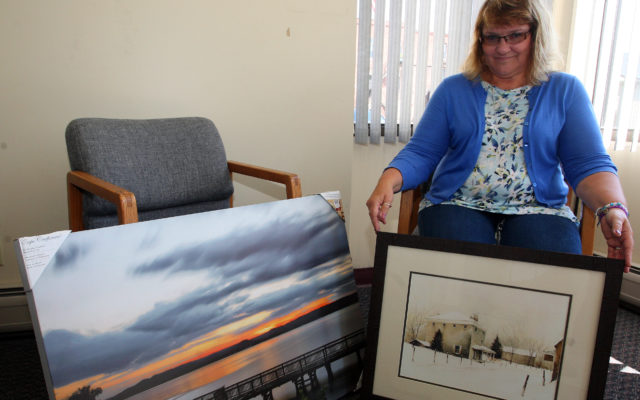 Council hears from Link for Hope about new recovery center

Jen Lynds • April 29, 2019
Officials from Link for Hope and the Aroostook Mental Health Center told town councilors on Monday that a new addiction recovery center will soon open in the community.

HOULTON, Maine — Officials from Link for Hope and the Aroostook Mental Health Center told town councilors on Monday that a new addiction recovery center will soon open in the community.

Trudy Rairdon is one of the co-chairs of the Link for Hope, a non-profit, community based organization in Houlton that worked to create the center to help youths and adults in southern Aroostook with alcohol and drug problems.

Rairdon said the organization conducted a community-wide forum, which included a number of focus groups, and the near unanimous recommendation from participants was that the community needed a recovery center. Link For Hope worked on the matter for years, and is finally seeing its goal come to fruition thanks to a partnership with the Aroostook Mental Health Center. Last year, the two groups received a five-year state grant to open two peer-run recovery centers in The County, one in Caribou and one in southern Aroostook.

The grant, which was awarded through the Department of Health and Human Services’ Substance Abuse Peer Support Recovery Centers program, totals $120,000 a year for the southern Aroostook area for four years with the potential of a fifth year based on results.

Stephen Tibbert, manager of AMHC’s Roads to Recovery Community Center in Caribou, told Houlton councilors Monday evening that the Southern Aroostook Recovery Center will open in the next month or two.

When asked by councilors where the center is located, Ellen Bemis, chief executive officer of AMHC, said the organization was still working on completing the lease agreement.

“We need to make a few changes,” she said. “There is a little bit of work that needs to be done to make it ADA [Americans with Disabilities Act] accessible.”

Tibbert said that AMHC wants the Houlton recovery center to be a significant resource to the community.

While it will not offer any medical treatment, he said, it will offer recovery support, prevention, support groups, and more. Tibbert said that the center in Caribou has a very successful relationship with the Caribou Police Department, which they hope to model with local law enforcement.

Numerous members of the law enforcement community were at the meeting, as were members of the district attorney’s office and probation and parole. Aroostook County Assistant District Attorney Kurt Kafferlin told councilors that he supported the idea of a recovery center.

“Between 80 and 85 percent of felony level crimes are directly substance abuse related,” he said. “The need for services is an important aspect of what the justice system is doing.”

He added that Aroostook County has fewer support systems for recovering addicts or those seeking help than other counties, making it harder for addicts to receive support or to break ties to those who are using.

“A recovery center where people may use positive rather than negative relationships is a great need,” he said.

Several individuals in recovery from addiction spoke in support of the center at the meeting, saying that addicts needed that assistance in order to get and stay off drugs.

Councilors said that they were supportive of the project and praised those who came out to speak publicly about their addiction.

June is generally a month that also marks the height of “kitten season,” when large litters of kittens are born and often end up in animal shelters.   Luckily, here at the Central Aroostook Humane Society, we have seen a dramatic drop in the cat population over the past five years, mostly due to our spay and neuter program.
What's Happening This Week END_OF_DOCUMENT_TOKEN_TO_BE_REPLACED