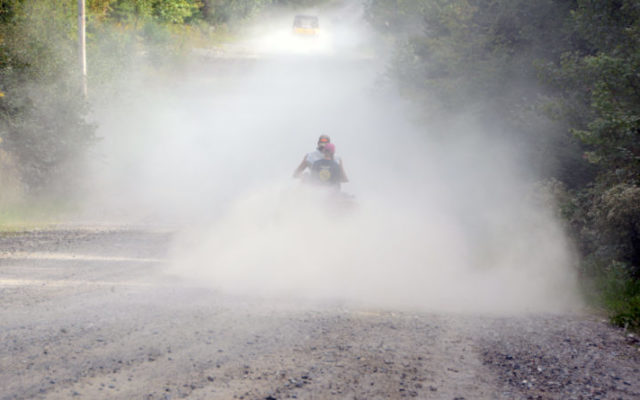 All it takes is one bad apple to spoil the bunch.

While most all-terrain vehicle riders are safe and respectful while operating their ATVs, some others aren’t. On Wednesday, Maine Gov. Janet Mills announced that she has formed an ATV Initiatives Task Force to address the riders who operate on the wrong side of the law, trespassing, damaging private land and making landowners reassess their access policies.

Through an executive order, Mills established the task force that will evaluate and recommend policy changes that will protect private lands and help preserve recreational opportunities, including ATVing, and the activity’s economic benefits, according to the governor’s office.

The task force will report back to the governor with recommendations on or before Jan. 1.

“Maine’s many responsible ATV users should not have to pay the price for the actions of a few irresponsible actors. But that may be the case unless we act,” Mills said. “Maine has a proud history of outdoor recreational activity, and I want to ensure it stays that way. This Task Force will help preserve our traditions and their substantial economic contributions while also protecting public and private lands.”

Judy Camuso, commissioner of the Maine Department of Inland Fisheries and Wildlife, said Mainers have long relied on a tradition of landowners allowing others to enjoy recreational access for off-road vehicles.

“The ATV task force is designed to ensure that the concerns of private landowners are addressed, in order to continue Maine’s tradition of landowners and land users working together to enjoy Maine’s outdoor recreational opportunities,” Camuso said.

ATV Maine, the Maine Woodland Owners and the Maine Forest Products Council each praised the formation of the task force.

“We support a complete review of the ATV trail system in Maine,” said Tom Doak, executive director of Maine Woodland Owners. “That system relies largely on the willingness of private landowners to allow access. The growth in ATV use, size and weight of machines and expansion of the trail network requires a fresh look.”

Patrick Strauch, the executive director of the Maine Forest Products Council, echoed Doak’s remarks, and pointed out that the ATV situation in Maine has changed over the years.

“The expansion of trails and increased size of ATVs is leading to serious concerns about property damage, environmental harm and safety in Maine’s working forests. We look forward to working with the Task Force on these challenging issues,” Strauch said.
The 14-member task force will be appointed by the governor and be made up of a very specific group of stakeholders, according to the governor’s office. The members will represent: Large forest landowners, a statewide forest products organization, a statewide small family woodlot organization, large farmland owner, statewide farming organization, utility corridor right-away owner, land trust organization, statewide ATV organization, combination ATV and snowmobile club, Maine ATV dealer, statewide snowmobile organization, the Department of Agriculture Conservation and Forestry ATV program, and the Department of Inland Fisheries and Wildlife Landowner Relations Program. It will be chaired jointly by Camuso and a member representing a large-forest or farmland owner.

The task force will:

— Create a plan to enforce compliance of trail construction an maintenance by the state, including discussion of third-party inspections;

— Create a communication and outreach plan for the Maine ATV trail system to include a focus on landowner considerations designed to educate the public on responsible ATV operation;

— Discuss ATV registration requirements based on size, width, weight and value; and

— Discuss the adequacy of funding for the oversight, construction and maintenance of the ATV trail network.

At the Houlton Humane Society, we take adopting the cats and dogs in our charge very seriously.
Campaign Corner END_OF_DOCUMENT_TOKEN_TO_BE_REPLACED