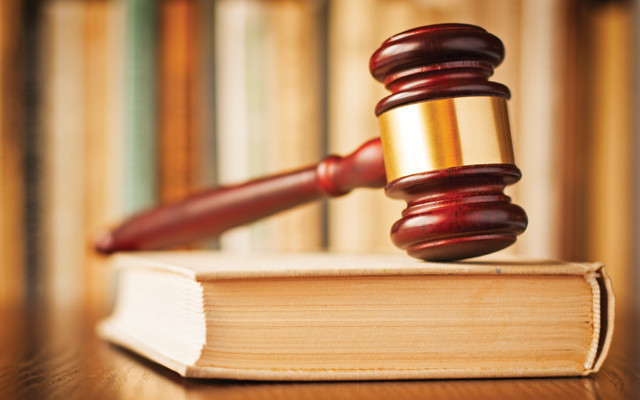 Judy Harrison • May 8, 2019
Jaroslav Hornof, Damir Kordic and Lukas Zak were detained in Maine for 2½ months in 2017 as witnesses against the shipping company they worked for while it faced charges of dumping oily bilge water at sea and falsifying a log book to cover it up.

Jaroslav Hornof, Damir Kordic and Lukas Zak were detained in Maine for 2½ months in 2017 as witnesses against the shipping company they worked for while it faced charges of dumping oily bilge water at sea and falsifying a log book to cover it up.

Now, the three foreign sailors — citizens of the Czech Republic, Croatia and the Slovak Republic, respectively — are suing the U.S. government in U.S. District Court in Portland, claiming they were deprived of their liberty without due process during the time they were detained as the federal government relied on them to make its case against their employer.

Hornof, Kordic and Zak are have sued the United States, the U.S. departments of Justice and Homeland Security, and the U.S. Coast Guard seeking to end the practice of detaining foreign sailors when the owners of foreign vessels are charged in federal courts. They also are seeking unspecified monetary damages.

The lawsuit has not been served on the defendants. Efforts to obtain comments from them were unsuccessful Tuesday.

Portland attorneys Edward MacColl and Marshall Tinkle, who represent the seamen, claimed in their 53-page complaint filed Monday that the defendants conspired to deprive the sailors and other crewmembers of their liberty without due process; to subject them to involuntary servitude; and to violate international law and the basic human rights of the seamen.

The M/V Marguerita, a slurry carrier that served the paper industry, first went to sea in early 2016. Between September 2016 and June 19, 2017, some members of the crew set up a system to bypass the oil-water separator and discharge bilge water into the ocean, and failed to keep an accurate record of the discharges, according to court documents. Hornof informed the company of the problem, and it was corrected.

The discharge was reported to U.S. officials, “remedial measures” were promptly taken, and the Marguerita went through an environmental audit conducted by a third party when it arrived in Brazil, court documents said. When the cargo ship arrived in Portland on July 7, 2017, more than a dozen U.S. Coast Guard agents came aboard to inspect the vessel and detained Hornof, Kordic and Zak for 2½ months.

As part of the litigation over the logbook falsification charge, the German owners of the ship paid a bond so the vessel would be released but the sailors remained in Portland, living in a motel, the complaint said. While the company continued to pay their salaries and expenses, the men’s passports were confiscated and, for a time, they were denied legal counsel.

A federal judge in Maine ordered the men be allowed to return home after being deposed by federal prosecutors. Shortly before they left Maine, the government issued subpoenas ordering the men to be available for a trial that had not yet been scheduled, the complaint said. That meant they could not return to sea because they had to be available to testify. The men came to the United States last year for what was supposed to be a trial but it was postponed after they arrived.

The case over the falsified logbook was resolved in November when U.S. District Judge Nancy Torresen ordered the German firm MST Mineralien Schiffarht Spedition Und Transport to pay a $3.2 million fine. She also placed the company on probation for four years.

“Mr. Hornof is responsible for stopping the pollution and for providing the evidence that ensured MST’s conviction,” she said in making the award. “He endangered himself and jeopardized his career by reporting this scheme, and he and his family experienced significant hardship when he was required to stay in the United States to assist the government for over two months during a period when he was needed at home in the Czech Republic.”

Hornof’s mother-in-law died July 30, 2017, and his wife was due to give birth in early November, according to court documents. He was able to return in late September.

All three men were fired but have not returned to sea because of concerns over being detained again, according to MacColl.

Next year's Caribou City Council will include a new member and a longtime councilor thanks to Tuesday's election.
Pets END_OF_DOCUMENT_TOKEN_TO_BE_REPLACED

Everyone who enjoys the company of a dog knows that sometimes dogs have strange behaviors.  They may arrive in your life with the behaviors already in place, or perhaps they are adopted as a puppy and develop a behavior young.
What's Happening This Week END_OF_DOCUMENT_TOKEN_TO_BE_REPLACED