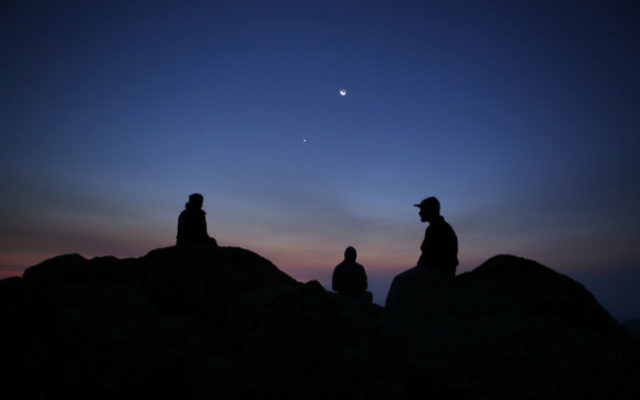 Erin Rhoda • May 14, 2019
Whether people in rural, northern New Hampshire return to their home county later in life doesn’t just depend on their perception of the job prospects there but whether they thought adults listened to them in their youth.

Whether people in rural, northern New Hampshire return to their home county later in life doesn’t just depend on their perception of the job prospects there but whether they thought adults listened to them in their youth.

That’s one of the findings of a rare, decade-long study that followed hundreds of young people in Coos County, New Hampshire, and that could influence discussions about the prospects of youth in Maine. This state has seen its number of working-age people steadily decline, particularly in more rural areas.

Starting in 2008, researchers with the University of New Hampshire’s Carsey School of Public Policy set out to better understand young people’s aspirations, choices and challenges, and invited all seventh- and 11th-grade students at public schools in Coos County to fill out a survey. Similar to parts of Maine, pulp and paper mills once served as the economic backbone of Coos County, which borders Canada.

Over the next 10 years, the researchers surveyed a total of 831 participants, including those who stayed in Coos County and those who left, up to six times. They wanted to know what influenced their decisions to leave or stay, and what drew back those who returned.

They also wanted to better understand the factors that protect young people from chaotic home environments, particularly during economically distressed times, and how best to support them.

After all, young people can determine a place’s direction. “Youth have been leaving rural communities for decades, and yet a vibrant future depends on young people staying or returning,” Mil Duncan, a professor emerita and Carsey senior fellow, wrote in the study, which was funded by the Neil and Louise Tillotson Fund of the New Hampshire Charitable Foundation, in addition to the National Science Foundation.

What may draw them back? It was young people’s perception of how well adults listened to them that seemed to influence their desire to return later on. Among those who perceived having a strong voice in their communities in 2008, 36 percent reported by the end of the survey that they hoped to make Coos County their long-term home, as opposed to only 21 percent of those who had perceived having a low degree of voice.

It seemed this was an area that could use improvement, as youth in Coos tended to believe that adults did not value their opinions. The economy was not the only thing that influenced whether people wanted to return to Coos.

“Instead, our findings suggest that young adults who leave Coos are more likely to return if they felt heard within their communities of origin during their youth. In light of the relatively low levels of perceived voice among Coos youth between 2008 and 2013, community leaders in Coos County might therefore do well to develop community programming with an eye toward convincing them that adults in Coos care about their concerns and opinions,” the study stated.

“We strongly encourage readers to connect with youth in their own communities to listen to their concerns and ideas as well. If no platform for this kind of discussion exists in your community yet, then perhaps it is time to create one.”

[We wanted to learn how to grow Maine’s economy. Here’s what we found.]

Here are some additional findings:

— People living in rural areas are more likely to report feeling attached to their community than their counterparts in more urban areas. But there are both positive and negative aspects to close community ties.

The vast majority of youth survey participants felt that people in their area were “caring, helpful, and friendly,” that they were “willing to help their neighbors,” that they “can be trusted,” and that the towns are safe and close-knit. But only about half of respondents (52 percent) agreed that people “care what kids think.” They felt bored (85 percent) and cut off from other communities (57 percent), thought the population was too small (66 percent), and felt that people judged others unfairly (71 percent) and liked to gossip (90 percent).

— Nonetheless, people’s feelings of attachment to their community can act as a buffer for the harmful effects of stress. Even among the most “stressed out” Coos youth, positive feelings about their home offset their risk for substance use later on.

More concerning, according to the study, is that those with the lowest aspirations were almost exclusively boys. Later on as adults, 50 percent of those youth were not working or in school.

“It is important to consider how enhancing youth experiences in these areas, as early as possible in their education, could elevate future aspirations, expectations, and attainment,” according to the study.

— Young people in Coos with the highest aspirations were the least likely to see themselves living in the county in adulthood, an issue that other rural communities have faced as well.

— However, those with the greatest feelings of attachment to their area may be more likely to return later on, even if they leave for a little while.

Many of you have been following Luke's story on our Facebook page. Luke came to the Ark last July with his sister Lydia at 8 weeks old. Both Luke and Lydia were in really bad shape with untreated upper respiratory infection.
Campaign Corner END_OF_DOCUMENT_TOKEN_TO_BE_REPLACED