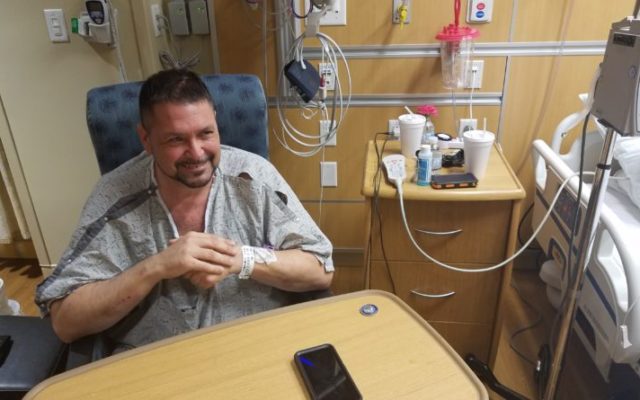 Emily Burnham • May 14, 2019
If the bullet had been an inch or two lower, Jim Parent might well be dead.

If the bullet had been an inch or two lower, Jim Parent might well be dead.

Several other bullets hit Parent in the back as he dove down a basement stairwell in the front vestibule of 118 Harlow St., in what Parent, a Brewer native, said was an attempt to deflect fire away from his friends inside the building at Tesoro Italian Restaurant. Those bullets just barely missed his spine.

Parent, an amateur mixed martial arts fighter who has worked as a bouncer and security guard at bars and nightclubs in Maine and New Jersey for more than 30 years, said he was just doing what he needed to do to protect his friends.

If things had gone slightly differently, many more people could have been injured or killed that night.

“I just wanted to give them a chance to escape. The front of that building is all glass. They’d have been sitting ducks,” said Parent, 53, who remained at Northern Light Eastern Maine Medical Center on Monday. “A few gunshot wounds is a small price to pay to know they are all safe.”

Bishop, 32, was charged with attempted murder, elevated aggravated assault and aggravated assault, according to the Penobscot County District Attorney’s office. A judge on Monday set bail at $100,000 cash or $200,000 in property.

In his long career as a bouncer, Parent said he has been hit with just about anything you can imagine would be in a bar — chairs, tables, shoes, purses, all sorts of different sizes of bottles.

He’s even had guns pulled on him multiple times, though no one had ever fired at him — until this past weekend.

It all started shortly before midnight, when Parent, a few restaurant employees and some friends were hanging out at Tesoro, which was open later than usual that Saturday night. Parent’s truck was parked directly outside the restaurant on Harlow Street, and he said he saw what appeared to be a man breaking into his vehicle.

When Parent and a few other friends went out to confront the man, later identified as Bishop, he said they found him urinating on Parent’s truck. Parent said he repeatedly asked Bishop to leave the premises. He left and Parent and the others returned to the restaurant, but Parent said Bishop came back and began taunting and swearing at him and others through the large windows in the front of the building. Parent went outside again, and a physical fight ensued.

Parent said that in his experience, when attempting to de-escalate a potentially violent situation, a calm demeanor and an appeal to the rationality of the argumentative person can often diffuse the tension. So when the alleged gunman returned to 118 Harlow St. after that initial confrontation, with what appeared to be a weapon in his hand, Parent told his friends who remained inside the restaurant to leave out of the back entrance immediately, while he went out to confront Bishop.

“Usually, if you say to someone with a gun, ‘You will go to prison. This is a felony,’ they will swear at you and leave,” Parent said. “That’s what I thought I could do this time.”

Parent’s attempt to talk the gunman down did not work, however. Parent and Bishop began chasing each other around Parent’s truck, which was parked in front of Tesoro.

It was at that point that Parent said he made a split-second decision to make a run for it into the stairwell in the front vestibule of 118 Harlow St.

“That area out there is wide open. There’s the library, and a park and a big open street,” Parent said. “If I’d run anywhere else he could have aimed right for me.”

Courtesy of Jim Parent
Jim Parent, who was shot multiple times by an alleged gunman early Sunday morning in downtown Bangor, shows the bullet wound on his head while sitting in his hospital bed at Northern Light Eastern Maine Medical Center on Monday.

The alleged gunman fired at Parent as he ran through the front door of Tesoro, shattering the glass doors. Parent said he continued to fire at him as he jumped down the stairwell, with bullets grazing his head and lodging in his back.

Parent said he wasn’t sure exactly how much time had passed while he was lying on the floor of the stairwell but that it couldn’t have been more than a few minutes before police officers showed up. According to the affidavit, Parent had made his way out of the stairwell just as they arrested Bishop.

“I wasn’t feeling the pain because I was just running on adrenaline,” Parent said. “Then I started to feel the pain.”

The 6-foot-4-inch Parent said he has wanted to be a protector for most of his life. In seventh grade, he was close to a foot taller than most of his classmates, and he preferred to stand up to bullies, rather than be the bully himself. He compared himself to Dalton, the character played by Patrick Swayze in the movie “Road House.”

“As long as I can remember, that’s the kind of thing I’ve wanted to do,” Parent said. “I’m a big guy. I’ve worked at bars for decades. That’s how I know all these people. It’s a big community. I just wanted to protect my friends.”

That said, Parent ironically is in the process of transitioning out of security work. One of the reasons he was at Tesoro that night — besides watching the Bruins game — was to work on his bartender skills with a friend who works behind the bar at the restaurant. Parent is planning to work as a bartender and hopes to eventually open his own bar or restaurant.

“I’ve told people, ‘I’m getting too old for this stuff,’” he said. “I guess this was my time to have this to happen. But now I’m really out.”

It was a freezing day across The County, but you could hardly tell from the turnout. Even after a massive surge in absentee ballot requests across the Central Aroostook area, droves of people came out to vote in Presque Isle, Mapleton, Washburn and Fort Fairfield.
Pets END_OF_DOCUMENT_TOKEN_TO_BE_REPLACED