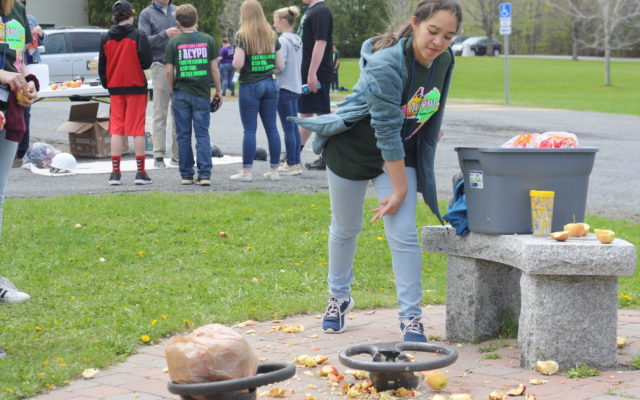 Melissa Lizotte • May 26, 2019
Human brains are much more fragile than one might think, despite the brain being protected by a hard skull and head. That’s the lesson seventh-graders from across Aroostook County learned on Thursday thanks to a hands-on, and sometimes sticky, activity.

PRESQUE ISLE, Maine — Human brains are much more fragile than one might think, despite the brain being protected by a hard skull and head. That’s the lesson seventh-graders from across Aroostook County learned on Thursday thanks to a hands-on, and sometimes sticky, activity. 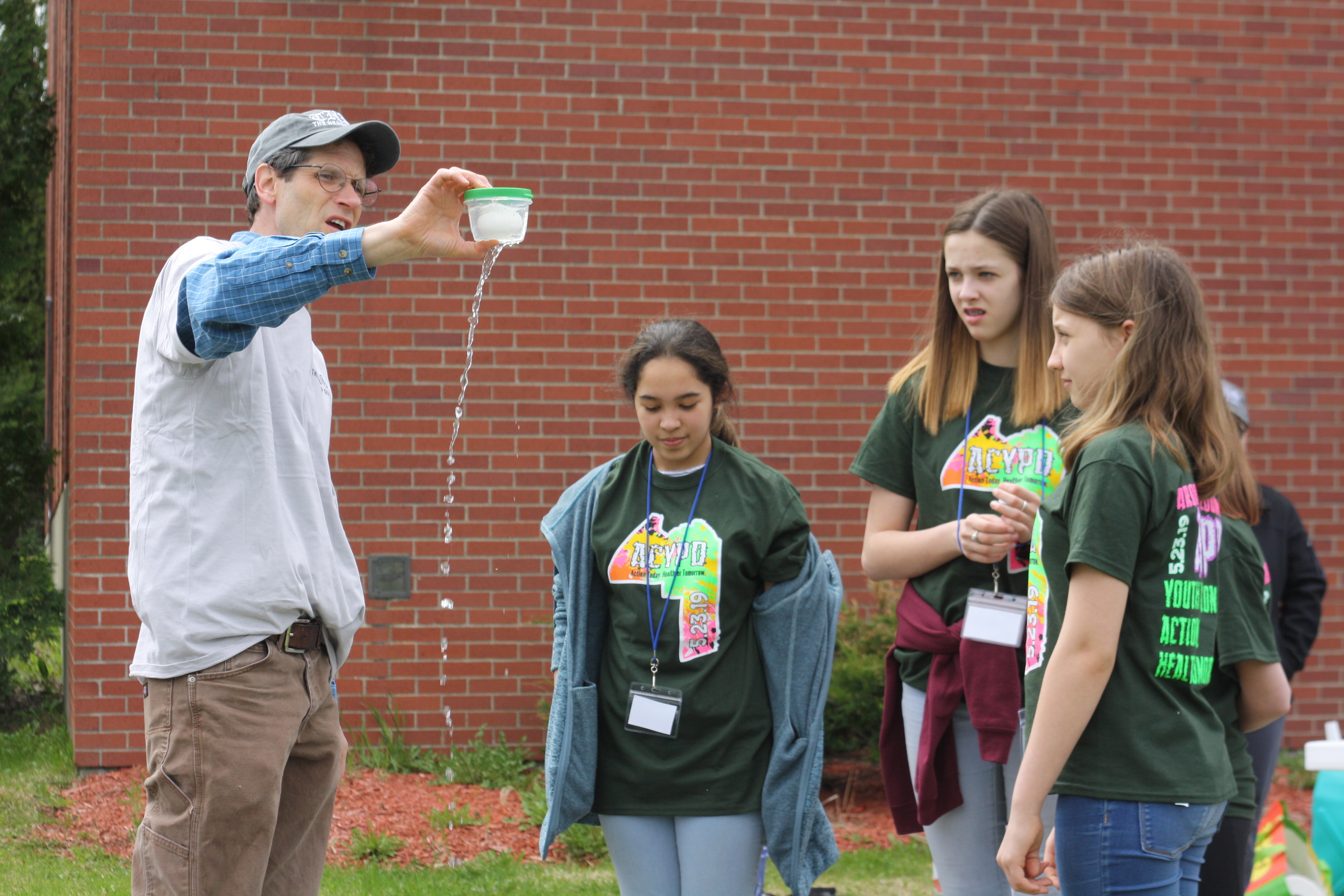 During the second annual Aroostook Youth Prevention Day, students gathered outside the University of Maine at Presque Isle’s Folsom Hall for a lesson on concussion prevention.

Volunteers from County Physical Therapy and Northern Light A.R. Gould Hospital used apples and eggs to show students the devastating damage that can occur when young brains hit against hard pavement or a steering wheel.

Brandon Howlett, a Northern Light family nurse practitioner intern and registered nurse, showed students two steering wheels: one with an “airbag” — a plastic grocery store bag — and one without. Students took turns smashing apples and found that apples that hit the “airbag” sustained only minor bruises. The apples that hit the steering wheel without an airbag splattered against the wheel and across the lawn, representing the distortion that happens in a human brain after a concussion.

Howlett explained to students that if their heads hit against an airbag, a concussion can occur because of the airbag’s hardened surface after its inflates. But hitting their heads against a metal steering wheel without the aid of an airbag can damage the frontal lobe of the brain. 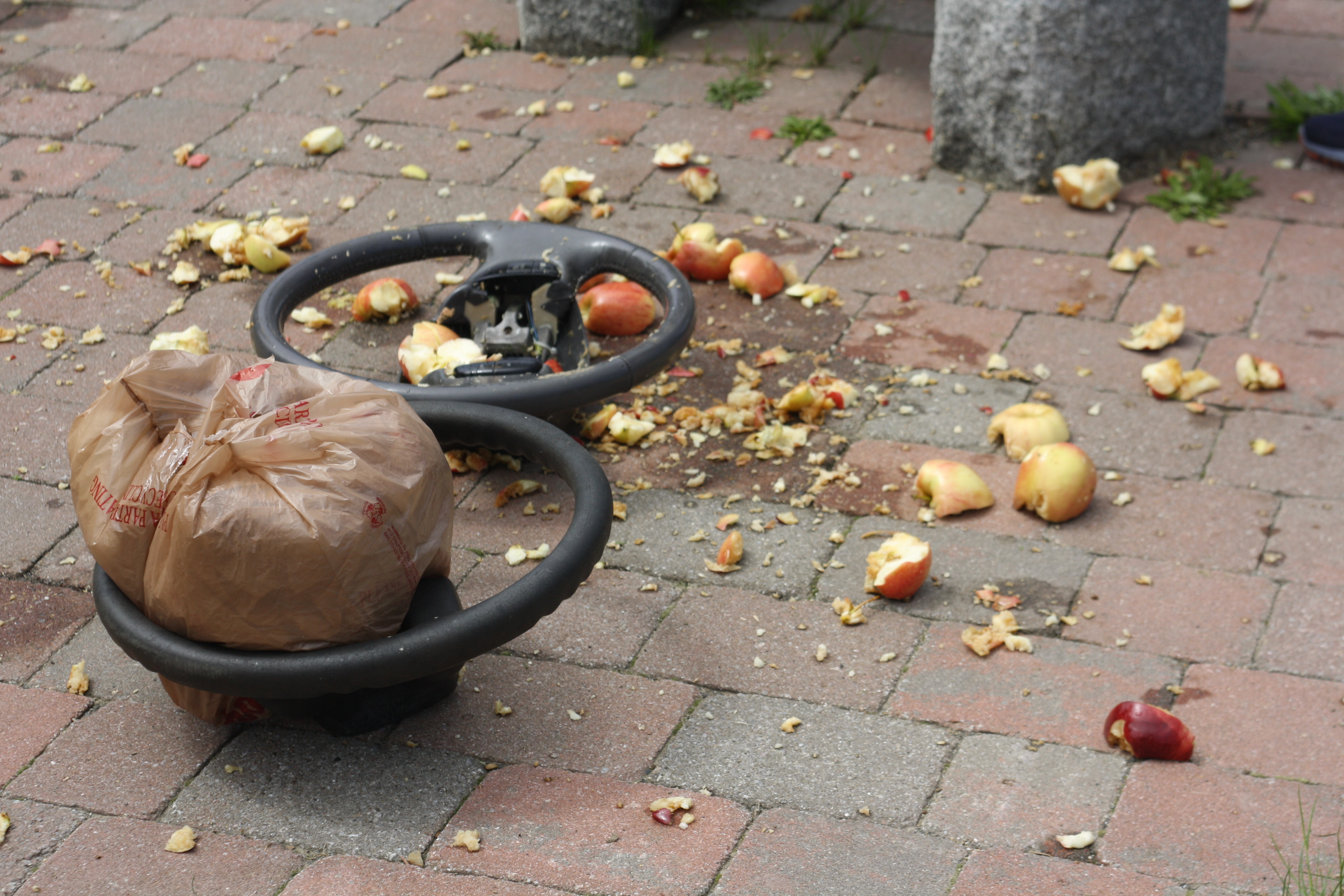 As part of a concussion prevention workshop during Aroostook Youth Prevention Day, students demonstrated with apples how much the brain can become “scrambled and smashed” after serious injuries. (Melissa Lizotte | The Star-Herald)

That part of the brain controls judgment, planning and problem solving, concentration, speech and body movement — all of which are crucial skills for succeeding in academics and sports.

“If you play sports and your head hits against someone else’s forehead, your head will bounce back on impact. That will damage both the front and back parts of your brain,” Howlett said. “The back part of your brain controls vision and balance.”

Caribou Middle School students Prudence Napalapalai and Riley Cray demonstrated the hard impact of head butting by pounding two apples together, which greatly bruised the outer edges. They learned that with enough impact an athlete could potentially miss school for six weeks to fully recover from a concussion.

“It’s good that we were able to learn more about concussions and how important it is to wear a helmet,” Napalapalai said.

Another portion of the workshop — which was called “Smashed and Scrambled Brains … And Reasons Why Your Head is More Like An Egg Than a Potato” — featured Northern Light pediatrician Peter Morningstar.

Morningstar demonstrated how an egg in a plastic container is much like a human brain covered by a skull. When dropped, the egg won’t break completely but the shell will puncture, allowing yolk to seep out.

“When you hit your head on pavement everything may look fine on the outside, but on the inside your brain looks like this egg yolk,” Morningstar said, holding up the container with the yellowish egg yolk inside. “Your brain is bathed in fluid that functions like a pillow.” 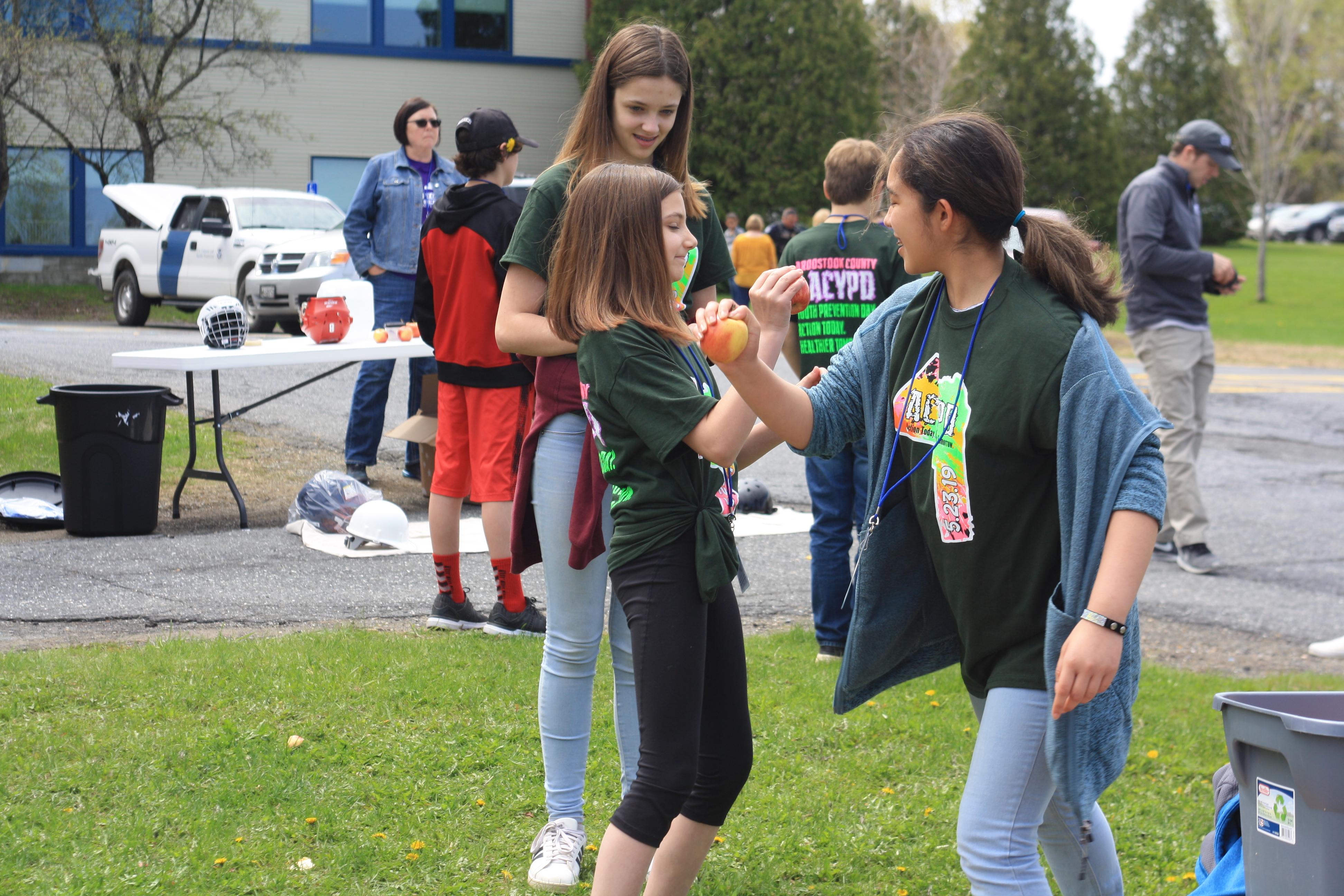 The concussion workshop was just one of 22 workshops that were held as part of the Aroostook Youth Prevention Day. Other topics during the daylong event included drug and alcohol abuse prevention, building healthy relationships, diet, physical fitness, emergency preparedness and cultural diversity.

“Middle-schoolers are at the age where they begin to make more choices on their own and want to try new things,” Haskell said. “We hope that what they learn today can help them make smart choices moving forward.”

Recently the Boys & Girls Club of Presque Isle, a program of the Aroostook Band of Micmacs, obtained grant funding from the federal Substance Abuse and Mental Health Services Alliance that will allow the partner organizations to host Aroostook Youth Prevention Day for the next five years.

At the Houlton Humane Society, we take adopting the cats and dogs in our charge very seriously.
Campaign Corner END_OF_DOCUMENT_TOKEN_TO_BE_REPLACED