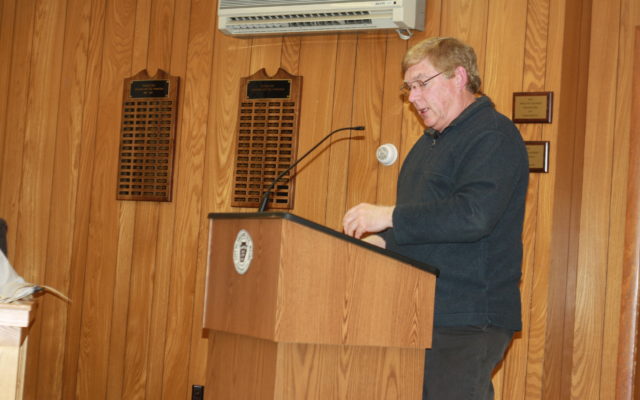 Melissa Lizotte • June 7, 2019
The Presque Isle City Council received an update during their meeting on Wednesday, June 5, on efforts to create an official economic development office and related job positions.

PRESQUE ISLE, Maine — The Presque Isle City Council received an update during their meeting on Wednesday, June 5, on efforts to create an official economic development office and related job positions.

Aside from the new director of economic and community development, the committee proposes three additional positions: a building supervisor, building inspector and an administrative assistant.

Freeman suggested that code enforcement officer George Howe assume the position of building inspector and Penny Anderson, current administrative assistant for planning and development, take on that same position in the new department.

“The only new position we would add is the building supervisor,” Freeman said.

Although the council took no action regarding the proposed positions, Freeman passed out copies of a full department proposal for later review. He said the committee, which also includes members of the Presque Isle Industrial Council, hopes to hire an economic and community development director by late July or early August.

Some of the new director’s tasks will include meeting with representatives of businesses who are interested in locating to the city, working towards downtown and industrial park revitalization, managing city events and maintaining contact with local and state agencies such as the Chamber of Commerce, the Maine departments of labor, transportation and environmental protection and local business owners.

“Thank you for the hard work that you and the committee have done so far,” said council chairman Mike Chasse. “I think there’ll be a lot of room for the department to work with the Industrial Council and make sure there’s no overlap with what they do.”

In other business, Freeman gave an update on a project to establish a sanctioned ATV route from Presque Isle to Mapleton, on behalf of the Star City ATV Club. Currently, to arrive in Mapleton, ATV riders must travel from Parsons Road in Presque Isle to Washburn and then take a connecting trail to Mapleton.

Councilors did not take any action regarding the Hanson Lake trail, as the ATV clubs still have to complete maintenance work before gaining approval by the City Council and Industrial Council.

The next regularly scheduled meeting of the Presque Isle City Council will take place Wednesday, July 10, at City Hall.

Most of us have had just about enough of hearing about COVID-19 and the different variants that are popping up, but unfortunately, this pesky virus is still around.  It’s important to know a few warning signs and tips if you think you or your furry family members are affected with this illness.
What's Happening This Week END_OF_DOCUMENT_TOKEN_TO_BE_REPLACED