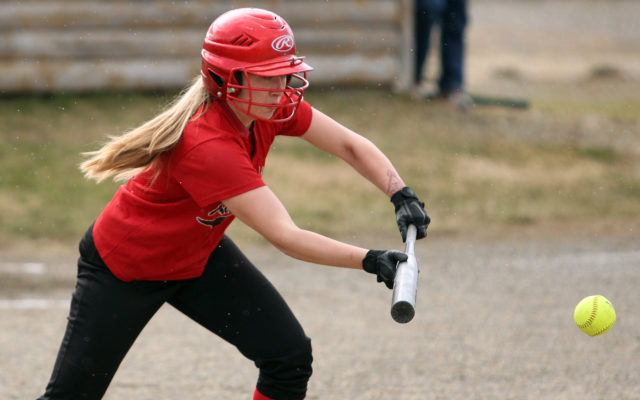 Cougars advance to semis with win over Woodland

Cullen twirled a complete game, striking out 10 Woodland batters, and also ripped two doubles at the plate to help her cause. 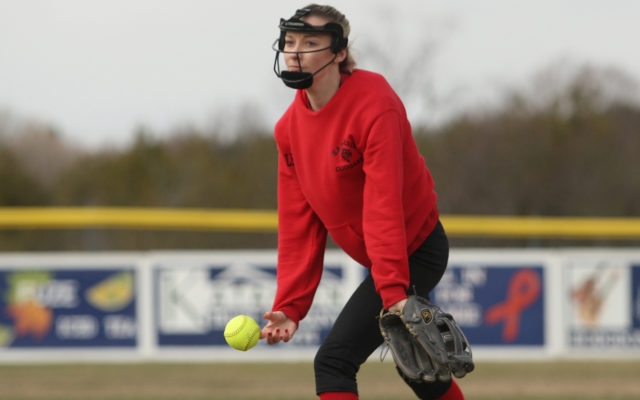 Katahdin’s Lily Cullen delivers a pitch to the plate during a regular season game April 18 against Hodgdon. Cullen struck out 10 in Thursday’s Class D North quarterfinal, lifting No. 1 Katahdin to a 9-5 victory over No. 9 Woodland. (Joseph Cyr)

“The girls had a few early playoff jitters, but played through them,” Katahdin coach Justin Stevens said. “They played well, kept battling the entire game and never gave up once.”

Katahdin (14-1 overall) advances to Saturday’s semifinal contest against No. 4 Stearns (14-3) of Millinocket. Stearns defeated No. 5 Ashland, 7-6, Thursday in the quarterfinals. That game will be played at 3:15 p.m.

Collectively, the Cougars bashed 11 hits in the game with Emma McNally adding two doubles, Kayla Parsons (2 singles), Erin Lake, Makayla Hartsgrove and Jordyn Gardner each with a double, and Lindsay Drew and Shelby Lewis each with a single.

For Woodland (7-9 overall), Sadie Smith struck out two inside the pitching circle. Belle Moody and Dani Poole each had a triple, while Kenzie Campbell, Smith, Emily Curtis and Courtney Francis each had a single.