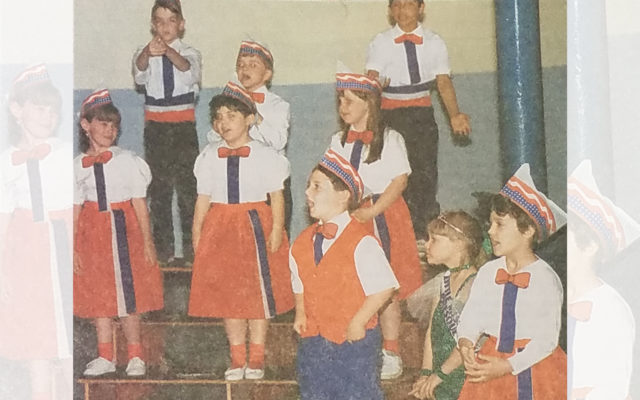 Contributed • June 12, 2019
It was pleasant news for his Washburn friends that Rev. Delber Wallace Clark, rector of All Saints’ Church, Staten Island, who graduated from Washburn High School in the class of 1907

Degree of S. T. B. — It was pleasant news for his Washburn friends that Rev. Delber Wallace Clark, rector of All Saints’ Church, Staten Island, who graduated from Washburn High School in the class of 1907, and from Colby in 1911, received the degree of S. T. B. from Union Theological Seminary, N.Y. Mr. Clark was the first graduate from Washburn High School to receive a degree higher than A. B.

Pine Tree Society — Miss Sue V. Thompson, well known business woman of Aroostook County, was appointed to serve on the Nominating Committee of the Pine Tree Society of which she was a director. Miss Thompson went to Augusta to attend a board meeting which was being held. She attended the luncheon at the Blaine Mansion, where she was the guest of Mrs. Summer Sewall during her stay in Augusta.

Tanner addresses Rotary — Merrill Watson of New York City, executive vice president of the Tanners’ Council, was the principal speaker at the Rotary Club luncheon, describing the part played by leather in the war and the post-war picture in general. A native of Easton, Watson explained that shoe rationing was necessary because the Army consumes 40 per cent of the cattle hide leather or ten million hides. Removal of shoe rationing will come only with a cutback of government orders, Watson said.

The ‘Ship’ dedicated to Parker — The Ship, the Presque Isle senior class yearbook, was dedicated to Carroll E. Parker, head of the English Department. Parker was a graduate of the University of Ottawa and received his master of arts degree from St. Mary’s University. The dedication presentation read: “To a friend who, through his frank and sincere approach, taught us the importance of honesty and individuality and made learning a fascinating and challenging experience. His concern for us as individuals and his dedication to our learning have made him a teacher who we will never forget. It is with a great deal of pleasure and pride that the class of 1969 dedicates this edition of the Ship to Mr. Carroll E. Parker.”

Washburn church dedicated — The newly constructed St. Catherine’s Catholic Church was dedicated on June 1. The Most Rev. Peter L. Gerety, coadjutor, apostolic administrator of the Diocese of Portland, presided, assisted by the Rev. Roger Labrecque, assistant chancellor, of Portland. Prior to entering the edifice, Bishop Gerety offered a special prayer of blessing on the church. Recitation of psalms and recitation of litany of saints was given.

Aquarium project grows — What began as an elementary school science project developed into a “caring and sharing” situation at Pine Street Elementary School. A fish tank, purchased several years ago to supplement the gifted and talented program, turned into a substantial effort which benefited the entire school. Students used the fish tank to discover the wonders of fish and underwater life. Under the direction of science teacher, Marty Pritchard, students wrote of their discoveries while sharing the responsibilities of feeding and caring for their finned friends.

Saying goodbye — Several hundred Ashland area residents gathered in the Ashland Community High School gymnasium June 4, to formally say goodbye to Rev. George C. Pelletier, pastor of St. Mark’s Church in Ashland. Pelletier, who faithfully served the church’s parishioners for six years, was reassigned to a parish in Jay. The avid outdoorsman and chaplain for the 1st Battalion, 152nd Field Artillery, Maine Army National Guard in Caribou, was honored in word and song by a number of friends, including battalion commander, Lt. Col. Donald A. Tardie of Ashland, who presented Pelletier with the Order of St. Barbara medallion. Pelletier was the first chaplain in the state to ever receive the prestigious award.

Only one member of Maine’s congressional delegation had come out in favor of impeaching President Donald Trump ahead of House Speaker Nancy Pelosi’s Tuesday announcement that the Democratic-led House of Representatives would begin an impeachment inquiry.
Pets END_OF_DOCUMENT_TOKEN_TO_BE_REPLACED

We think a cat can make for the best pet in the world. To truly love a cat, you must learn to accept them for what they are -- unpredictable and quirky, which is something unique and unlike any other pet.
Campaign Corner END_OF_DOCUMENT_TOKEN_TO_BE_REPLACED