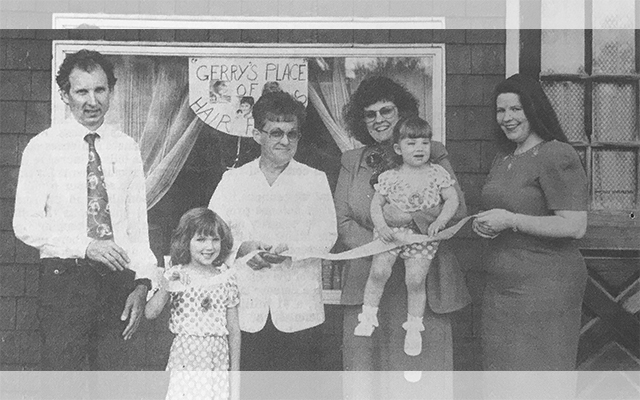 A public park — At the special town meeting held in town hall, this Friday forenoon, the public park enthusiasts gained a big victory. There were those there who opposed the idea but they were pitifully in the minority. That which Houlton needs, a beautiful public park, is now assured. It was voted by a vote of 103 to 44 to instruct the selectmen to take the land, previously described in this paper, for public park purposes. All who have been interested in this matter are highly elated over the results of the meeting.

Moving machinery — Campbell’s Bakery, which has their salesroom on Court Street, have moved their machinery that was in this place, to their bakery on Pierce Avenue, where they have a large modern sanitary bake shop, and where all cooking is done.

Field Day — The first annual Field Day to be held by the Holstein-Friesian Association will be held at Davidson on June 17. This is the home of the Summit Farms, where a fine herd is to be found. Mr. Gilpatrick, a prominent member of the Association, is very enthusiastic over the farmers of Aroostook County taking more to diversified farming in the future.

Wedding anniversary— Mr. and Mrs. Isaac Sawyer of Linneus Saturday observed their Golden Wedding anniversary in the house which has been their home for 50 years. The couple were married at the Methodist parsonage in Houlton, June 17, 1894, by the late Rev. Fred H. White.

Buys restaurant — Cyril Hogan, proprietor of the Heywood Cafe here, this week announced he has purchased the well known Colonial Restaurant in Skowhegan. Mr. Hogan was in Skowhegan last week making arrangements for the complete renovation of his new establishment, which he will officially open next Monday. Mrs. Sadie Hand, who has been employed in the Heywood here, will have charge of the Skowhegan restaurant.

Convention — Houlton was host to the 48th annual convention of the Maine Federation of Business and Professional Women’s Club this past weekend. The Ricker College Commons served as the convention site, and among the dignitaries were: Mrs. Mildred McIntosh, president of the Houlton BPW; Miss Virginia Grant of Augusta, newly installed president of the Maine Federation; Mrs. Verna Johnson, retiring State president; Mrs. Jeanne Squire, National treasurer and a guest speaker; Miss Lucia Cormier, Maine District Director of Customs and a guest speaker; and Mrs. Mildred Porter of Houlton, director of District 6.

Named as tax assessor — The Town Council attempted to solve one of its most pressing problems Monday night when it named J. Thomas Fitzpatrick to the post of Tax Assessor. The appointment is for a three-year term, and carries an annual salary of $8,000.

New location — Northland Motors has moved to its new location on the North Road and attending the ribbon cutting for the new shop were: Joyce Fitzpatrick, town councilor; Marguerite Lawlor, president of the chamber of commerce; Dwight Mills, president of Northland Motors; Walter Goodrich, planning board chairman; and Nancy Ketch, chamber of commerce executive director.