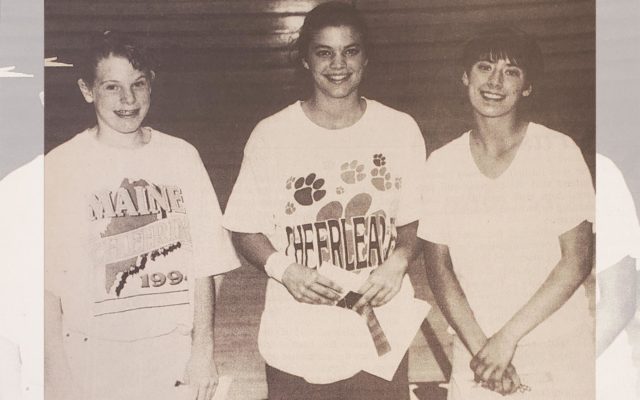 Compiled by Yvonne Tardie, Special to The County • July 6, 2019
The following Ashland boys, who enlisted in the forestry unit, returned home, having served for the period of their enlistment

Joseph Freeman purchased Knox Block — Joseph Freeman of this city, proprietor of the Presque Isle Grill, purchased from Herbert Knox the Knox building on Main Street. The structure included a grocery store, which was being operated by Freeman, Jack’s Restaurant, and several apartments in the upper floors.

Maxwell Rand awarded Good Conduct Ribbon — Maxwell C. Rand, son of Mr. and Mrs. Wallace Rand of Presque Isle, was awarded the Good Conduct Ribbon overseas, on May 17, 1944, by the commanding officer of his organization and he was entitled to the Good Conduct Medal. This ribbon was presented as a reward for demonstrated fidelity through faithful and exact performance of duty, efficiency through capacity to produce desired results, and for behavior such as to deserve emulation.

Dr. Wieden headed Task Force — President Clifford O. T. Wieden, head of Aroostook State College of the University of Maine, was named chairman of a task force to study Maine’s library needs. Preliminary planning recommending the task force was conducted by the Planning and Development Committee of the Maine Library Association. “This study is the result of a survey of Maine’s libraries that shows that less than one percentof our libraries meet minimum standards of operation, that more than 50 percent of our population has token library service and that the libraries of the University of the State of Maine hold less than half the minimum number of volumes needed for adequate curriculum support,” Governor Kenneth M. Curtis said.

Environmentally concerned — Four students at the University of Maine at Presque Isle, Daniel J. Kurpaska of Caribou, Heidi D. Nelson of Houlton, Stacey A. Kelly of Fort Fairfield and Mary A. Undergust of Washburn, made oral presentations on selected topics of environmental importance as part of their environmental studies senior seminar course. According to Dr. Stuart Gelder, professor of biology and zoology, the seminar was the capstone course for students pursuing a degree in the environmental science program. The oral presentation, along with a written report, gave the students the opportunity to investigate a problem, evaluate the available information and then present the facts. A well presented report is then of significant value when the students go for a job interview.

Many of you have been following Luke's story on our Facebook page. Luke came to the Ark last July with his sister Lydia at 8 weeks old. Both Luke and Lydia were in really bad shape with untreated upper respiratory infection.
Campaign Corner END_OF_DOCUMENT_TOKEN_TO_BE_REPLACED