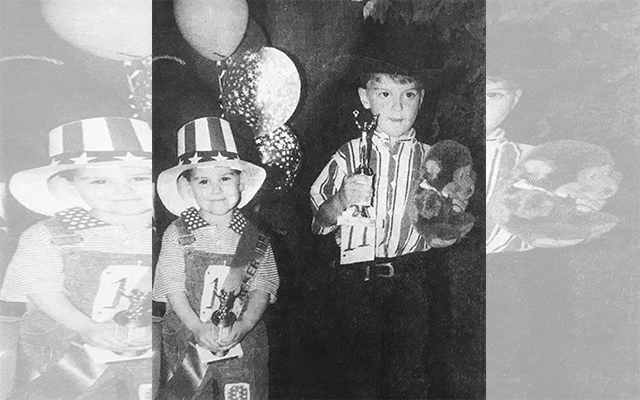 Lanette Virtanen • July 10, 2019
115 Years Ago - July 8, 1904      Extending lines — Houlton and Danforth can soon say ‘Hello’ as M. L. Porter is rapidly extending his telephone between the two towns and it is only a matter of a few days before they will be connected.

Extending lines — Houlton and Danforth can soon say ‘Hello’ as M. L. Porter is rapidly extending his telephone between the two towns and it is only a matter of a few days before they will be connected. He is also to have his cottage at Grand Lake soon connected to the central office at Danforth.

Work ongoing — Work on the large storehouse of the A. H. Fogg. Co. is progressing rapidly. The superstructure is already finished and work will soon begin on the main building.

Big show for Houlton — John Robinson’s circus is coming to Houlton July 12 and will take possession of the old show grounds early on the morning of the exhibition day to prepare for the parade and two performances. The first section of the mile-long circus train will reach town about daylight and the work of unloading will be commenced at the peep of dawn.

Reorganized — The Palmer Kandy Kitchen has recently reorganized as the Palmer Ice Cream Co., with Sergt. Burleigh Hinch as a member of the new concern.

Cafe bought — Jack D. Champeon of Presque Isle, formerly of Houlton, this week purchased from Cyril Hogan the Heywood Cafe, located in the Heywood Apartment block on Court Street, and took possession yesterday as active proprietor of the establishment. The sale was made through the J.R. Harvey Agency. Mr. Hogan, former proprietor, last week purchased the lunch room known as Blondie’s Lunch on Main Street, next to the Dunn Furniture store, and is now operating that establishment.

New pharmacist — Robert Lester arrived here this week to assume his duties as manager and pharmacist of the Houlton Drug Company, formerly French’s. Mr. Lester has been working as a registered pharmacist in Boston for the past two years.

Just when we thought we were out of the woods with kitten season, it has hit full force.  The past few days have been difficult answering the phone and hearing the stories of why people have litters of kittens they need to surrender.
Campaign Corner END_OF_DOCUMENT_TOKEN_TO_BE_REPLACED