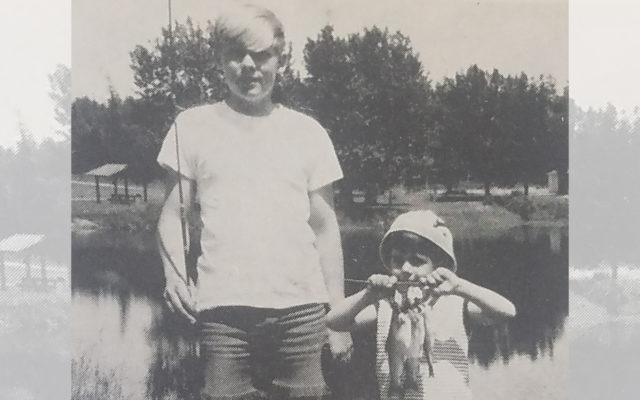 Compiled by Yvonne Tardie, Special to The County • July 10, 2019
Mr. Axelrod of New York, of the firm of Marks & Axelrod, was in town.

Changing business — Mr. Axelrod of New York, of the firm of Marks & Axelrod, was in town. This firm, which had changed its business from buying chiefly to growing potatoes, was among the largest in New England in its specialty of potato raising. It had that season a plant of 350 acres, most of which was on three adjoining farms near this village. During that time, the crop was in fine condition and had every indication of a good yield.

Corporal Niles home from Italy — Corporal Myron N. Niles, the son of Mr. and Mrs. E. M. Niles of this city, and a veteran of the North African and Italian campaigns, arrived home. He received his medical discharge from the Army. He had been ill in an Italian hospital camp prior to his return to the States.

First lieutenant — 1st Lt. Philip C. Walker of Big Spring, Texas, son of Mr. and Mrs. William E. Walker of Presque Isle, was promoted to his rank from that of second lieutenant, announced Col. John P. Kenney, commanding officer of the Big Spring Bombardier School. A former student of the Fort Fairfield, Maine, and Naugatuck, Conn., high schools, Lt. Walker also attended the University of Tampa in Florida, and was an accountant for the Bradburn Radio Corp. in Houston prior to his enlistment. He was stationed at this field as a bombardier instructor since receiving his commission here in April 1943.

Extra aid — School Administrative District No. 1 received an additional $36,000 in state general purpose aid for the 1969-70 school year, Superintendent Joseph McBrine announced. As a result, the district held a second budget meeting to determine the use of the funds. The money was appropriated by the 104th Legislature in a bill which required school districts to hold budget sessions before Aug. 1.

$40 Million returned to taxpayers — The Internal Revenue Service refunded $39,940,462 to taxpayers in Maine since January, District Director Whitney L. Wheeler announced. Included were $38,925,539 refunded to 244,147 taxpayers and $1,014,923 to 1,742 businesses. Director Wheeler also announced the Internal Revenue Service Center, Andover, Mass., detected 335,134 errors while processing the first 295,286 Maine returns. Of this number, more than 6.695 were errors made by taxpayers who overcharged themselves $1 or more. In the first 56,983 business returns processed from Maine, there were 3,442 errors.

Hemphills are ‘Farm Family of the Year’ — A highlight of the annual Maine Potato Blossom Festival was the traditional Industry Dinner, held to honor a local family as the Farm family of the Year. The dinner was held at Richard Shaw’s potato house and recognized Presque Isle’s Hemphill family as the outstanding farming family for 1994. The Hemphill family is a five-generation farm family with farming roots dating back to 1885. Joseph Hemphill, originally from Knowlesville, New Brunswick, brought the family to Presque Isle in that year. He cleared land in the Creasey Ridge area of Presque Isle and engaged in farming.

Only one member of Maine’s congressional delegation had come out in favor of impeaching President Donald Trump ahead of House Speaker Nancy Pelosi’s Tuesday announcement that the Democratic-led House of Representatives would begin an impeachment inquiry.
Pets END_OF_DOCUMENT_TOKEN_TO_BE_REPLACED

Last week, we received a phone call about a cat that was in desperate need of help. The young lady said she found a cat that was very skinny and crying and that there was blood in the snow.
Campaign Corner END_OF_DOCUMENT_TOKEN_TO_BE_REPLACED