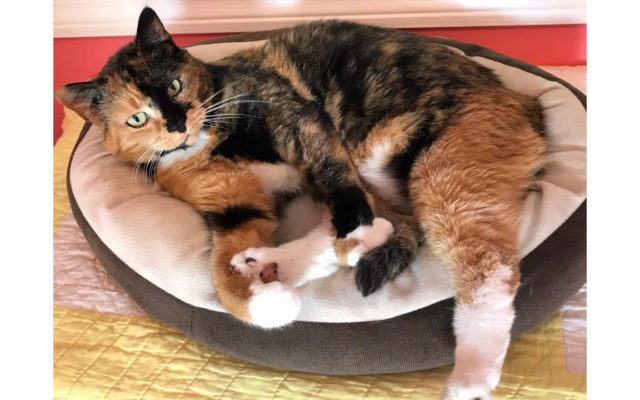 Animal shelter numbers decrease in some areas, but not others

Her previous pet, a 14-year-old longhair cat, died late last year, and she felt that she was finally able to choose another pet.

“At first, I thought I would just look in the newspaper or on the Internet and buy a kitten,” she said. “They are so cute, and I love cats when they are in that frisky kitten stage.”

When she mentioned the idea to some coworkers, however, they helped change her mind.

“When I mentioned that I was likely going to buy a kitten, they immediately talked me into visiting a shelter before I even looked for one,” she said. “I have never visited a shelter before, and I really hadn’t even thought about it until they told me about all of the animals across the state and the nation who need homes. So that is the direction I am going to go in. I am currently checking out a number of shelters to find the best animal for me.”

Across Aroostook County, animal shelters are experiencing both a surprising dearth of cats and dogs at their facilities, or are crowded with potential pets.

Betsy Hallett is the executive director of the Central Aroostook Humane Society in Presque Isle. Throughout the year, she said Friday, the shelter has experienced unusual periods where they have far fewer animals than they have in the past.

In February, the shelter had 35 cats and 2 dogs, far below numbers in the past. Hallett said that the shelter would typically start out the year with 100 or more cats at the shelter, all in need of good homes. The cat capacity at the shelter is between 100 and 130 cats.

Currently, they have 15 cats available for adoption, along with one dog.

“We are doing very well, actually,” she said. “I am amazed by it. We always have more cats than dogs, and people are usually quicker to adopt dogs.”

She said more people are becoming educated about spay and neuter programs, and added that shelters across the country are doing more to raise awareness about animals in need of adoption.

Still, she was cautious about getting too excited about the decreased animal population this summer.

“All that can change in a day,” she said. “All it takes is one or two individuals to change that, one or two people who have not spayed or neutered and they now have a bunch of kittens or puppies they can’t care for.”

In Houlton, the situation was markedly different.

Lorraine Monfils is the director of the Ark Animal Sanctuary. An obviously frustrated Monfils said Friday that the cat population at her facility continues to be an issue.

“We have the capacity for 50 cats,” she said. “We now have 70 cats. We are really not set up to take dogs, and only take those that are in the worst situations.”

Monfils said that her anger and frustration over the cat population was especially exacerbated this week, as two small kittens were brought to the facility. They were emaciated, full of mites and had severe eye issues. One of the cats just had one of its eyes removed during surgery.

She said that the sanctuary is constantly educating people about programs out there to help reduce the pet population. They include The Cleo Fund, a statewide program that provides vouchers to pet owners so that they can get their pets spayed or neutered at a reduced cost, or free in some cases. The nonprofit organization is based out of West Kennebunk. There is also the Help Fix ME Fund, a statewide low-cost spay/neuter program for cats and dogs, including pit bulls and pit bull mixes. Various other communities, organizations and county agencies also offer reduced cost spay/neuter programs, according to spaymaine.org.

“I just don’t understand people that are irresponsible about pets,” she said. “Especially when there are so many programs out there to help them if they face financial obstacles. I guess I never will.”