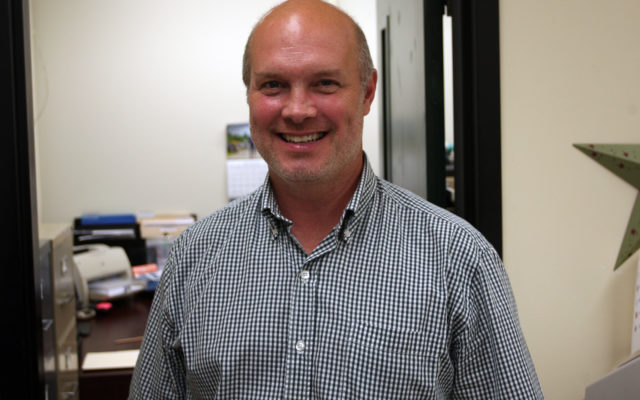 Joseph Cyr • July 29, 2019
Matthew Oliver, a 1987 graduate of Hodgdon High School, is returning to the educational field after a 15-year hiatus.

HODGDON, Maine — Matthew Oliver, a 1987 graduate of Hodgdon High School, is returning to the educational field after a 15-year hiatus.

Oliver was named as the new principal at Mill Pond Elementary School by the SAD 70 school board during a special July 22 meeting. He succeeds Loreen Wiley, who resigned from the position in early July.

“I look forward to working with the students, staff and parents associated with the Mill Pond School,” Oliver said. “Together, working as a team, we can ensure that students have every opportunity to reach their full academic and social potential.”

Oliver was a standout basketball player at Hodgdon, becoming the school’s only 2,000 point scorer during his senior year.

In July 2004, he moved back to Hodgdon with his wife Lee-Rae and started a dairy farm. They now have three children. Oliver said he is in the process of trying to sell his dairy farm.

Earlier this year, he was named as the varsity boys basketball coach.

At the same special meeting, Wiley was hired as a grade seven-eight math teacher at Hodgdon Middle-High School.

“I take a lot of pride in our SAD 70 community and will do everything in my power to provide Mill Pond School students with a safe and academically challenging environment,” Oliver said. “If anyone would like a tour of the school or to learn about the many exciting academic and co-curricular programs we offer, please contact the school at 532-9228.”