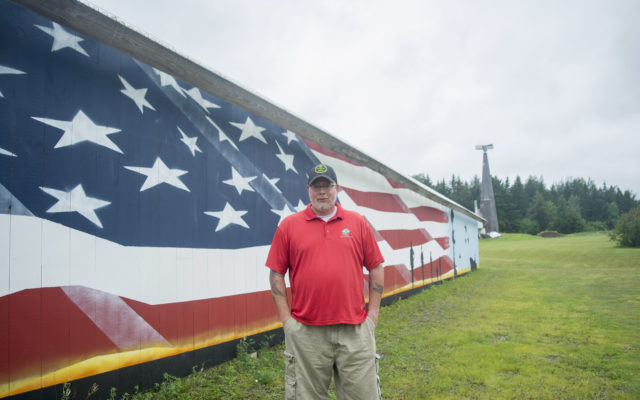 Farm of Hope in full swing with big future plans

Chris Bouchard • August 10, 2019
Just three years ago, United Veterans of Maine President John DeVeau had the idea of creating a homeless shelter where veterans could work on-site and sustain themselves.

CARIBOU, Maine — Just three years ago, United Veterans of Maine President John DeVeau had the idea of creating a homeless shelter where veterans could work on-site and sustain themselves. Now, that shelter has become a reality and as of this month roughly 10 homeless veterans and members of veteran families have successfully transitioned from the facility to obtain homes and jobs.

The Dahlgren-Skidgel Farm of Hope, named after two local Congressional Medal of Honor recipients, is now fully equipped to house six individual homeless veterans in three duplexes with one cabin designed for families.

Five veterans are at the shelter now. One couple is living at the facility until they can get back on their feet, at which point DeVeau said they intend to move downstate and build their own home.

A couple of residents have been removed from the facility due to code of conduct violations.

“The initial phase of being able to put a veteran into a room or cabin where they’ve got their own necessities is complete,” DeVeau said, “but the prettiness of the facility is another phase that we’re going to be working on throughout the next couple years.”

Some of these upcoming renovations include paving a path along the site, putting up handrails for veterans as they approach the homes, and performing some additional ground work.

DeVeau also plans to eventually create an area around the flag located to the left of the administrative building where several marble stones representing each branch of the military will be placed. The space will be used as a community area in which local events could occur.

“We have some plans for making some old-fashioned benches with logs,” DeVeau said. “There is already a veteran’s dedication wall in town, so we don’t want to do anything like that, but we do want to have another area in town where, if someone wants to hold an event in celebration of another veteran, for example, they have that option.”

He added that unit promotion celebrations could be held at the location, or even a military wedding ceremony.

“We want to open this up so that the community can use this area,” DeVeau said, “and so they can be proud of what’s been accomplished by local veterans.”

Another future plan for the Farm of Hope is to eventually create a facility that would offer long-term services for mental health, substance abuse and care issues for veterans.

The UVM president said that having these three offerings in one location could significantly assist veterans dealing with issues such as post-traumatic stress disorder following their transitions back into civilian life.

“A lot of times mental health and substance abuse issues are co-occurring,” he said. “It’s not necessarily 100 percent of the time, but having the ability to treat both of these issues in one facility is going to be key.”

While this plan is in the conceptual phase, DeVeau said United Veterans of Maine has been in touch with “local, state, and federal organizations in order to develop a mental health, substance abuse and long-term living facility, both here in Caribou and Augusta.”

Looking ahead, the Farm of Hope will host a Sept. 5 open house at noon, which will be open to congressional staff, community organizations, all veteran organizations, and anyone who may know of a veteran in need of assistance.

DeVeau, who serves state of Maine House District 149 which includes Caribou, New Sweden, and Westmanland, clarified that he intends for the event to focus purely on veteran issues, not on politics.

“I do wear both hats,” he said, “but the focus here is on the farm, not on me politically. I’m a veteran’s advocate, first and foremost.”

DeVeau said the open house will feature refreshments as well as a proclamation inviting veteran organizations both small and large to work together on an initiative to end veteran homelessness statewide.

Any individuals interested in donating or contributing to the Farm of Hope can call the facility at 492-2190 and ask to speak with United Veterans of Maine Fundraising chair Karen St. Peter.

Members of the Houlton Band of Maliseets will head to the ballot box in order to determine who will be elected as their new tribal chief.
Pets END_OF_DOCUMENT_TOKEN_TO_BE_REPLACED
7 days ago