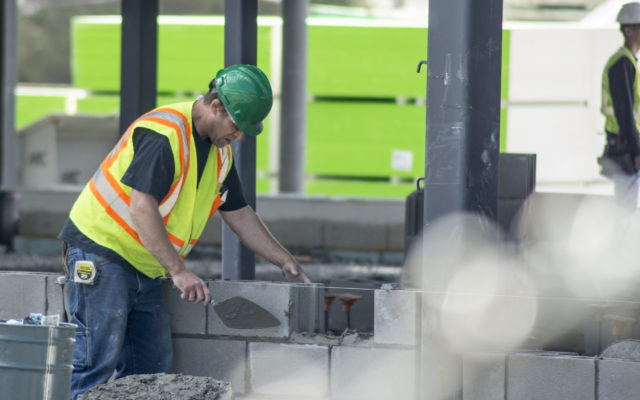 Chris Bouchard • August 12, 2019
The city of Caribou is buzzing with activity this summer as nearly a dozen projects are taking place simultaneously.

CARIBOU, Maine — The city of Caribou is buzzing with activity this summer as nearly a dozen projects are taking place simultaneously.

Roads throughout the city are being improved, including High Street, the Presque Isle Road, and the River Road. Both Caribou Public Works and the Maine Department of Transportation are working on High Street, which involves fixing issues underneath the pavement, repaving the surface as well as adding ADA-compliant ramps and sidewalks. Officials estimate the road work should be completed later this year. 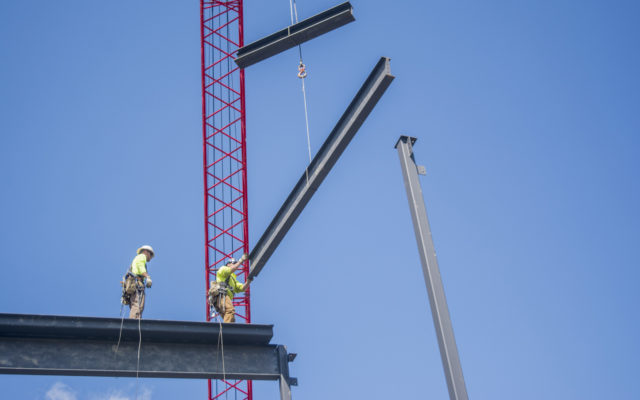 The Maine Department of Transportation is also working on the Presque Isle Road, a project that involves pavement milling and overlays, and segments of highway rehabilitation intended to fix ruts on the high-traffic roadway. This project will cover 10.5 miles of road connecting Caribou and Presque Isle.

Caribou City Manager Dennis Marker said on Thursday that the city is also working on the River Road, which sustained serious rain and runoff damage last spring. Since then the city has purchased four homes along the damaged portion, three of which were demolished recently. City officials are now working with engineers to determine the safest realignment plan for the road in order to avoid future issues, and Marker indicated that this new alignment will be constructed “before the snow falls in order to get us through the winter.”

Marker added that the city also plans to make improvements to Main Street around Cary Medical Center this year. Next year, the city plans to improve Main Street near the hospital and airport and a stretch of Sweden street between the downtown area and high school.

A myriad of construction projects are also in the works around the Bennett Drive area, including a brand new Pre-K through eight school, a new park, a new Dunkin’ restaurant, and renovations to the Circle K gas station and convenience store. 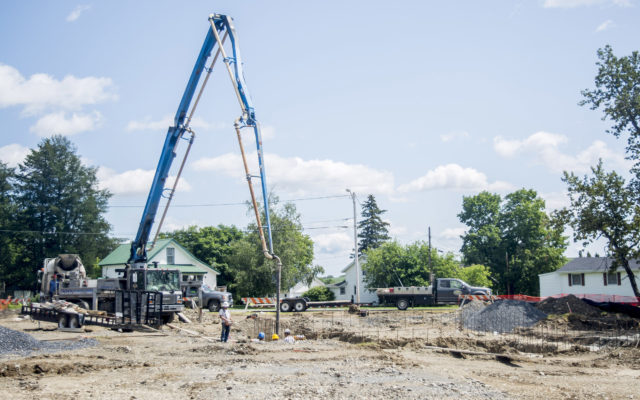 Lindley Estates, also known as the Troy Haney Twin homes project, is Caribou’s first condominium development and is planned for 82 Glenn St., a road that runs parallel to Bennett Drive. Marker said this project stalled for a few years, but now there are “interested buyers and four additional units will be constructed soon.”

Another three projects are in development south of Bennett Drive, a senior living facility, a dog park, and an incoming business near the Caribou Motor Inn.

The Hilltop Senior Housing project began when a group of local investors purchased the former Hilltop Elementary School on Marshall Avenue, which was closed to make way for the incoming Caribou Community School. Marker said this project is “well underway,” with 70 percent of interior renovations complete, exterior work on the horizon, and a projected opening date of fall, 2019.

The Caribou Parks and Recreation Department is handling the dog park construction, which will be located near the former Sincock Administrative Building on Main Street. The projected completion date for this park, as well as the new park on Bennett Drive, is Sept. 20. 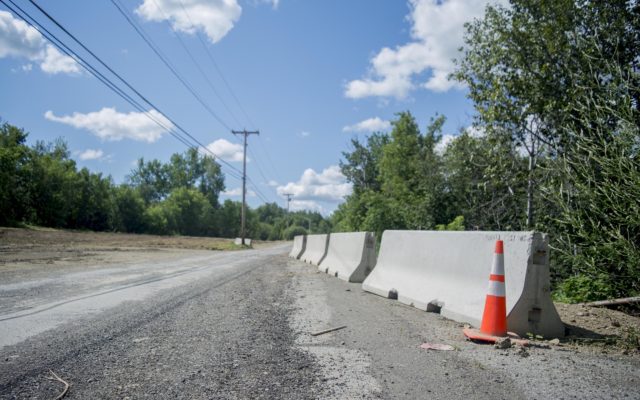 The Caribou Public Works Department have filled in a portion of the River Road that began to sink into the Aroostook River last year and installed jersey barriers over this area to protect motorists. (Chris Bouchard)

As far as the new business near the Caribou Inn, Marker said he “won’t release the name just yet,” adding that he looks forward to having a new business in the community along with the “enhancements they will bring to our southern commercial corridor.”

Local business owners also are working on broadband expansion within the community, a need that Marker says is continuously growing within the city.

Caribou Zoning Administrator Ken Murchison referred to the projects as a “renaissance” for the city, and Marker said he was pleased to be involved with the current developments.

“There is a lot of dirt turning in Caribou right now,” said the city manager. “It’s exciting to be part of everything.”

Maine is more than eight months into Medicaid expansion under the federal Affordable Care Act and trends around who is enrolling and where they live are starting to emerge, bucking some expectations and pointing out access challenges.
Pets END_OF_DOCUMENT_TOKEN_TO_BE_REPLACED