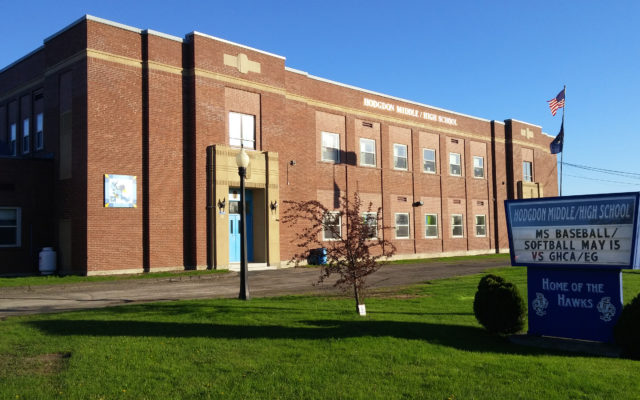 Joseph Cyr • August 14, 2019
With the start of the new school year just a couple weeks away, the SAD 70 school board is looking to update its two school buildings.

HODGDON, Maine — With the start of the new school year just a couple weeks away, the SAD 70 school board is looking to update its two school buildings.

At Monday night’s monthly meeting, the board unanimously approved a roof repair project at Mill Pond Elementary School and the purchase of new windows at Hodgdon Middle-High School.

According to Superintendent Stephen Fitzpatrick, Mill Pond Elementary School is in dire need of repairs to prevent leaks in the building.

“This project was part of the building repair plan,” he explained. “It’s the area in front of the school and is about 100 feet by 100 feet.”

The district has contracted with Powers Roofing and Repair of Caribou to do the repair work. That company has already done much of the work at the school and is familiar with the issue, Fitzpatrick added.

The project is expected to cost $54,250, with work to be completed before the start of the new school year. The funds are available in the district’s budget under its Capital Improvements account.

At Hodgdon Middle-High School, 31 windows are slated to be replaced at a cost of $8,494. The windows will be purchased from S.W. Collins of Houlton and installed by the custodial staff at the school.

“The current windows don’t look bad, but the pins are mostly broken and are not repairable,” Fitzpatrick said. “Graydon (Drake) thinks that he can get them all installed in a couple of weeks.”

Funds for this project will also be covered by the district’s Capital Improvements account.

One project that won’t be done this year, however, is a proposed makeover of the high school’s parking lot. Fitzpatrick said the district did not receive any responses to its request for paving proposals.

The district was looking for a complete rebuild of the Hodgdon Middle-High School parking lot to eliminate water flow issues. Even if the district had received bids for the project, the likelihood that it would be completed before the start of the new school year was slim, he said.

“We had some interest that was generated from local entities (based on phone calls), however there were no bids,” Fitzpatrick said.

The district now plans to revisit the project in April 2020, with the idea that the work begins immediately following the end of the school year. In so doing, Fitzpatrick said the goal would be for the construction work to be completed well before the start of the 2020-21 school year.