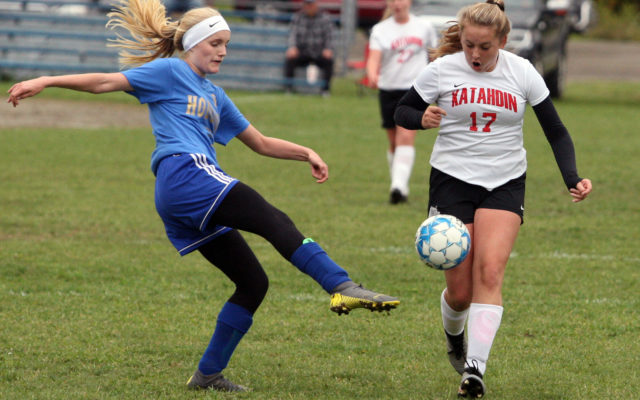 Joseph Cyr • October 1, 2019
At the midway point to the season, local soccer squads are beginning to have a better understanding of where they rank in the postseason picture.

HOULTON, Maine — At the midway point to the season, local soccer squads are beginning to have a better understanding of where they rank in the postseason picture.

The Houlton girls (6-1) fell for the first time on the season and are now ranked fourth in Class C North, while the Shire boys (2-4-1) are ranked 10th. Only the top 10 teams make the playoffs in this division.

In girls Class D North, Southern Aroostook (5-3) is ranked fifth, Hodgdon (6-3) is seventh and Katahdin (5-2-1) is eighth. All three teams are in the postseason mix. East Grand (0-8) is still searching for its first win on the year.

The following is a recap of games played through Saturday, Sept. 28. Coaches are reminded to report scores and results to jcyr@bangordailynews.com. 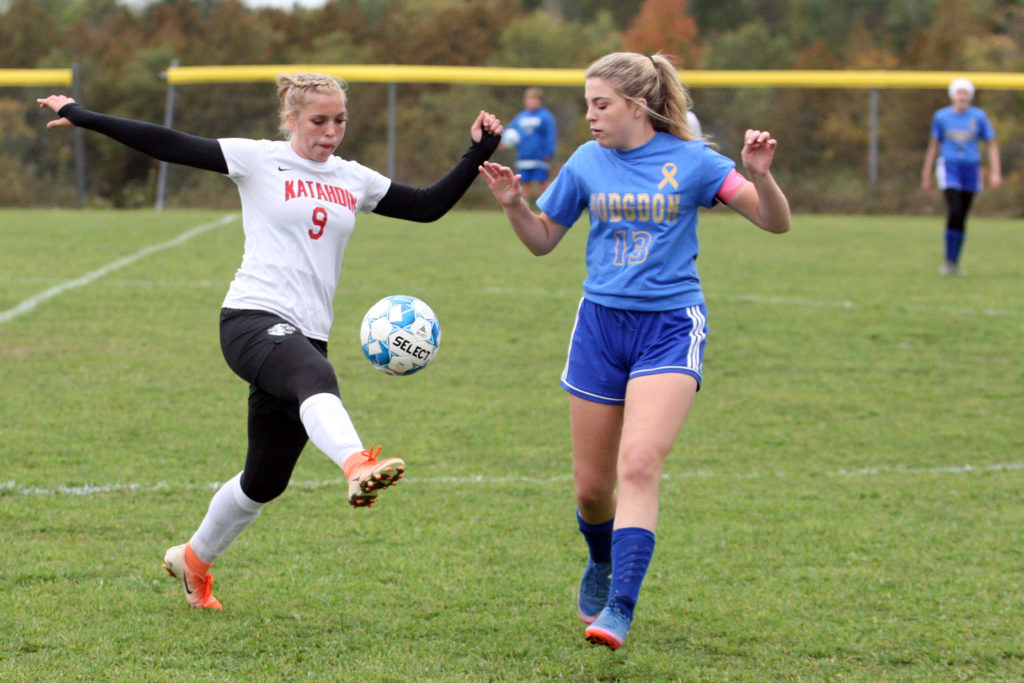 Houlton 9, Calais 1 — At Calais Sept. 23, the Shires rolled to the 9-1 victory. Individual results were not reported.

Hodgdon 5, Shead 2 — At Shead Sept. 23, Sabra Scott scored two goals and Delaney Little, Emma Drew and Mikyla Howland each had one to lead the Hawks past Shead. Kiesha Scott and Halle Sullivan each had solo goals for the Tigers.

Katahdin 2, Hodgdon 0 — At Hodgdon Sept. 25, Katahdin shutout the host-Hawks for the 2-0 victory. Individual results were not reported. 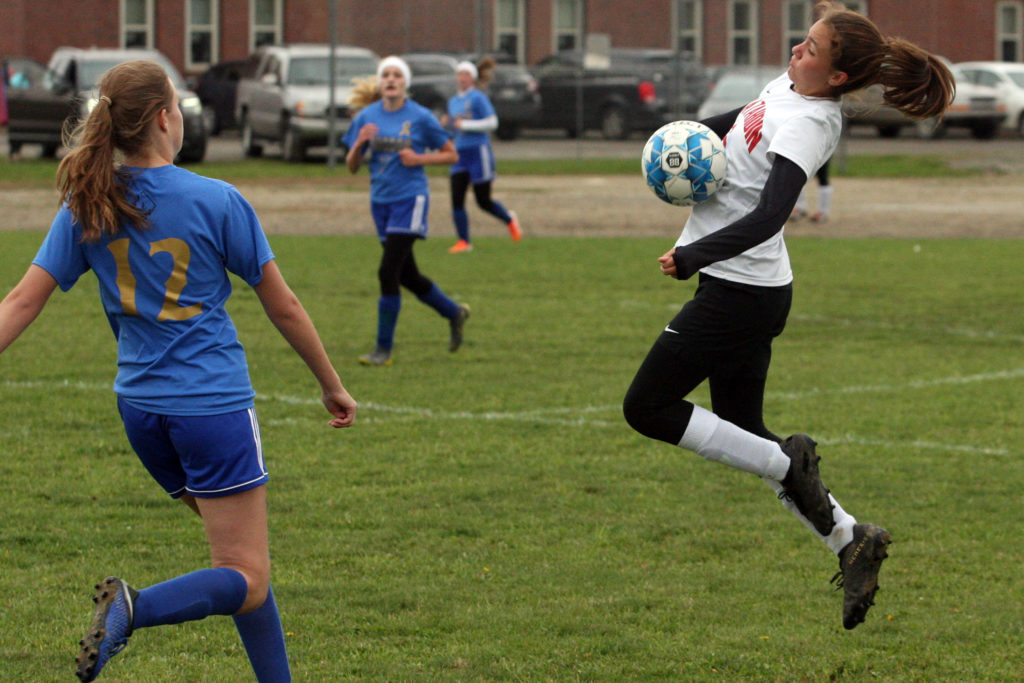 Cassidy Rosolio, right, of Katahdin leaps into the air to contain the ball as Hope Howland of Hodgdon defends during a Sept. 25 game.
(Staff Photo/Joseph Cyr)

Fort Kent 3, Houlton 1 — At Fort Kent Friday,  Gabby Martin, Desirae Hafford and Nancy Martin each scored solo goals to lead Fort Kent past Houlton in a battle of undefeated teams. Breanne Barton scored the lone Shire goal. Lyndsay Ouellette had 11 saves in goal for the Warriors, while Abbie Worthley had 11 saves for the Shires.

Hodgdon 4, Woodland 1 — At Woodland Saturday,  the Hawks were victorious. Individual results were not reported.

Katahdin 4, Van Buren 1 — At Stacyville Saturday, the Cougars rolled to the win. Individual results were not reported. 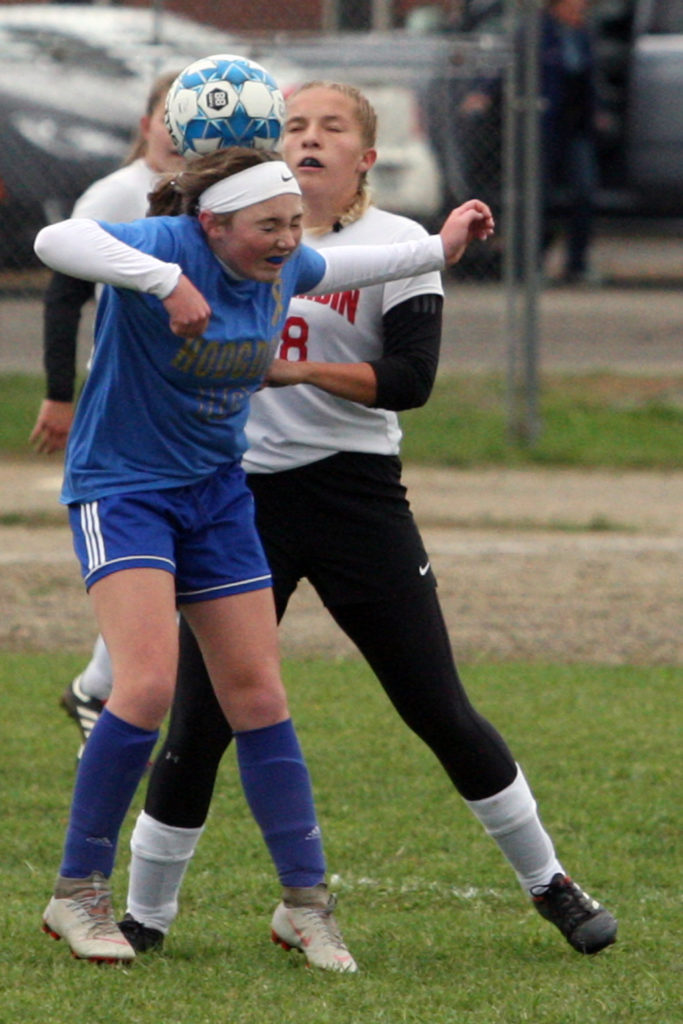 Hodgdon 7, Shead 0 — The Hawks rolled to the shutout victory over Shead Sept. 23. Individual results were not reported. 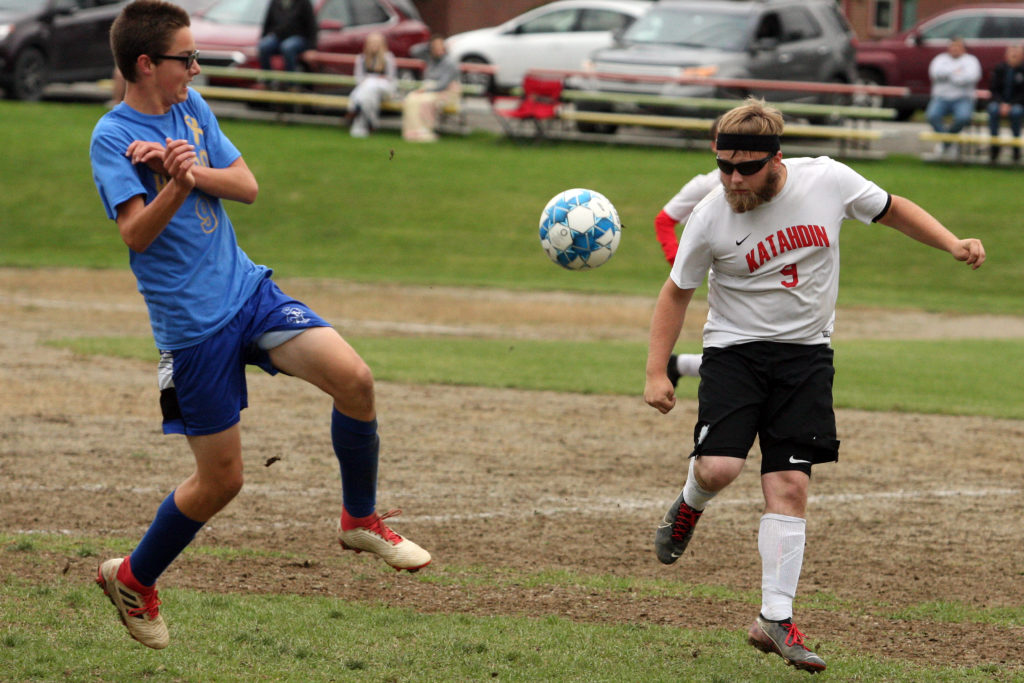 Fort Kent 3, Houlton 0 — At Fort Kent Friday, Noah Martin scored on a penalty kick, while Coby Theriault and Keegan Cyr had solo goals as the Warriors beat Houlton. Martin also had an assist in the game.

Ashland 2, Katahdin 0 — At Stacyville Friday, individual results were not reported.

Hodgdon 3, Woodland 1 — At Woodland Saturday,  the Hawks notched the shutout win over Woodland. McGillicuddy had two goals and Duttweiler had one for the Hawks. Dameon Sanders and Josh Foster both had assists. Mikey Blash had the lone Woodland goal. Sanders made seven saves on 15 shots for the Hawks. Devon Wilder had four saves on 11 shots for Woodland.

Van Buren 1, Katahdin 0 — At Stacyville Saturday, the Cougars were shut out by Van Buren. Individual results were not reported. 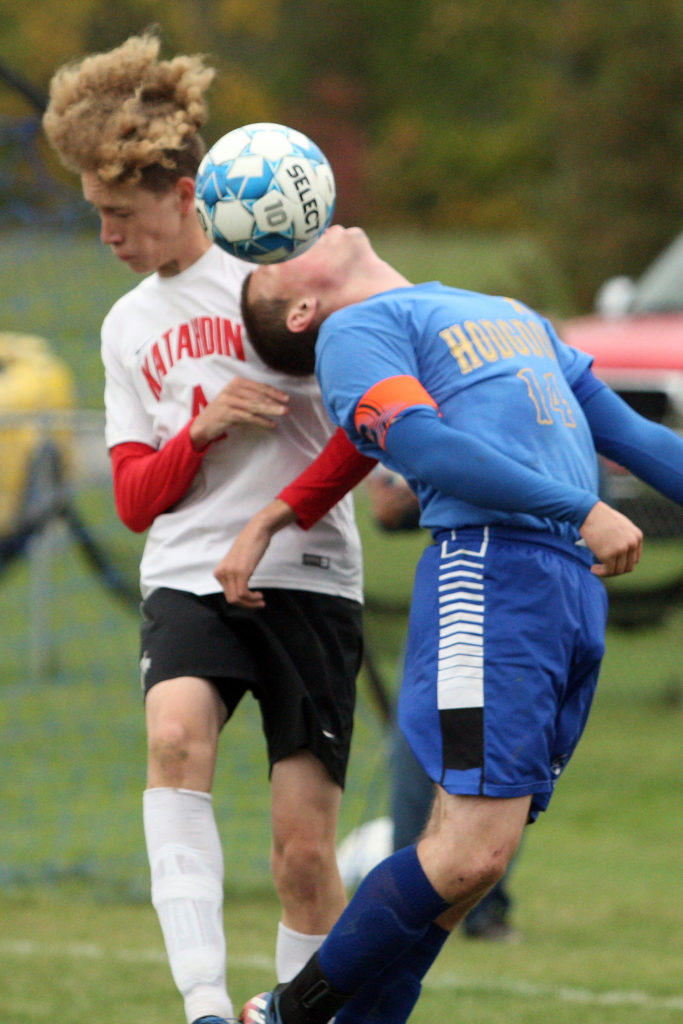 Hodgdon’s Josh Foster, right, reaches back to head the ball as he collides with Katahdin’s Wesley Richardson during a Sept. 25 boys soccer game.
(Staff Photo/Joseph Cyr)

Halfway Home Pet Rescue in Caribou has partnered with the Houlton Humane Society shelter for a cat spay and neuter clinic on Saturday, May 30, and Sunday, May 31, in Houlton.
Campaign Corner END_OF_DOCUMENT_TOKEN_TO_BE_REPLACED