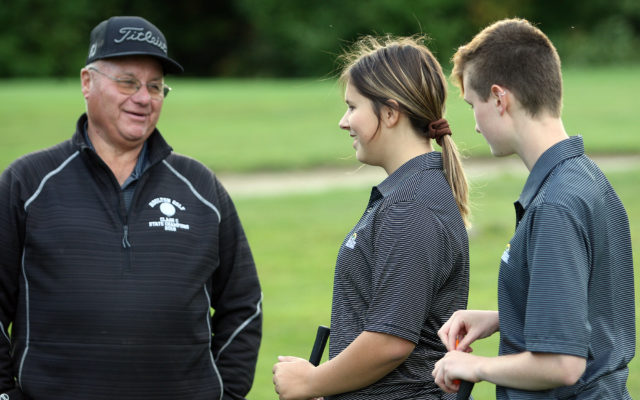 The Shires were one of just three teams in Class C to qualify for the state competition at the event. Orono led Class C with a 357 on the day, while Houlton was second at 379. George Stevens Academy placed third at 384.

Nate Allain of Hermon was the top golfer on the day as he fired a 79 to lead all players.

Houlton’s Isaac Vega led the Shires with an 89 and was the only member of the team to qualify for the state individual competition.

Collin Moody and Garett Harvey both shot 92 on the day, while Gage Bartlett finished with a 106.

“It was a tough day in the rain and cold,” said Houlton coach Dave Grant. “It was also a slow day with 106 total golfers on an 18-hole course. It made for a  six-hour round, which was not only tiring physically, but mentally.”

Other Shire scores on the day were Madalyn Quirk, 116, and Sidney Peabody, 130. “They were both trying to qualify for girls individuals, which meant they had to shoot 100 or less,” Grant said. “There were no girls in Class C to qualify and only three in Class B. Conditions were tough due to the weather.”

Halfway Home Pet Rescue in Caribou has partnered with the Houlton Humane Society shelter for a cat spay and neuter clinic on Saturday, May 30, and Sunday, May 31, in Houlton.
Campaign Corner END_OF_DOCUMENT_TOKEN_TO_BE_REPLACED