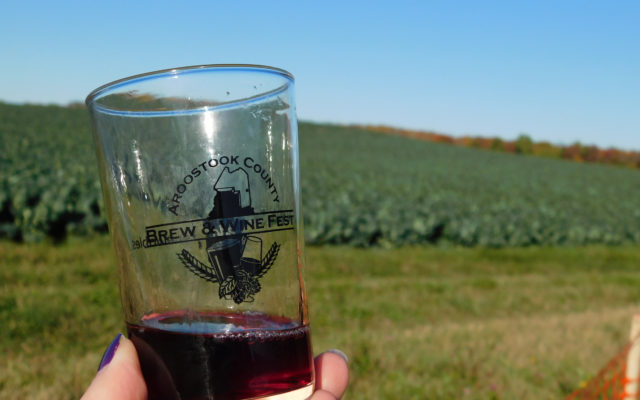 Nina Mahaleris • October 8, 2019
Craft beer and wine enthusiasts joined 28 brewers from around the state to share their love for handcrafted spirits at the fifth annual Aroostook County Brew and Wine Fest on Saturday, Oct. 5.

PRESQUE ISLE, Maine — Craft beer and wine enthusiasts joined 28 brewers from around the state to share their love for handcrafted spirits at the fifth annual Aroostook County Brew and Wine Fest on Saturday, Oct. 5.

Five years ago, the Central Aroostook Chamber of Commerce decided The County needed to start its own craft brew fest, after observing the success of similar festivals around the state and realizing nothing like it had been established in northern Maine.

This year, the chamber celebrated their fifth year of hosting the fest, thanks to a partnership with the Aroostook Shrine Club.

The event was “bigger and better” than in years past, according to organizer Shawn Lahey, who said a major goal was simply to bring people from around the state to the area.

For $50, attendees received a short sampling glass to test out the craft beer and wine options — and their options weren’t limited, either.

According to Lahey, about 80 beers were available on tap and 28 different breweries took part. To give the event a more intimate feel, Lahey and his team organized for brewers to come up to represent their brews themselves, instead of having volunteers pouring.

That’s how this fest differs from others like it in bigger cities, Lahey explained.

The gathering helped to create connections within the craft brewing industry and offered an opportunity for people to experience what breweries from all over Maine are creating. People were able to meet some of the brewers and ask questions about their unique processes.

“It brings everything together,” said Lahey.

The fest, which is still relatively new, is growing with every passing year, members of the chamber said. Last year, between 17 and 18 different breweries came to take part. This year, that number doubled.

Lahey said that some companies asked at the last possible minute if they could participate. Not wanting to turn anyone away, Lahey and his team managed to squeeze everyone in who wanted to showcase their brews.

“We expect it to get bigger every year,” he said.

Breweries from around the state took part to feature their products. Bissell Brothers, Atlantic Brewing, Geaghan Brothers, Flight Deck, Lone Pine and Shipyard Brewing were just a few of the companies that made their way to the event.

In addition to both local and non-local companies, people from beyond The County also came to experience the fest.

The chamber set up cornhole games for attendees to play in the yard, organized live music and held a barbeque with various meal options available.

With sampling glasses in hand, guests toured the booths and wandered beyond the beer tent as the sun shone over the potato fields and the changing fall trees in the distance.

For all it does to refresh us, burn energy and keep us sharp, we all need playtime, dogs and cats included. Sharing playtime with pets has the added benefit of strengthening the bond between us, so we better understand one another.
Campaign Corner END_OF_DOCUMENT_TOKEN_TO_BE_REPLACED