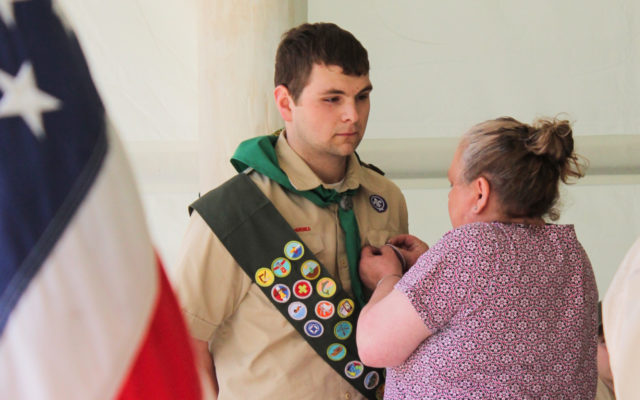 After moving up through the ranks of the Boy Scouts — Tenderfoot, First Class, Second Class, Star and Life — Perreault was officially named an Eagle Scout during a Court of Honor ceremony on June 22, 2019. 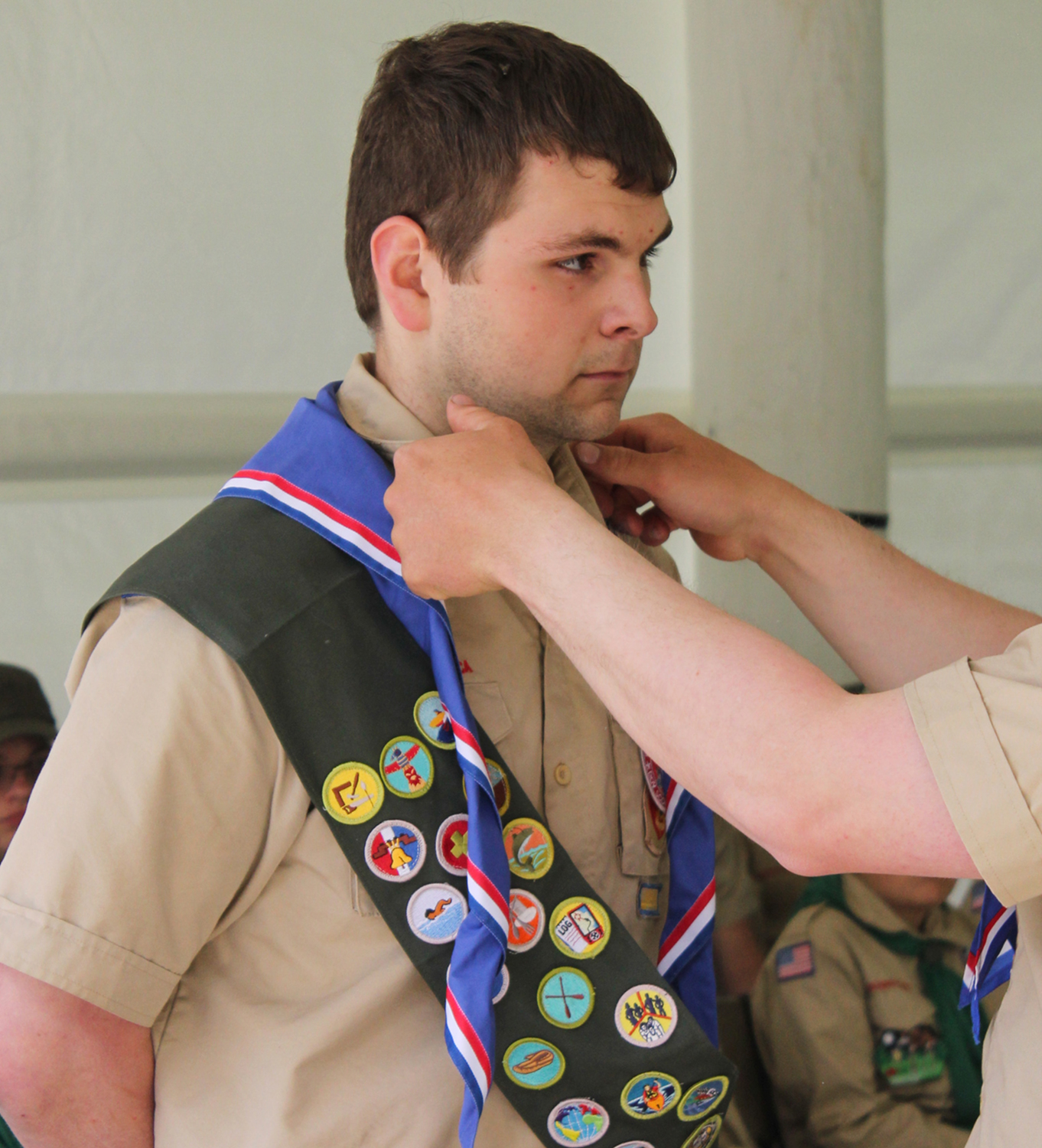 To become an Eagle Scout, Perreault committed to earning over 20 merit badges and participated in a community service project that he thought of on his own. Perreault, who lives in Portage, felt inspired to build four new picnic tables for the town’s boat landing area, after realizing the need to replace the old tables.

Perreault spoke to Portage town manager Larry Duchette, who approved the project, and was able to obtain donated lumber from the S.W. Collins Company. Chris Walker, Portage public works director, donated tools as well as his garage as the building space for the project. He and five other adults and nine Troop 179 Scouts assisted Perreault with building the picnic tables and completed the project on Sept. 8, 2018.

Perreault also earned 21 merit badges, including ones for family life, citizenship in the community, first aid, camping, swimming, woodworking, fishing and cooking, and also volunteered as a camp counselor at Camp Roosevelt in Eddington, Maine.

During his Court of Honor ceremony, Perreault gave the mentor pin to Linda Milligan, who served as the Troop 179 Scoutmaster for the majority of Perreault’s years as a Scout. Eagle Scouts award mentor pins to individuals that they feel contributed to their growth during the journey of earning the final rank.

Scoutmaster Chet Condon said that earning his Eagle Scout rank allows Perreault to participate in and assist with any Boy Scout activities and serve as a mentor for youth members.

“Tristan has a very positive attitude and is a hard worker,” Condon said. “He’s a great role model for all the Scouts.”

Perreault graduated from Ashland District School this past June and has since enrolled in Northern Maine Community College’s automotive collision repair program. His mother, Candace Cyr, said that part of Perreault’s motivation for becoming an Eagle Scout came from a promise he made to his father, Daniel Perreault, who passed away suddenly from a heart attack when Perreault was in eighth grade.

“It was really hard for Tristan. Part of why he wanted to earn Eagle Scout was to honor his dad,” Cyr said.

Cyr said that she is proud of her son for working hard to pursue his goals while helping others in the community.

“He has a kind heart. He’s someone who’s always willing to help out people around town without being asked,” Cyr said. “That’s what I’m most proud of.”