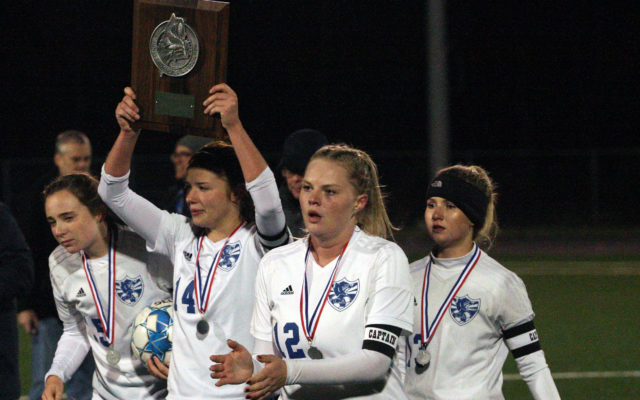 By Kevin Sjoberg, special to the Star-Herald • November 8, 2019
One of the most prolific goal scorers in the history of Maine schoolgirl soccer spent the second half of Wednesday’s regional championship concentrating on defense.

PRESQUE ISLE, Maine — One of the most prolific goal scorers in the history of Maine schoolgirl soccer spent the second half of Wednesday’s regional championship concentrating on defense.

It was unfamiliar territory, but the result was a Class D North title for Penobscot Valley of Howland.

Senior Lexi Ireland provided the go-ahead goal, the 125th of her career, late in the first half before spending a majority of the remainder of the game on the defensive side of the field. 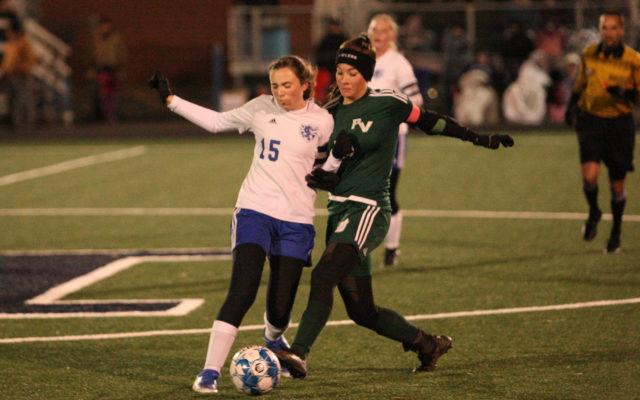 Her willingness to prevent goals instead of hunting for them was a key factor in the Howlers’ 2-1 victory over defending regional champion Central Aroostook in a match played on the turf field at the Gehrig Johnson Athletic Complex.

“I’ve never played 40 minutes of defense like that, but I’ve got to do whatever it takes to win the game,” Ireland said. 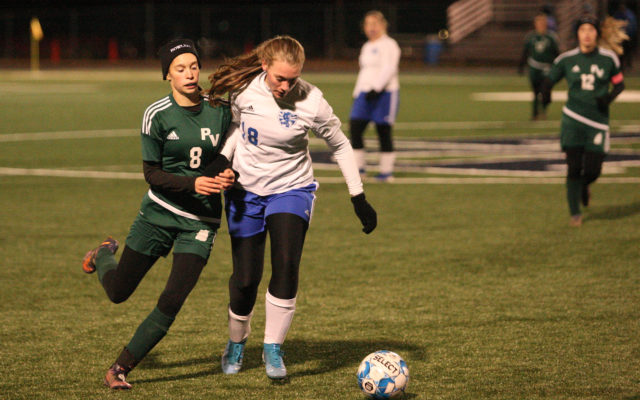 Ranked No. 1 in the North heading into the playoffs, coach Ryan Reed’s PVHS squad moved to 16-1 and faces off against South winner North Yarmouth Academy in Saturday’s 12:30 p.m. state championship match at Hampden Academy.

Central Aroostook, the third seed, finished the season with a 13-4 record. Panthers coach Joe Levesque acknowledged that once PVHS grabbed the lead and went into a defensive mode, his squad struggled to mount an attack.

“They made it tough for us and we just couldn’t push enough numbers forward at that point,” Levesque said. “It just wasn’t our day.”

All three goals were scored in the first half. The Howlers rallied after trailing by a goal by finally solving the Central Aroostook defense and goalkeeper Olivia Blackstone twice in the final 13:51 before intermission.

Junior Natalie Spencer provided the equalizer after a collision in the penalty area left Blackstone on the ground and Spencer wide open on top of the 18-yard box. She blasted a shot into the wide-open net.

With 1:21 left before intermission, Ireland got loose from 15 yards out and ripped the ball to the right of Blackstone and into the net off an Emily St. Cyr assist.

“I missed a couple of easy shots earlier in the game, but I tried not to let that affect me,” Ireland said. “When I was on that run from the beautiful pass from Emily I could feel the defender on my back, so I just had to let it fly and I just placed it in the corner.”

Katie Levesque had given the Panthers the early lead following a nifty feed by Liberty Fulton at the 21:49 mark. Levesque was heading toward the goal with a head of steam and put her foot on the lead pass. It was deflected by PVHS goalkeeper Emilee Ireland but Levesque got just enough power behind her shot and the ball trickled over the goal line for the 135th tally of her career.

Levesque was shadowed throughout the match by PVHS sophomore defender Maggie LeBlanc, who helped limit the number of Grade-A opportunities by CA scoring ace.

Blackstone made several athletic saves and stopped eight of the 10 shots on goal. Emilee Ireland (Lexi’s younger sister) was also stellar in front of the net and made 12 saves on 13 shots for PVHS.

The championship for the Howlers was the third in as many sports seasons. PVHS also captured a Class C regional championship in basketball last winter and a state title in softball in the spring.

The winning never gets old for Lexi Ireland and her teammates.

“It takes a lot of work,” Ireland said. “We are on the field or court every single day and barely get any breaks, but we love that because we get to feel that victory from all that hard work and it feels great.”

Just when we thought we were out of the woods with kitten season, it has hit full force.  The past few days have been difficult answering the phone and hearing the stories of why people have litters of kittens they need to surrender.
Campaign Corner END_OF_DOCUMENT_TOKEN_TO_BE_REPLACED