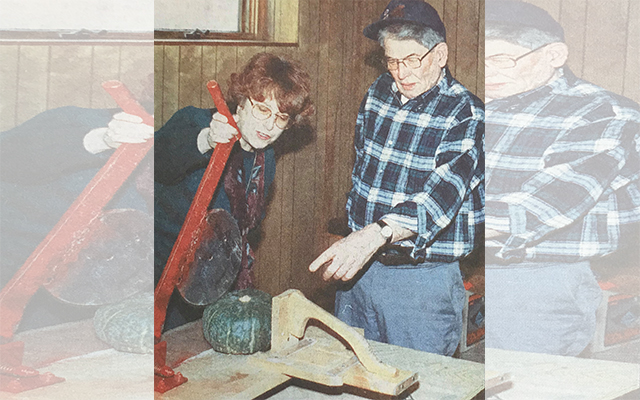 New quarters — B.E. Anderson, who has been conducting a retail shoe business as well as a repairing department, has leased the Fox store. Mr. Anderson will put in, in addition to men’s shoes which he has been handling, a stock of ladies’ and boys shoes and also gents’ furnishings.

New business — The Friedman & Smart Company has been organized at Houlton, to engage in any kind of business, and filed a certificate of incorporation. Mr. Friedman is the son of Simon Friedman, who has been a resident of Houlton for 40 years and who retired some years ago from the clothing business. The new firm will do a wholesale automobile supply business with headquarters in Houlton.

New market to open — A new, modern Self-Service Market under the joint management of Basil F. Grant and John K. Dickinson will officially open for business here on Court Street in the store owned by M. B. Berman and formerly occupied by the Moze Automotive Store. The new proprietors have completely renovated the interior, installed new equipment and have an ample stock of merchandise.

Accepts position  — Miss Patricia Chadwick, who has been spending the holidays with her mother, Mrs. Harold Chadwick, left Sunday for Portland where she will be employed by the Northeast Aviation Corp.

Company gets big contract — Donald M. Ladd, manager of the Sportwelt Shoe Company plant at the Houlton International Airport, said yesterday that he expects the new $1.3 million government contract awarded his firm will keep production at a near capacity level in Houlton about a full year. The office of U.S. Senator Margaret Chase Smith announced that Sportwelt has been given the contract to make 200,000 pairs of black oxford shoes for the military. The work will be shared by the Sportwelt plant in Nashua, New Hampshire, and the plant in Houlton. All the stitching for the 200,000 pairs is expected to be done in Houlton.

Opens new store — The Sperry and Hutchinson Company, distributor of S&H Green Stamps, announced the opening of its new redemption center located in the Houlton Shopping Plaza. Mrs. Jean Drake, store manager, joined the S&H staff in 1958 as a service hostess and was promoted to store manager in 1959. Mrs. Drake tells us the opening of this center will bring the total number of S&H redemption centers serving the stamp-saving residents of Maine to eight.

Promoted — Susan J. Lyons, daughter of Mr. and Mrs. John Richard Lyons of Dyer Brook, was promoted to assistant director in the Harvard College Fund and Operations Coordinator for the Faculty of Arts and Sciences at Harvard University.

At the Houlton Humane Society, we take adopting the cats and dogs in our charge very seriously.
Campaign Corner END_OF_DOCUMENT_TOKEN_TO_BE_REPLACED