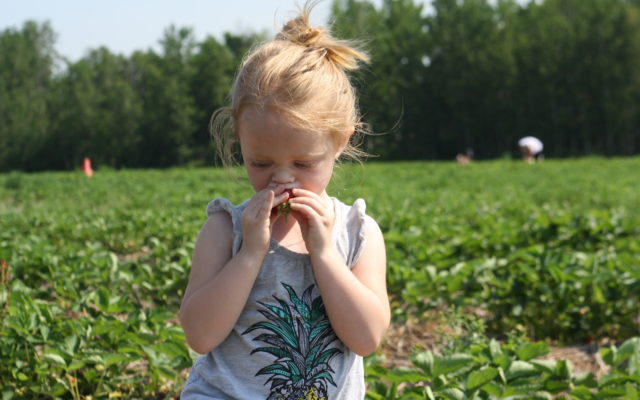 Chris Bouchard • January 3, 2020
The following is the second of two articles highlighting some of the top business  stories from 2019. This article highlights events from July through December.

Editor’s Note: The following is the second of two articles highlighting some of the top business  stories from 2019. This article highlights events from July through December. The first installment appeared in the Dec. 25 issue.

The County Federal Credit Union awarded $1,000 scholarships to graduating seniors within the credit union’s field of membership. The credit union has awarded more than $106,000 in scholarship money to area students.

Goughan’s Farm in Caribou recently opened 10 acres of strawberry fields to the community, allowing them to pick their own baskets of the famous summer treat.

The Sitel office on Sweden Street in Caribou, a call center that employed approximately 100 people, announced that it would close its doors on Oct. 31, according to Sitel Group Global Communications Director Rebecca Sanders.

Cary Medical Center celebrated the 95th baby born at the hospital during the year of its 95th anniversary. 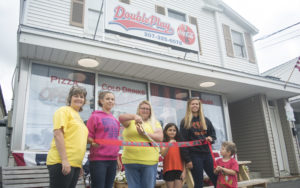 PGR Construction of Rehoboth, Massachusetts, and local contractor Soderberg Construction have broken ground on a new “next generation Dunkin’” restaurant on Bennett Drive in Caribou, a project that has been in the works since mid- to late 2018.

Skaters sped across the Burger Boy parking lot on Aug. 7, taking orders and delivering food for customers during the first car hop of the year, marking the third year in a row that the restaurant has held a car hop.

The Central Aroostook Chamber of Commerce congratulated The Thistle Shop & Design of Caribou for receiving the July 2019 Customer Service Recognition Award for going above and beyond normal expectations for its customers. 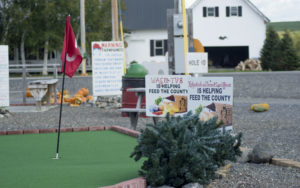 Loring Job Corps held its annual awards ceremony to honor its staff’s many achievements and milestones throughout the past year. It also celebrated being ranked as No. 3 among Job Corps in the country, as well as its commercial driving instructors earning an “A” course rating for the past 10 years.

Pines Health Services was named as one of the 2019 Best Places to Work in Maine through an awards program created in 2006. The program is a project of the Society for Human Resource Management — Maine State Council and Best Companies Group. Partners endorsing the program include: Mainebiz, the Maine State Chamber of Commerce and Maine HR Convention.

Hundreds came out to enjoy miniature golf, ice cream, barbecue and even a Woodstock-themed corn maze during Goughan’s Farm’s fourth annual Feed The County Family Fun Day on Aug. 31. The event — which is a collaboration between Goughan’s Farm, Catholic Charities Maine, Aroostook Savings & Loan and numerous local businesses — raised more than $6,800 for the Feed The County program.

Caribou City Council unanimously accepted a $38,000 grant to fund a Cary Medical Center and municipal project to improve public transportation throughout the city to those who rely on ride services to go to medical appointments, etc. The money funds software and a person to use it to dispatch ride services. 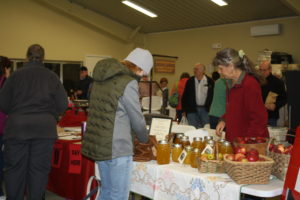 Griffeth Ford Lincoln presented the Caribou Fire and Ambulance Department with a check for $3,300 — the proceeds from the company’s DRIVE4UR COMMUNITY event held the previous month during the department’s open house.

Aroostook Savings & Loan awarded scholarships to two dedicated, local high school graduates who are pursuing their higher education. Recipients receive scholarships of $1,000 per year, up to $4,000, throughout their college career.

The Presque Isle Rotary Club hosted its eighth annual Purple Pinkie Project on Oct. 24. All activities raised awareness of Rotary International’s efforts to eradicate polio worldwide and to raise money $1 at a time to go toward that global effort. 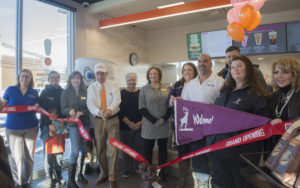 Dunkin’ franchise owner Michael Ouimet is joined by officials from the city of Caribou and Central Aroostook Chamber of Commerce as he cuts the ceremonial ribbon during a Nov. 22 grand opening for a brand new, next generation Dunkin’ restaurant on Bennett Drive in Caribou. (Chris Bouchard | Aroostook Republican)

People who live and work in Caribou are among the first in Maine to enjoy Dunkin’s next generation store design. Dunkin’ celebrated the official grand opening of its restaurant at 43 Bennett Drive on Saturday, Nov. 23, which was also National Espresso Day.

Progressive Realty in Caribou celebrated 30 years of business during a Nov. 25 open house where current owner Cathy Duffy and her staff said they were confident that the business will keep going strong for years to come.

The staff at Progressive Realty also donated $4,500 toward the new Caribou Community School project, which is slated for completion in August 2020.

Patrons from across The County and beyond packed into Micmac Farms on Nov. 23 for the second annual Harvest Festival Market. 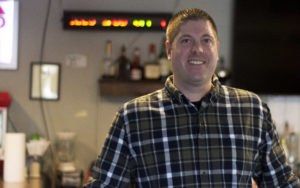 Loring Job Corps officials have announced the promotion of Karen Milton to the position of student records and data integrity manager. Milton was promoted from her position as a transition specialist, and brings both educational and leadership experience to the Loring senior leadership team.

Cary Medical Center has been named as one of America’s Best Hospitals for Obstetrics by the Women’s Choice Award.

Local businesses and community volunteers came together as Caribou hosted its annual gingerbread house decorating event, along with Santa’s workshop, on Dec. 6, at the Wellness and Recreation Center on Bennett Drive.

Caribou natives Jeremy and Andrea Flannery have purchased the Access 89 Bar and Grill, a local bar and restaurant that also includes a gas station and convenience store. The Flannerys moved from Portland back to Caribou in 2016 shortly after their second child was born.

Maine is more than eight months into Medicaid expansion under the federal Affordable Care Act and trends around who is enrolling and where they live are starting to emerge, bucking some expectations and pointing out access challenges.
Pets END_OF_DOCUMENT_TOKEN_TO_BE_REPLACED