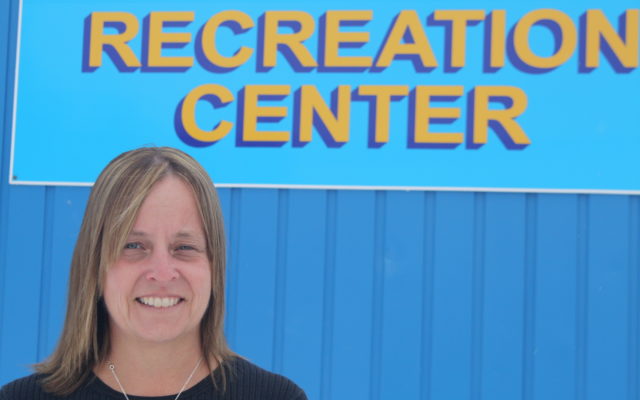 David Marino Jr. • March 20, 2020
Marcie Barbarula has been the recreation director for the Town of Washburn for more than 20 years, spearheading countless programs to keep kids active in a department that is primarily a one-woman show.

Marcie Barbarula has been the recreation director for the Town of Washburn for more than 20 years, spearheading countless programs to keep kids active in a department that is primarily a one-woman show.

But rather than her job title, Barbarula prides herself most on being a role model to the countless children and preteens that pass through her programs. And with decades at the helm of Washburn’s rec department, she’s helped quite a few kids stay active in an increasingly tech-based world.

Barbarula didn’t always live in The County. She grew up in Carmel, just outside of Bangor, graduating from Hermon High School in 1994.

She first realized she had a passion for sports in elementary school. She said she was “always outside” as she was growing up, riding bikes with friends and playing many of the sports she would later compete in at the high school and college level.

Barbarula especially loved basketball and soccer, seeing them as thrilling activities that could also help satisfy her competitive side.

She wanted the “small college experience,” which she felt she couldn’t get in Orono. She found exactly that in Presque Isle after learning about UMPI at a career fair.

While a student at UMPI, she played on the soccer, softball and basketball teams, and enjoyed campus life. While she said Presque Isle was “slower-paced” than the Bangor-area, she quickly adapted, making many friends and meeting her husband, Brad.

Having switched her major to studying recreation in her second semester, Barbarula applied for the position of Washburn recreation director shortly before she graduated.

“Coming out of college, you want to get your feet wet,” Barbarula said. “That’s how I ended up getting interviewed.”

Though she said she was young and “quite nervous,” she got the job. Twenty-one years later, she remains in the position, where she has become intimately familiar with the Washburn community and added several new programs to their recreation roster.

Much of her job at the rec department constitutes organizing and transporting kids to sporting events, primarily those in grades K through 6. She helps run soccer, basketball and T-ball programs.

She also helped secure a grant for Thomas Brewer Park in Washburn that added a new playground and basketball court, which she cites as her biggest accomplishment.

For many students, her programs are their first foray into competitive sports off the playground. She’s even seen many players go on to play at the junior high and high school levels, including several she has coached on the Washburn High School girls soccer team.

Yet her job does not only involve sports. During Christmas, she shows kids how to decorate ornaments. During the summer, she takes them on various field trips in the recreation department’s 15-passenger van. She also runs a monthly program for local seniors, featuring both athletic and non-athletic activities.

Outside of her work life, Barbarula and her husband live in Mapleton. As there are worries about Aroostook County’s decreasing population, both are County transplants who have remained in the area decades after graduating UMPI.

She has become a constant in a tight-knit community of only about 1,700. And after so many years, she has noticed that her guidance may be becoming multigenerational.

“I’ve had some kids through school, and now I’m having their kids,” Barbarula said with a laugh. “It seems kind of weird. But it’s nice to see.”

Well, normally this time of year we would be gearing up for our annual “Paws for the Cause” walk.  Families and their furry companions would be showing up with generous pledges in hand, ready to enjoy an easy two-mile walk and then some welcomed refreshments afterward.
Campaign Corner END_OF_DOCUMENT_TOKEN_TO_BE_REPLACED