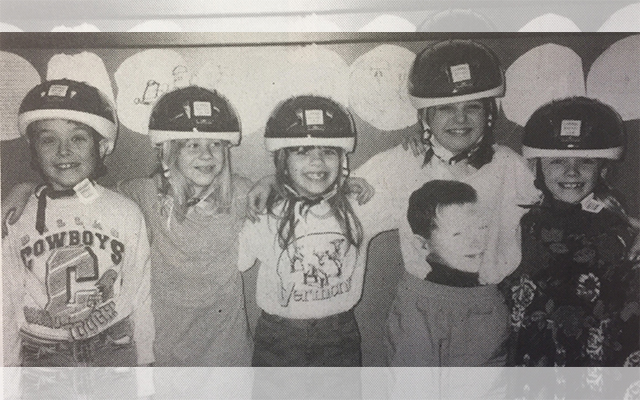 Beth Lacombe, Special to The County • April 13, 2020
115 Years Ago - April  19, 1905 Hair care -- Miss Jean Sample went to Augusta Monday, where she took State Board examinations in hairdressing and beauty. She returned Tuesday evening.

Hair care — Miss Jean Sample went to Augusta Monday, where she took State Board examinations in hairdressing and beauty. She returned Tuesday evening.

Hypnotist — Professor Canaveau, the hypnotist, and his troupe are filling a week’s engagement in Foster’s Hall, giving satisfaction and having large crowds. He has given several exhibitions of telepathy during the day with good results. He gave a good exhibition of his hypnotic powers on Tuesday when he hypnotized a lady, putting her to sleep, and placing her in the window of G.M. Morgan’s Furniture Store, where she remained until evening when she was awakened on stage.

New business — J.E. Dorsey of Fort Fort Fairfield has moved to Caribou and will engage in the meat business, driving a cart and making daily calls on his customers.

Civic League urges early spring clean-up — The Women’s Civic League urges the citizens of Caribou to cooperate in making our town a more attractive place in which to live, by cleaning up and removing all waste and garbage on their premises.

$150,000 fire ravages most of Prestile Hotel — The Starlight Room of the Prestile Terrace, the one which afforded a breathtaking panoramic view of the lighted City of Caribou at night, is gone. A pre-dawn fire Saturday demolished the main portion of the hotel-motel, including 15 rooms, the business desk, business office and a smaller lounge, at an estimated cost of $150,000 loss.

Food distribution starts in Caribou on Thursday — Surplus commodity-food distribution in Caribou will commence this Thursday, 43,940 pounds of it having arrived here following certification of 969 low income people in the community. Food will be distributed from a ground floor room of the Caribou Armory.

Raft Run could see world record — On July 23, the Caribou Grizzlies will be coordinating and co-sponsoring the 16th annual ‘Roostook River Raft Run, which begins on the Fort Fairfield Road in Caribou. This year there will be an attempt to break the Guiness world record of the most canoes and kayaks free floating on the river while attached. The current record is 568 canoes, creating the largest raft of its kind.

Youth to appear on CNN — Misty Edgecomb of Limestone, a senior at Limestone Community School, will get a chance to talk about her thoughts on CNN’s “Talk Back Live.” On Friday May 5, 150 Coca-Cola Scholars from around the country will meet in Atlanta, Georgia, to discuss their attitudes and opinions on a variety of topics including education reform and community service.

Halfway Home Pet Rescue in Caribou has partnered with the Houlton Humane Society shelter for a cat spay and neuter clinic on Saturday, May 30, and Sunday, May 31, in Houlton.
Campaign Corner END_OF_DOCUMENT_TOKEN_TO_BE_REPLACED