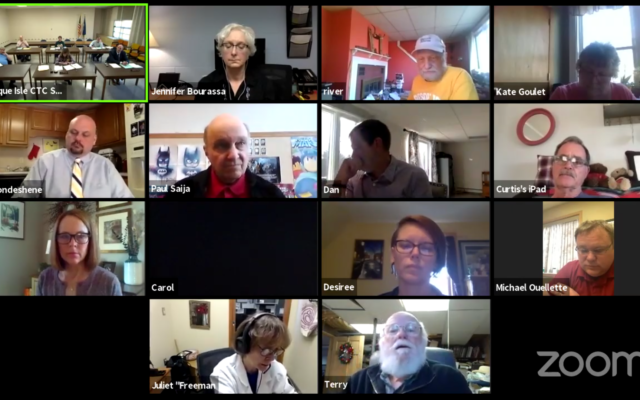 David Marino Jr. • April 15, 2020
SAD 1 Superintendent Ben Greenlaw announced in a meeting Wednesday that he is indefinitely postponing a school board vote on multi-million-dollar renovations to Presque Isle High School.

PRESQUE ISLE, Maine — SAD 1 Superintendent Ben Greenlaw announced in a meeting Wednesday that he is indefinitely postponing a school board vote on multi-million-dollar renovations to Presque Isle High School.

Greenlaw said that the postponement of the renovations by Siemens was due to an uncertain economic situation for the school district because of COVID-19. He said he hopes to take up the measure again in the future, citing March 2021 as a potential date.

The decision came after vocal opposition to the renovations from several residents, including flyers sent to SAD 1 residents condemning them because of their cost. In the public comment section of Wednesday’s meeting, four members of the public voiced their vehement objection to the changes for similar reasons.

Greenlaw accused those flyers of including “misinformation,” and continued to hail the importance of the project — he said the substandard quality of windows at Presque Isle High School that would be updated by the renovations often made it a challenging learning environment for students and teachers alike.

“It’s fairly common for a student or two in a classroom to wear a jacket, to have gloves on, during learning time,” Greenlaw said.

But he also said the school district faced an uncertain future — he was especially concerned about the effect the virus could have on the school district’s budget, along with a likely decrease in tax revenue resulting from the economic effects of the virus.

“I just feel like we have a valid project, something that we need to do,” Greenlaw said. “But the timing is off.”

Other school board members seemed to agree, though a few said that the renovations needed to be addressed at a later date.