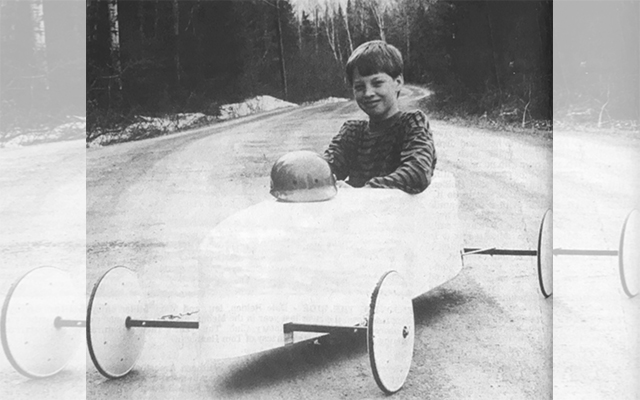 Lanette Virtanen • April 29, 2020
100 Years Ago - May 5, 1920      New quarters — The Houlton Meat Supply opened up in their new location Monday and were ready for business, although not settled. The store is conveniently arranged, light, airy and pleasant, and will be a handy place to trade.

New quarters — The Houlton Meat Supply opened up in their new location Monday and were ready for business, although not settled. The store is conveniently arranged, light, airy and pleasant, and will be a handy place to trade.

Assume management — The young and progressive automobile dealers, Hand and Harrington, on May 1 assumed the management of the Cates Garage on Mechanic street, where they will continue to do business. This gives these young men ample room for the general repair and storage business so long established by Cates and Son, besides the magnificent showrooms for the display of new models. Harold L. Cates will continue to do service work on batteries as heretofore, while Mr. Cates Sr. will retire for a time and take a well earned rest.

Arrived in Houlton — T. E. Bronson, entomologist with the United States Department of Agriculture, arrived in Houlton this week to begin his sixth consecutive year of experimentation in this area for the control of insects which spread disease among potatoes. Mr. Bronson expects this season to work on the McSheffrey road section, devoting most of his attention to aphids.

Reelected — Arnold S. Peabody, who has been acting as vice president in charge of the Houlton Rotary Club since the resignation of James Wigin, was elected to that office to serve a full year beginning July 1.

Wedding anniversary — A belated 50th wedding anniversary supper was held at Friendship Hall of the Court Street Baptist Church in honor of Mr. and Mrs. Oliver Cole. The occasion was sponsored by the pastor and members of the Wesleyan Church. The guests of honor were presented with gifts and a money tree and entertainment included an evening of music, a skit by the Gospellettes, and readings by Luna Humphrey and Marie Harding. Mr. and Mrs. Cole were married on January 27, 1920 at Woodstock, N. B., by the Rev. L. E. Ackland.

Retiring — Two retiring State Police employees were honored at a reception at Watson Hall. Autice Socoby retired after 21 years of service as the building custodian at the Houlton barracks, while Thomas Curran retired after 10 years as a police communication operator.

New Carpet — Houlton High School’s library was spruced up recently through the donation of a new carpet by Houlton businessman Joe Fitzpartick, owner of Furniture and Floors North. There to admire the new carpet which replaced its 30-year old predecessor, were Joe Inman, HHS librarian; Linda and Joe Fitzpartick, owners of the business, and SAD 29 Superintendent William McDonnell. The new carpet is among several changes Inman has instituted at the library during the school year.

It was a freezing day across The County, but you could hardly tell from the turnout. Even after a massive surge in absentee ballot requests across the Central Aroostook area, droves of people came out to vote in Presque Isle, Mapleton, Washburn and Fort Fairfield.
Pets END_OF_DOCUMENT_TOKEN_TO_BE_REPLACED