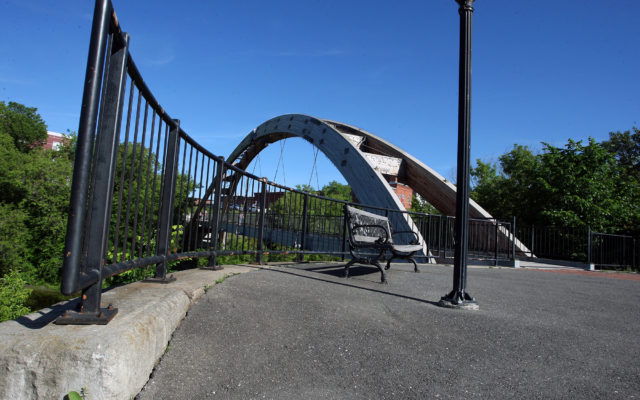 Attraction Committee has vision for town of Houlton

Contributed • May 9, 2020
The Houlton Rotary Club met Monday, May 4, with 40 Rotarians in attendance for the video conference.

HOULTON, Maine — The Houlton Rotary Club met Monday, May 4, with 40 Rotarians in attendance for the video conference.

The three guests attending the meeting were Lucas Anderson, guest of Chris Anderson; Adrian Aponte, guest of Frank Natuluk; and Nick Chandler from Gray, Maine as the guest of Cam Clark.

Several Rotarians commented on how pleased they were with the work of the Houlton Stimulus Project, and how the program managed to raise more than $55,000 for Houlton area businesses impacted by COVID-19. There was unanimous pride in the community for coming together for the greater good during a time of need.

The presentation was given by Chris Anderson, briefing members about the Houlton Gateway Ambassadors program. The timeline began in 1994 with the Northern Maine Business Retention and Marketing Strategy in which the Northern Maine Development Commission (NMDC) was awarded $903,000 by the Economic Development Administration toward the effort.

The historical timeline covered many different economic and cultural visions and plans over the years including the Downtown Revitalization Plan in 2005. The timeline ended with the 2018 Branding Committee reorganizing and becoming the present “Attraction Committee.”

Houlton’s Attraction Committee is endorsed by the Greater Houlton Chamber of Commerce, SADC, and the town of Houlton. Its vision is as follows: “Maximize the marketing and attraction efforts to increase awareness of and interest in the Greater Houlton Community as a place to visit, live, work and play.”

The HHS Alumni Association is active, and with the help of its members, including Rotarian Nancy Ketch, has managed to raise a whopping $1.5 million for its endowment fund. The Attraction Committee sees HHS alumni as people who are promising prospects because they have lived here before and are familiar with the area. With the help of SADC, the hope is to entice some of these alumni to move back to the Houlton area and open businesses, thereby helping to boost the local economy.

Anderson detailed the new Gateway Ambassadors program as having a mission “To positively promote the greater Houlton area as an attractive place to visit, live, work, and play.” And its vision is  that all residents of the area become positive advocates of life in the area.

The program’s goals are to recruit a diverse network of “influencers” to become the ambassadors; to continuously educate the influencers and others on all aspects of the community; to improve the community’s digital presence; and to volunteer to be a host at public and private events when called upon.

The Direct Marketing program is described as an organized and well-funded campaign to reach a target audience. Some of the direct marketing assets are that greater Houlton is well positioned with an active Chamber of Commerce, an active economic development program (SADC), and a town government that is engaged with economic development and policymaking, including a well-funded Community Development office and TIF (Tax Increment Financing) districts.

Another asset of the Direct Marketing program is a strong digital presence. Some listed websites that promote our area are: Greater Houlton Chamber of Commerce, Maine Tourism Association and Aroostook County Tourism, as well as public and private sites including town of Houlton, Houlton Regional Hospital, Houlton Water Company, Mooers Realty, thecounty.me and WHOUfm.

The Houlton Gateway Ambassadors program is planning a special Milestone Event which is unique to Houlton, Maine, and could be the “Event of the Century” for the community, according to Anderson.

This event will happen on April 8, 2024, and it is a total solar eclipse, in which the centerline of the eclipse crosses directly through Houlton, making it the center point for which the eclipse will remain the longest at 2 hours and 19 minutes. The Attraction Committee and Gateway Ambassadors are implementing a campaign to create an entire weekend of fun and are planning to create as much publicity as possible around this exciting event.

June is generally a month that also marks the height of “kitten season,” when large litters of kittens are born and often end up in animal shelters.   Luckily, here at the Central Aroostook Humane Society, we have seen a dramatic drop in the cat population over the past five years, mostly due to our spay and neuter program.
What's Happening This Week END_OF_DOCUMENT_TOKEN_TO_BE_REPLACED