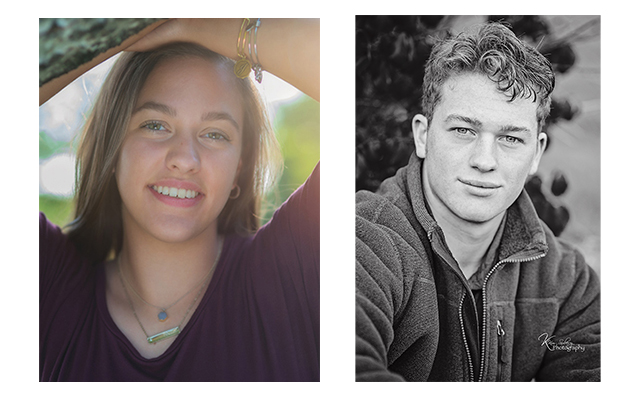 Contributed • May 13, 2020
East Grand School's Jordyn Cowger has been named valedictorian with Noah Sixberry as salutatorian for the Class of 2020, according to principal Margaret White.

DANFORTH, Maine — East Grand School’s Jordyn Cowger has been named valedictorian with Noah Sixberry as salutatorian for the Class of 2020, according to principal Margaret White.

Cowger is the daughter of Patrick and Ruthann Cowger of Danforth. Cowger was class president all four years of high school along with being active in the student council and was inducted into the National Honor Society her sophomore year.

She played soccer, softball and basketball since her eighth-grade year. During those years she received many awards, from Coach’s Award and leadership awards, to Most Valuable Player. This year, she received the All Aroostook Award and participated in the All-Star game in Caribou.

Cowger received many academic awards throughout her high school career. She was awarded Academic Excellence in English, science, math, social studies, art and physical education. During her junior year she was selected for the Phi Beta Kappa Academic Achievement Award along with the Dartmouth Book Award for Academic Curiosity.

Earlier this year she received the MPA Principal’s Award. Cowger’s hard work has surely paid off as she was accepted to Bowdoin College where she will be studying Neuroscience this fall.

Sixberry played three years of soccer and two years of baseball and basketball while at East Grand. He also participated in the East Grand Adventure Race as well as the Kenduskeag Race where he placed third. He also helps with the youth at his Church and with Christmas for Kids.

Sixberry will attend Kennebec Valley Community College in the fall where he will study business administration and marketing.

It was a freezing day across The County, but you could hardly tell from the turnout. Even after a massive surge in absentee ballot requests across the Central Aroostook area, droves of people came out to vote in Presque Isle, Mapleton, Washburn and Fort Fairfield.
Pets END_OF_DOCUMENT_TOKEN_TO_BE_REPLACED