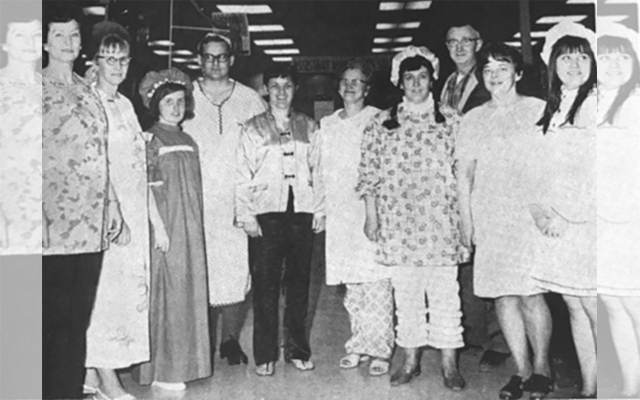 Lanette Virtanen • May 20, 2020
100 Years Ago - May 26, 1920      Rotary discussion — At the regular meeting of the Rotary club on Friday evening B.B. McIntyre of the Houlton Electric Co. gave an illustrated talk on the growth and development of electricity, which was most interesting.

Rotary discussion — At the regular meeting of the Rotary club on Friday evening B.B. McIntyre of the Houlton Electric Co. gave an illustrated talk on the growth and development of electricity, which was most interesting.

Rough ride — H.R. Grant of Hamilton-Grant Co. went to Lewiston last week and drove back a truck for his business. He reports the roads in very good shape, and while somewhat rough in some places there are no bad holes.

Resigns from Police Department — Alfred Ayotte, who has been connected with the Houlton Police Department for nine years, four of which he served as a special officer and for the past five as a regular officer, has resigned from the department and left for Providence, R.I., where he will conduct his own plumbing and steam-fitting business. Mrs. Ayotte will join her husband in Providence sometime during the week.

Library receives gift — Mrs. Leroy S. Brown of Lexington, Mass., formerly Miss Geneva May Philbrick of Houlton, has recently presented to the Cary Library, a book containing 25 specimen, facsimile pages of the Gutenberg Bible, the first book ever printed from type. While Houlton cannot possess a genuine Gutenberg Bible, it may be of interest to see this book, [a] modest sample of the world’s oldest and most highly valued book printed from type.

Pioneer Times to sponsor program — The Houlton Pioneer Times will serve as the sponsor of the Maine Community Betterment Program of the Town according to an announcement made this week. It became the first newspaper to officially sponsor MCB within the State. Marshall B. Hammond, editor and publisher of the Pioneer Times, will serve as acting chairman of the MCB program in Houlton. He will be assisted in the formation of the program by Mrs. Virginia Hiltz, new editor of the paper.

War memorabilia on display — A German newspaper announced German ‘Kapitulation’ at the end of their World War II involvement. Miniature soldiers awaiting instructions, posters depicting the homefront experience for Americans and medals are on display in the Dr. Ellis display case. These sights and more are part of Cary Library’s WWII display. Local veteran Frank Peltier hopes people will add to the collection.

It was a freezing day across The County, but you could hardly tell from the turnout. Even after a massive surge in absentee ballot requests across the Central Aroostook area, droves of people came out to vote in Presque Isle, Mapleton, Washburn and Fort Fairfield.
Pets END_OF_DOCUMENT_TOKEN_TO_BE_REPLACED