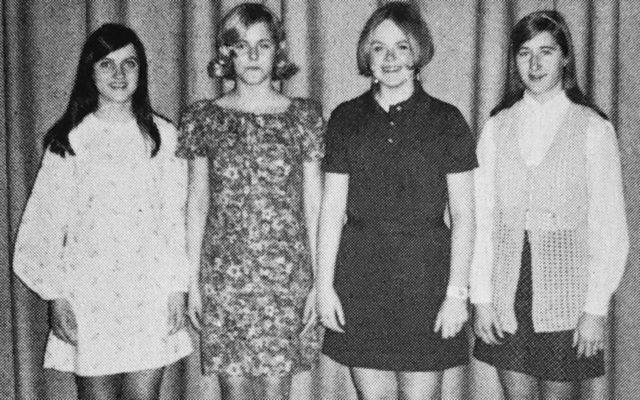 Yvonne Tardie • May 27, 2020
75 Years Ago -  May 31, 1945 Annual Convention Aroostook WCTU -- The 65th Annual Convention of the Aroostook County Woman’s Christian Temperance Union was held at the Methodist Church in Presque Isle May 23, with the president, Mrs. Gladys Sweet of Houlton, presiding.

Annual Convention Aroostook WCTU — The 65th Annual Convention of the Aroostook County Woman’s Christian Temperance Union was held at the Methodist Church in Presque Isle May 23, with the president, Mrs. Gladys Sweet of Houlton, presiding.

There was a large delegation from the unions of the county. The convention was opened with devotions by Mrs. Doris McGorman of the Caribou Union. After the salute to the flag, led by Mrs. Edith Thomas of Caribou, the following committees were appointed for the day: pages, Mrs. Pearl Benn and Mrs. Hostense Hubble; credentials, Mrs. Beatrice Tomlinson, Mrs. Ella Paula and Mrs. Doric McGorman.

American Legion Auxiliary Poppy Sale success — Mrs. Bessie Fulto, president of Ray Goding Unit No. 88, Auxiliary, thanked the community for the excellent support given to the Poppy Sale on May 26. The sale was under the chairmanship of Mrs. Walter Cassidy, with the assistance of a corps of helpers.

Flying Cross presented to Sgt. James Williams — Westover Field, Mass,. May 23, The Distinguished Flying Cross was presented to S/Sgt. James M. Williams, Presque Isle, at a decoration ceremony held at this First Air Force combat crew training base. Sgt. Williams, an overseas veteran, won the award for “extraordinary achievement while participating in aerial flight,” according to the citation.

Making paper — Mrs. Doris Murchie’s fifth-grade students at Higgins Elementary School in Mapleton made a 5-M paper mill, beginning from the forest and continuing to the finished product. After learning about the various steps involved in making paper, the students followed a recipe and made their own paper.

Scouts at state Capitol — Governor Anugus S. King, Jr., welcomed Girl Scout Troop 302 from Presque Isle to his Capitol office. The scouts, Jessica Lipschultz, Heather Powers, Sarah Kelley and Julie Johnson from the Cunningham School, and Renee Graham and Nicole St. Pierre from the Skyway Middle School, along with their troop leaders, Carol Lipschultz and Mary Graham, interviewed the governor on issues of education, agriculture and what it is like to be governor.

Best in match — The Central Aroostook Kennel Club held an American Kennel Club-sanctioned dog match on May 14. Best in match was Jonas, an English Setter owned by Debra Madore of Presque Isle and Gerald Levesque of Grand Falls, New Brunswick. Best Junior Handler was won by Stacey Tully of Washburn. Thirty dogs from the local area and Canada were entered into the competition, which took place at the forum in Presque Isle.

Just when we thought we were out of the woods with kitten season, it has hit full force.  The past few days have been difficult answering the phone and hearing the stories of why people have litters of kittens they need to surrender.
Campaign Corner END_OF_DOCUMENT_TOKEN_TO_BE_REPLACED