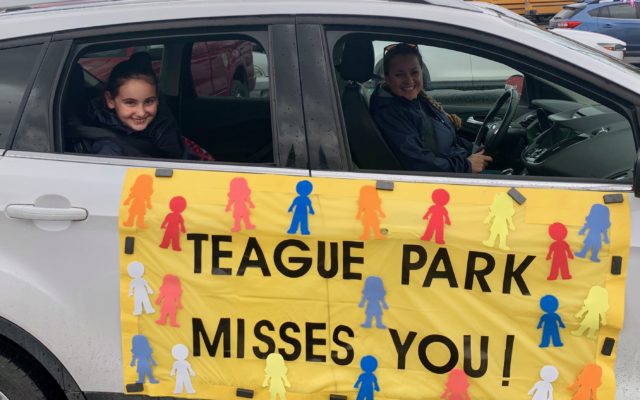 Chris Bouchard • May 31, 2020
With schools across the world shutting down during the COVID-19 pandemic, Teague Park Elementary School in Caribou was inspired to hold a parade that allowed teachers to see their students after nearly two months of distance learning.

CARIBOU, Maine — With schools across the world shutting down during the COVID-19 pandemic, Teague Park Elementary School in Caribou was inspired to hold a parade that allowed teachers to see their students after nearly two months of distance learning.

Mark Shea, an educational technician for Teague Park, said he was inspired to hold the May 8 parade after he and his colleagues noticed that other schools in the country were hosting similar events.

“We thought it was the perfect way to celebrate all the hard work that has been done here, and that it would also provide motivation for teachers and students that we only have about a month left,” he said. “That was our impetus to do it — celebrating hard work and to really buckle down for the last days of school.” 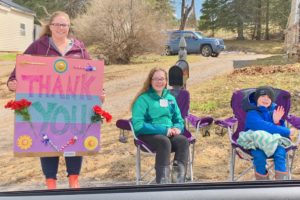 Teague Park Principal Cheryl Hallowell said Shea has been leading the school’s morning announcements, which are held via Zoom and broadcast on YouTube for students to watch. These announcements quickly grew from between four and five minutes to up to 15 minutes, and began to involve several teachers and guests.

She said the growing popularity of these announcements inspired Shea to look for more ways to connect with the students.

Leading up to the parade, Hallowell said the school cleared the event with the local police department to make sure state guidelines were being met. Not only did the police approve the event, but Hallowell said an officer led the parade in a police cruiser. 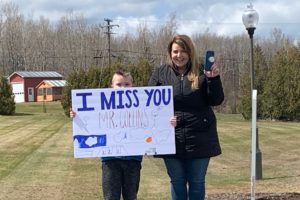 Shea also worked with RSU 39 (Caribou and Stockholm school district) maintenance and transportation Director Wayne St. Pierre to determine a route that would allow the vehicles to drive by the most homes in the area.

The route was then posted a couple days before the parade so parents and their children could find a spot to watch if their home was not directly on the route. 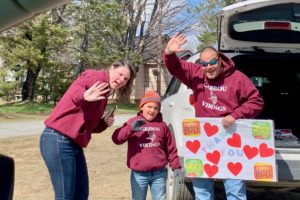 The parade began at 1 p.m. and ended roughly two hours later. Most staff members had decorated their vehicles and drove by as students cheered them on.

“The children were amazing,” said Hallowell. “A lot of people had signs out. Kids and parents were clapping and taking videos, and some tears were shed by teachers.”

Hallowell said one student and his mother printed out a map and drove out to four different spots so they could see the parade in four different places.

Shea agreed that the student reaction was overwhelmingly positive. 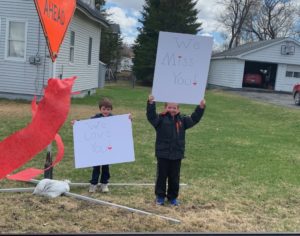 “It felt like when we’d have ice cream trucks,” he said. “Kids heard the police car and the horns honking and they’d run down to the edge of their driveway and wave. Some kids were crying because they were so happy, they were jumping up and down. It was pure joy.”

Shea said almost 100 percent of the school’s staff was involved in the parade, which he said speaks to just how much they have missed seeing their students.

“Students and teachers really need that connection,” he said. “You can tell that they really needed it, and it struck a chord with a lot of them. Teachers become such a huge part of their lives during the school year, and it was really cool to see their reactions.”

Just when we thought we were out of the woods with kitten season, it has hit full force.  The past few days have been difficult answering the phone and hearing the stories of why people have litters of kittens they need to surrender.
Campaign Corner END_OF_DOCUMENT_TOKEN_TO_BE_REPLACED