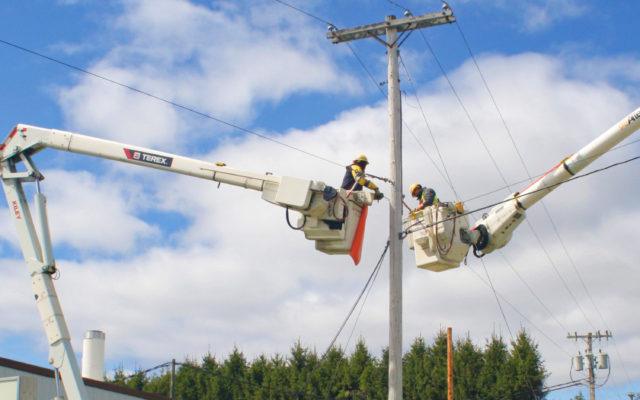 According to Versant spokeswoman Judy Long, Aroostook County customers in the Maine Public District will see an $8.61 increase, based on usage of 500 kilowatt-hours per month. A typical customer now pays $71.18 for delivery and Standard Offer electricity supply, a cost that will increase to $79.79.

Long said in a June 24 press release that customers will see changes to three rates on their bills: transmission, stranded costs and conservation. Versant Power’s distribution rates will not change, and have remained unchanged since July 1, 2018.

“Versant Power’s rates are based on the cost to provide safe, reliable service throughout northern and eastern Maine, and we’re continually working to improve reliability and customer service in a cost-effective way,” Long said.

The July 1 rate changes are not associated with Versant Power’s change in name or ownership, according to the press release.

New rates for all customers will be posted at versantpower.com as of July 1. Distribution rates will not increase before October 2021, and Versant Power customers will not be responsible for the costs associated with changing the company’s name, stated the release.

Versant Power reported it is working with the Maine Public Utilities Commission and the Office of the Public Advocate to distribute more than $13 million in rate credits to customers, one of the customer benefits provided by ENMAX’s acquisition of Versant Power. A proposal has been filed with the MPUC to distribute $8.1 million to all Versant Power customers as well as customers of adjacent consumer-owned utilities.

It is so unusual to be experiencing 80s and into the 90s this past week. We have all been waiting for summer, and it is finally here. The grass is getting green, the trees are budding and the birds are singing.
Campaign Corner END_OF_DOCUMENT_TOKEN_TO_BE_REPLACED