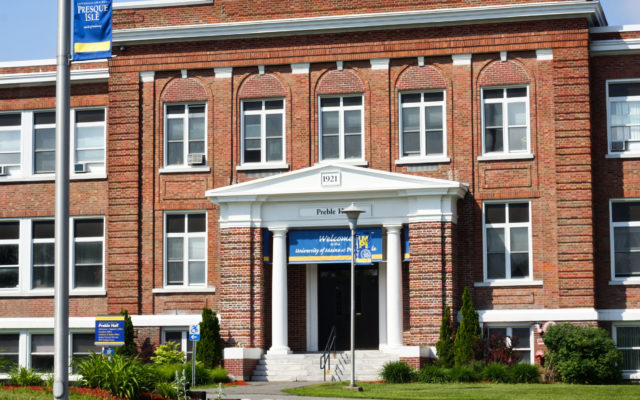 Contributed • July 1, 2020
With changes in state guidelines, the University of Maine at Presque Isle is making plans for the phased re-opening of two of its public spaces, the Center for Innovative Learning and Gentile Hall, this summer.

PRESQUE ISLE, Maine — With changes in state guidelines, the University of Maine at Presque Isle is making plans for the phased re-opening of two of its public spaces, the Center for Innovative Learning and Gentile Hall, this summer.

According to a June 30 campus statement, the CIL (or the library), will open on July 8 for on-campus personnel, while Gentile Hall may reopen in August.

These spaces closed to the general public in mid-March, but remained open to students, faculty, and staff. They were fully closed to all patrons later that same month.

UMPI officials have initiated plans to open these two buildings in the same way they were closed–in a phased manner to best ensure campus and community health and safety.

Starting July 8, the CIL will be open to those on campus–including students currently in the residence hall, staff that live on campus, and faculty/staff currently approved to work on campus. On July 15, if the first week of operations run smoothly, the CIL will open to faculty, staff, and students within the local area.

Health and safety protocols will be in place for those using the facility, from a rigorous cleaning schedule to limits on the number of individuals allowed in a building at one time to the use of face masks, social distancing, and hand sanitizer.

“If this ‘soft opening’ proceeds as planned, our hope is to initiate a wider opening of the CIL to the public in August, though we’ll be keeping a very close eye on things and will assess the situation as we go,” Ben Shaw, UMPI’s chief business officer, said.

Gentile Hall will remain closed until at least Aug. 1. Due to the uniqueness of this facility and the demand it would put on limited cleaning supplies, UMPI officials are not prepared to open the space in July. Officials will closely monitor the situation in the next few weeks and will update the campus and community on potential opening plans later in the month.

“If we are able to open Gentile Hall in August, we expect to approach the opening in much the same way as our timeline for the CIL, with a phased approach over the course of several weeks. With the additional time, we’ll continue to monitor Maine CDC guidance for fitness centers as well as coordinate with other fitness centers in the local area to compare plans and share best practices,” Shaw said.

“As has been the case since March, the Gentile Hall memberships of paying community members who are not able to access the facility at this time will be extended, beginning at the point when they are able to return to Gentile Hall.”

A limited number of staff members who work in the CIL have returned to the building to prepare it for opening.