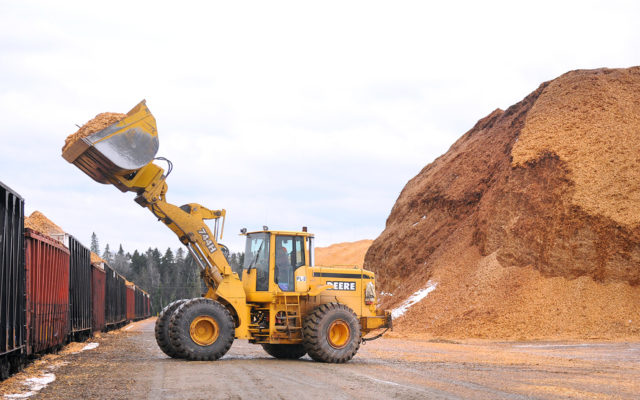 Non-profit hopes to brings jobs and investment to Ashland region

David Marino Jr. • July 5, 2020
Known as the gateway to the North Maine Woods, Ashland and its surrounding communities have long been connected to the forest product industry.

ASHLAND, Maine — Known as the gateway to the North Maine Woods, Ashland and its surrounding communities have long been connected to the forest product industry.

Ashland resident and former managing director of Maine Woods Company Don Tardie hoped to continue and enhance that role when he announced the founding of the Ashland Area Economic Development Corporation last month.

The corporation is a non-profit that seeks to increase opportunity, recreation and livability in the Ashland region. It is the successor organization to the Ashland Area Economic Development Committee, which began in 2018.

Tardie said he sought the new status for the organization to increase its chances for grant funding.

“After talking to some of the granting agencies, they felt that they have more accountability when there’s a board of directors,” Tardie said. “There’s a structure.”

Tardie said the region’s economy had been in decline since 2005, with many local sawmills closing. The goal of the Ashland Area Economic Development Corporation is to reverse that trend, bringing new investment and workers to the region.

“The need to attract investors to the Ashland region is critical if we want to save our community,” Tardie said.

Ashland is centered in the middle of Maine State Route 11, which is the primary avenue of forest product transportation in The County. The corporation believes there is unbridled potential in the millions of acres of forest where these roads provide access.

The corporation’s prospectus is a lengthy promotion for Ashland. It highlights the opportunities for recreation in the town, its diverse cultural heritage — including the Amish, French-American and Swedish-American communities — and quality local medical care.

It is in line with the corporation’s goals, which is to encourage investment from the lumber industry by making Ashland as attractive a location as possible, including by encouraging the development of new housing in the region.

Many already go to Ashland for those activities. Yet, Tardie said the town could further expand these ventures by attracting the development of a hotel in town. Currently, the nearest hotel is Dean’s Motor Lodge in Portage Lake.

“Ashland is the gateway to the North Maine Woods, and to that gateway, people need services,” Tardie said. “One of the primary services that is needed is a good motel/hotel restaurant facility.”

The board contains seven people with ties to Ashland and the woods industry, including former town manager and forest products industry manager Ralph Dwyer and Kay Rand, an Ashland native and former chief of staff to Maine U.S. Sen. Angus King.

Tardie said he hopes to add representatives to the board from the nearby communities of Portage Lake, Nashville Plantation, Garfield Plantation and Masardis.

The entity held its first yearly meeting as a corporation in April over Zoom because of the COVID-19 pandemic. With help from start-up funds provided by the town of Ashland, Tardie said he sees a lot of potential in the organization’s future.

“The mission is to expand jobs, economic and regional opportunities to the Ashland region,” Tardie said. “To ensure that it remains a great place to live, work and raise a family.”