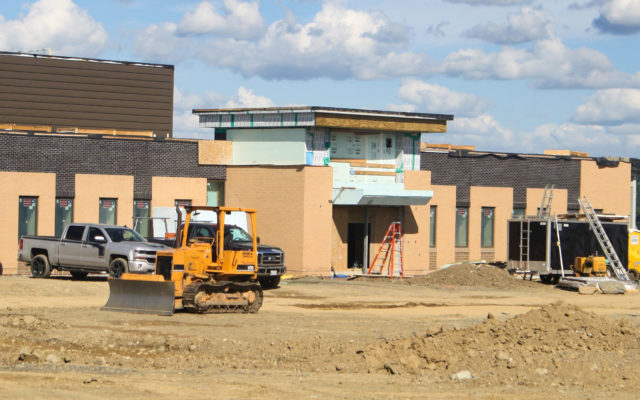 National Guard facility in Presque Isle to be finished by December

David Marino Jr. • July 6, 2020
A new $18.3 million National Guard facility in Presque Isle is scheduled to be finished in December, according to a Maine National Guard spokesperson.

PRESQUE ISLE, Maine — A new $18.3 million National Guard facility in Presque Isle is scheduled to be finished in December, according to a Maine National Guard spokesperson.

The Northern Maine Readiness Center will be located on a 10-acre plot at 6 Edgemont Drive. About 75 of the 100 members of the National Guard’s 185th Engineer Support Company are expected to begin drilling at the facility after it opens in late January or early February 2021.

The facility will be used for training and administrative functions currently performed in an older building in Caribou. The Caribou location had shown its age and had become “difficult and costly to maintain,” Lamb said.

In contrast, the Presque Isle facility will feature a full kitchen, gym, vehicle training center, large assembly hall and classrooms. The Guard has also focused on energy efficiency with the project, including installing a photovoltaic power generation system, low-flow plumbing fixtures and LED lights on the interior and exterior.

The Guard first announced the facility in June 2016, with construction breaking ground in November 2018. Eagle Lake-based Devoe Construction was contracted for the project.

The new building does not have an area specifically for lodging, as many soldiers commute for drills, Lamb said. The spokesperson said there was space for cots to be set up during extended training periods or if soldiers want to spend the night rather than undertake a long drive in the dark.

The 185th Engineer Support Company is part of the Maine Army National Guard’s 133rd Engineer Battalion, a centuries-old unit that specializes in engineering and construction. It has also responded to natural disasters around the country, including sending troops to aid with Hurricane Katrina devastation on the Gulf Coast in 2005.