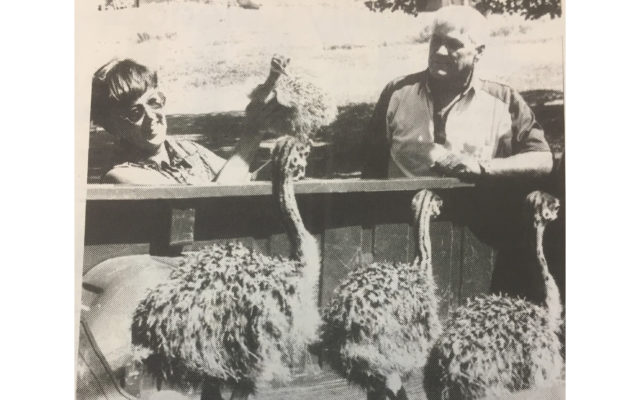 New Houses — John W. Harmon has commenced work on two new houses he will erect this summer on Park Street.

Directory – –  The new directory of New England Telephone Co. gives the Caribou area a subscription base of 250.

Editor — L.P. Waddington, the lively editor of the Mars Hill News, was in Caribou this week meeting with other editors in the area.

Hotel— R.L.Watson, manager of the Vaughn House, this week announced the completion of the hotel’s banquet hall, which is available to local organizations for parties, dances and banquets.

Storm — A violent electrical storm, the most severe in several years, visited this locality Wednesday, July 25, lasting six hours from 3 p.m. to 9 p.m. Some damage was done to electric light lines and telephone lines though not as much as might be expected considering the storm.

Circus proceeds will aid — One of the many delights to a child is a circus; so say the children in the Noyes Mill Road neighborhood in Limestone, who held their fifth annual summer circus on Friday, July 31 and Monday, Aug. 3. “Welcome to our fifth annual summer circus,” announced 13-year-old Jodi Ward in her opening speech. “Peru had a very bad earthquake and we decided we should send them all the proceeds.”

Institution —  Department VFW Auxiliary youth activity chairman, Barbara Green of Auburn, was in Caribou for an institution ceremony for the new VFW Junior Girls Unit. She is the daughter of Brenda Walton, daughter of Mr. and Mrs. Philip Walton, first president of the unit.

Cat Rescue — Police coached to safety three young boys who were attempting to rescue a stranded cat on steel beams beneath the Aroostook River bridge after a Lyndon Street woman reported her concern to local police. The cat had been stranded near the bridge for three days, reported the police, when Helston Jackson rescued the cat from its predicament with the use of a borrowed cherry picker.