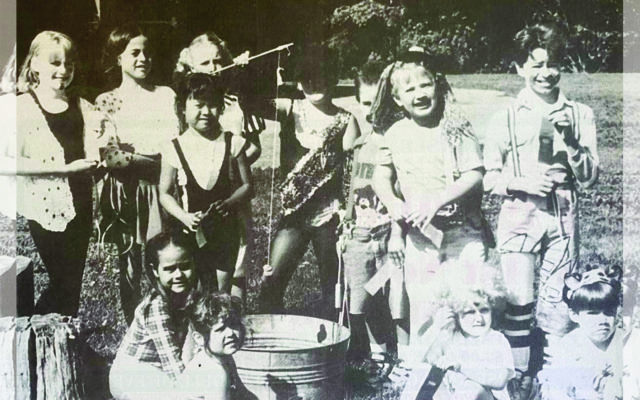 Lanette Virtanen • July 29, 2020
100 Years Ago - Aus. 4, 1920      Returned to Houlton — John Chapman, who formerly worked for the Putnam Hardware Co., in the accounting department, leaving there to enter the U. S. service, has returned to Houlton and has entered the employ of B. S. Green as a salesman.

Returned to Houlton — John Chapman, who formerly worked for the Putnam Hardware Co., in the accounting department, leaving there to enter the U. S. service, has returned to Houlton and has entered the employ of B. S. Green as a salesman.

Here for a visit — Dr. T.J. Fitzmaurice of Lewiston, who for years resided in Houlton, has been in town for a few days meeting many old friends. The doctor says that for its size, Houlton is the best town in the whole United States and many other people agree with him.

Replacements — A change in the personnel of the New England Telephone and Telegraph Company here will take place next week when Ralph E. Bradbury, manager of the company’s exchange at St. Johnsbury, Vermont, will arrive to take over the duties of Arthur G. Vose, who will relinquish supervision of the local office preparatory to his retirement in the fall of the completion of half a century of association with the company.

Plans for expansion — Alan Clark of the Houlton Farms Dairy this week disclosed plans of that company for a postwar expansion which will provide for this community the last word in modern dairy facilities and service and give assurance of the highest quality of dairy products it is possible to offer the public.

Grange Herald Award — The Southern Aroostook Soil and Conservation Service was presented with the Grange Herald and the Goodyear Tire and Rubber awards during a district meeting last week at Colby College. The awards are for outstanding contributions made in the field of soil and water conservation. State Master Ronald Bagley is presenting the Grange Herald award to Henry McBride of Littleton, chairman of the supervisors of the Southern Aroostook SCS. Also there were Vince Porter of Bridgewater, Stuart Rand of Sherman, and Arthur Crouse of Patten, members of the board of supervisors.

Named to the police force — Terry Beagton, 21, a 1967 graduate of Houlton High School, began his duties this week as a patrolman with the Houlton Police Department. He is the son of Mr. and Mrs. Elmer Beaton of Monticello, and has formerly been employed by Jewell Bros., in Monticello, and in the office of the Monticello Potato Shippers.

Learning about the body — Josh Benedict and Ryan Sherman of the New Horizons PreSchool recently visited Hair Works studio as part of a curriculum called ‘Me and My Body.’ Store employee Shane Thornton gave the students hair cuts as part of an annual field trip.

Retires — Priscilla ‘Sida’ Swallow, RN was recently honored at a retirement party. Sida has been an RN in the Houlton area since 1951, most recently serving 13 years with the Visiting Nurses of Aroostook.