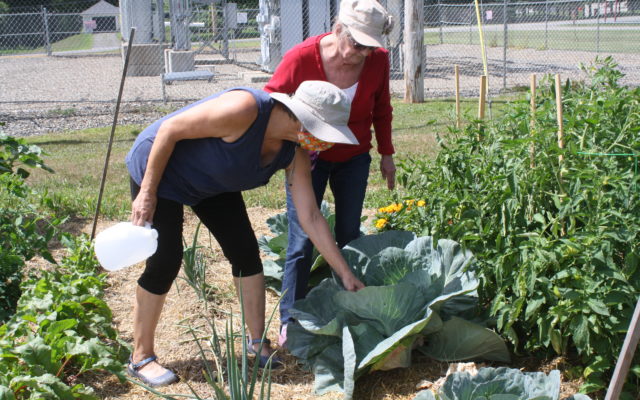 Melissa Lizotte • August 4, 2020
When Darcy McBay's longtime friend Joyce Haines asked her if she wanted to plant a vegetable garden together this summer, McBay thought she might grow herself some fresh food and learn something new.

MAPLETON, Maine — When Darcy McBay’s longtime friend Joyce Haines asked her if she wanted to plant a vegetable garden together this summer, McBay thought she might grow herself some fresh food and learn something new.

But it didn’t take long for both women to realize that their garden, located in Haines’ backyard, was becoming much bigger and more rewarding than either of them had anticipated. 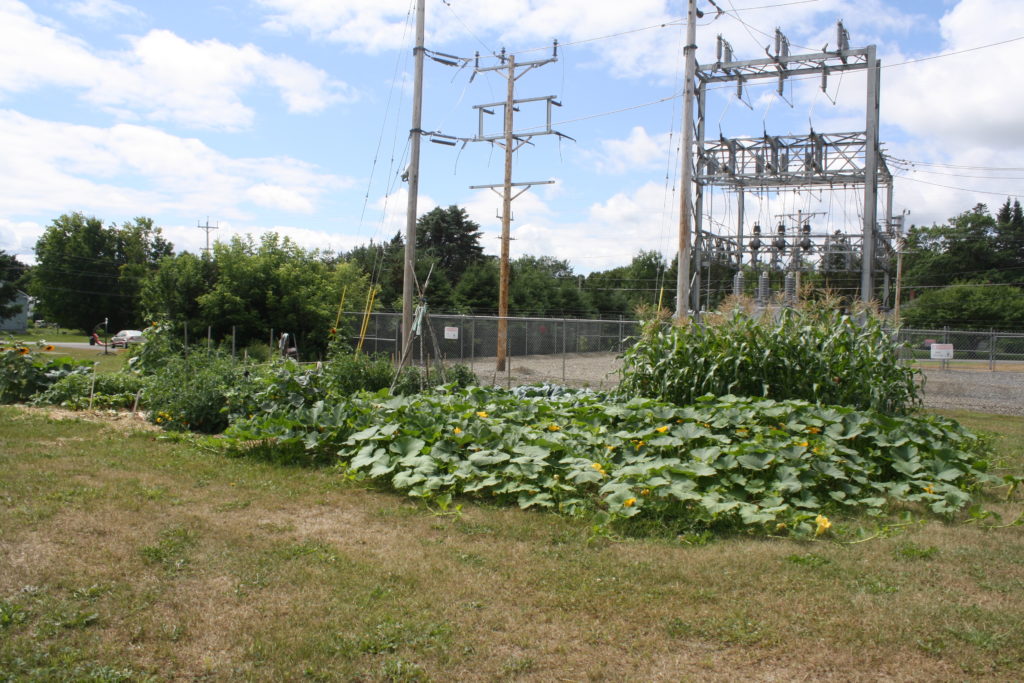 What began as a 12-foot square vegetable garden has turned into a 40-by-35-foot plot grown by Mapleton friends Joyce Haines and Darcy McBay. (Melissa Lizotte)

“It’s crazy because I’ve never planted food before. I had only done flowers before this,” said McBay, who co-owns Mapleton Diner with her husband Bob McBay.

Haines and McBay have known each other for nine years and Haines has planted a vegetable garden every summer for the past 15 years. She suggested to McBay that they both work on the garden this year as a way to share tips and fun conversation.

Every time she enters the garden, McBay is stunned to see the corn stalks growing well above her head, the cucumbers and zucchini stretching as long as her arms and the squash and cabbage becoming thick and round. Haines has found much joy in sharing the garden with other community members who stop by for a visit. 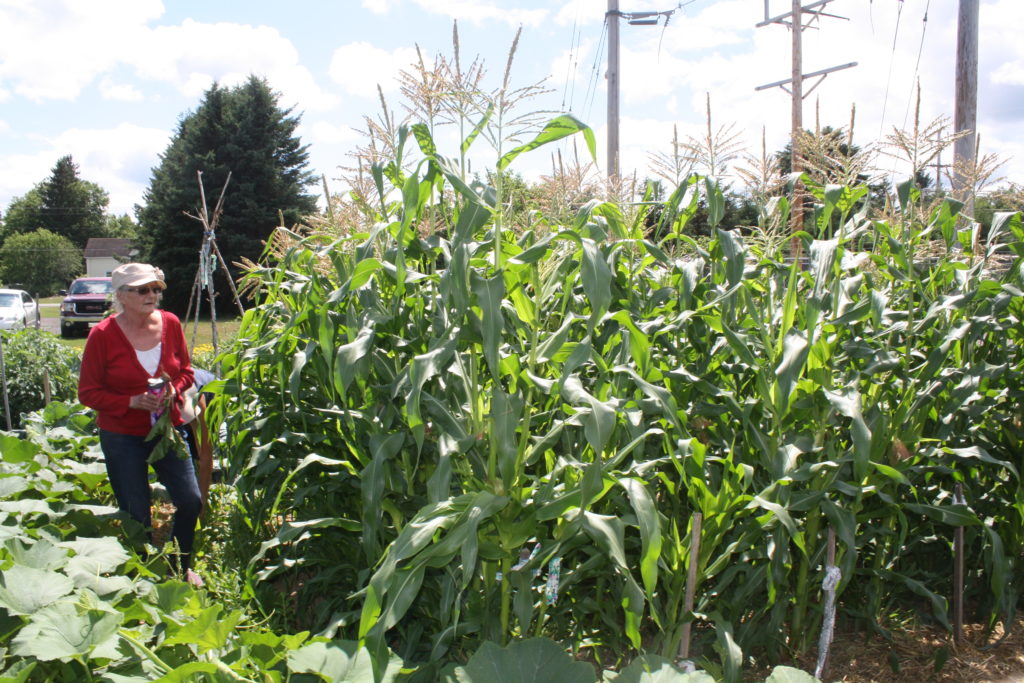 Joyce Haines of Mapleton looks in amazement at the tall corn stalks that she and longtime friend Darcy McBay have planted. (Melissa Lizotte)

“People who come here are amazed,” Haines said. “Every morning I come out to see what has grown and it’s only been getting bigger.”

With Mapleton being a small Aroostook town, Haines and McBay don’t want to keep the fresh vegetables to themselves. They have invited neighbors and friends to pick food themselves and hope to donate some of the vegetables to the town office for people who might have a crucial need for food.

McBay also wants to use the summer crops when she and her husband cook a Thanksgiving dinner for the community at the Mapleton Lions Club. For her, the garden has been a bountiful source of community spirit.

“There’s a lot of food insecurity in the area. We can’t really fix the problem, but if we can give food to at least some families, that’s what we want to do,” McBay said. 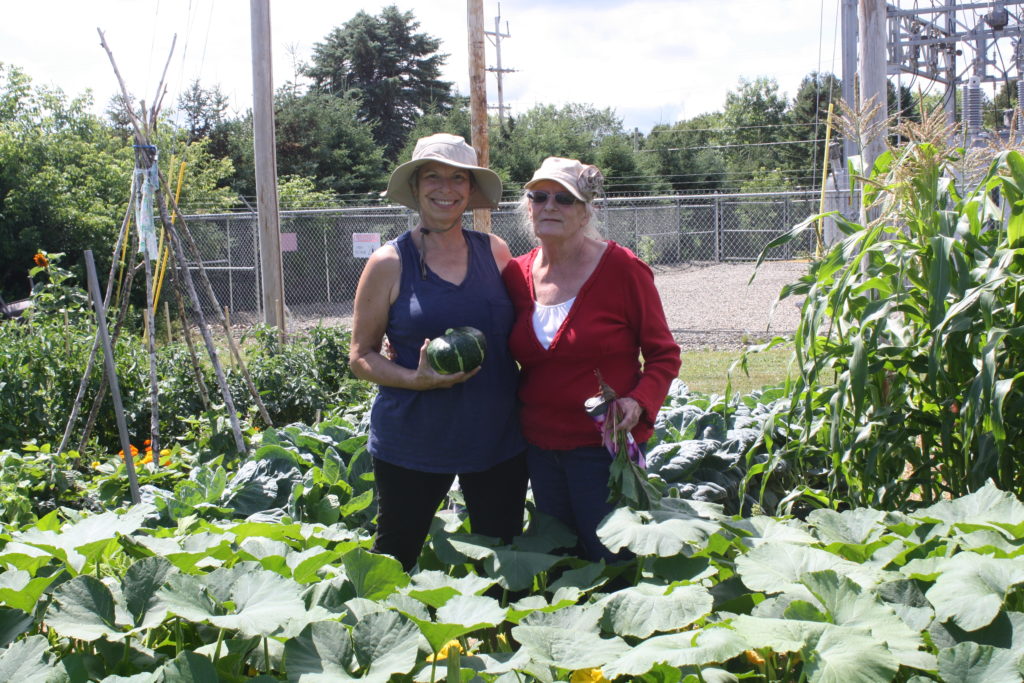 Darcy McBay, left, and Joyce Haines show off a big buttercup squash that has grown in their garden this summer. (Melissa Lizotte)

She and Haines have found their gardening to be an especially great way to spend time together and spread positivity during the COVID-19 pandemic. More than ever, they understand how good food and good company can go a long way toward brightening someone’s day.

“At this point, we just come out here to figure out all the problems in the world. We call it ‘The Joyce and Darcy Show’,” McBay said. “No one listens to us, but we feel that we have a pretty good show going on.”

On Thursday, Rep. Harold “Trey” Stewart III, R-Presque Isle, announced he will run for a state Senate seat in the 2020 legislative election -- an important change for one of the most powerful representatives in the Maine House.
Pets END_OF_DOCUMENT_TOKEN_TO_BE_REPLACED