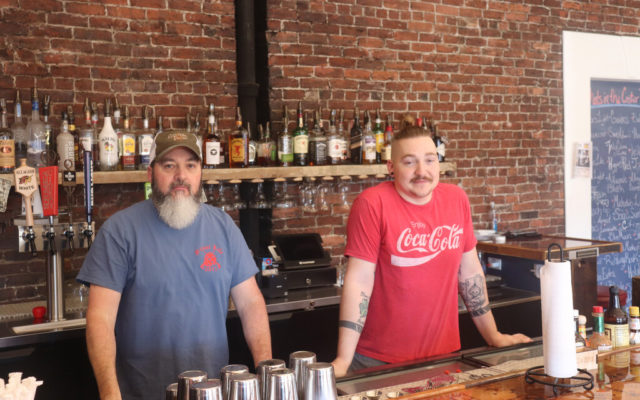 Downtown Houlton businesses reflect on changes made since COVID pandemic

Alexander MacDougall • September 9, 2020
The arrival of several new businesses around Main Street and Market Square have helped remake the downtown Houlton area, providing new venues along with the legacy stores that have been around for decades.

HOULTON, Maine — The arrival of several new businesses around Main Street and Market Square have helped remake the downtown Houlton area, providing new venues along with the legacy stores that have been around for decades.

But since the first state of emergency was declared in Maine due to the COVID-19 pandemic, businesses both old and new have had to suddenly reconsider the way in which their stores and restaurants are operated.

James Harvey arrived in Aroostook County approximately a year ago, having previously lived in Virginia and Texas. Noticing a lack of sports bars where people could watch Sunday NFL games, he decided to open Bastion’s Tavern in Market Square, together with his son Logan.

But in March, only seven months after Bastion’s had opened, the bar had to be shut down for two months due to Gov. Janet Mills’ emergency orders as COVID-19 made its way into Maine.

“We saw the writing on the wall. We saw it coming,” said Harvey. “I was kind of hoping that it would never pan out up here. But on March 18, the government closed us down.”

Though Bastion’s reopened in May, Harvey said they had to cut 25 seats to make room for social distancing, and many of the regular customers who had been coming still have not been back, perhaps still apprehensive about dining in during the pandemic. But he also said they have some new customers, who began coming just to support local businesses.

“We had several people saying, you know, we’ve never been here, but wanted to come in and support you guys,” Harvey said. “And some of those have become regulars.” 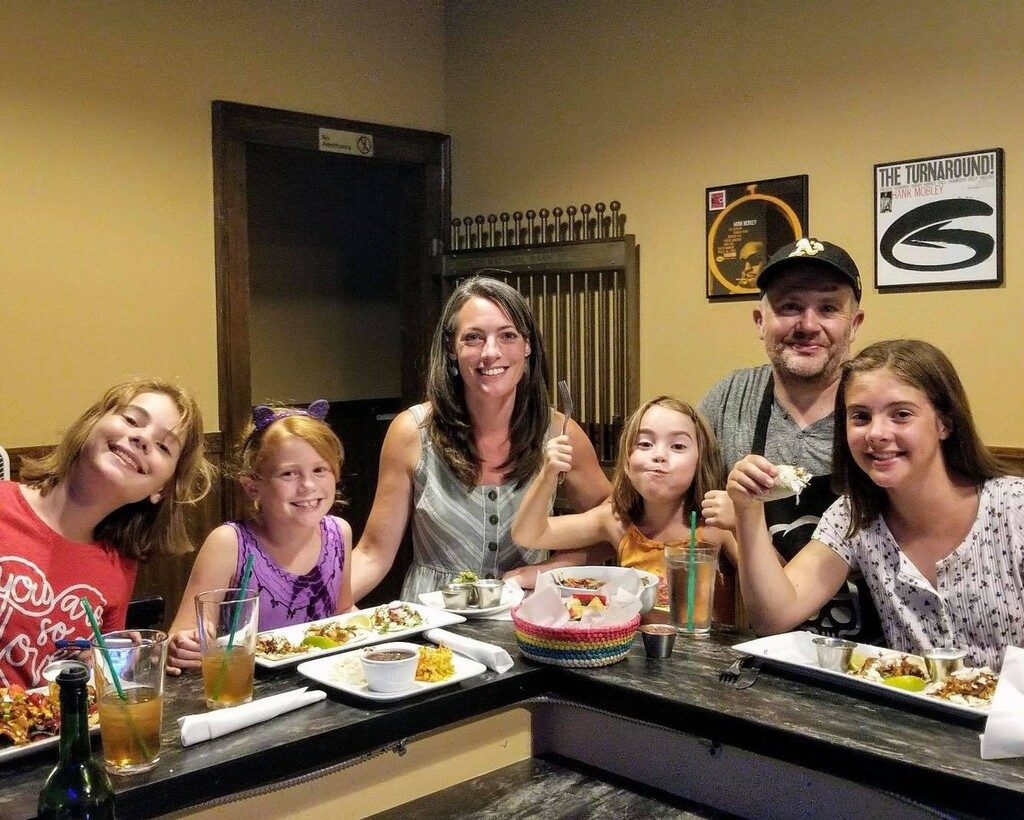 The Wells family, owners of the Vault Restaurant in Houlton, were the guest speakers at the Houlton Rotary Club’s Aug .17 online meeting. Kristen and David Wells took over the restaurant in February. With the couple are their children, from left, Gemma, Scarlet, Kristen, Tessa, David, and Ava. (Courtesy of Katie Hill)

Bastion’s Tavern is not the only new dining business to have had to adjust to the new reality under COVID-19. The Vault Restaurant, located on Main Street, opened at the end of February, just weeks before state-ordered indoor dining closures due to the pandemic. David Wells, who co-owns the restaurant together with his wife Kristen, said it forced the business model to be drastically altered.

“We switched from being 100 percent dining to 100 percent takeout, pretty much on a dime,” Wells said. “But when we started doing takeout, we sold a higher volume of food per night than we even had on our opening week. And I think a lot of that was just because there was so much community awareness about supporting us.”

The Vault has since reopened, and now does both indoor dining and takeout.

Retail service stores along Main Street have been slightly more fortunate in not having to change too much regarding their stores’ layouts. Robin Crone, owner of Country North Gifts, located along Market Square, said the store has actually seen increasing business since reopening, with the rise in sales coming from the store’s home decor items.

“I think people are just getting stir crazy and want to get out,” said Crone. “Also if people aren’t traveling, they’re not getting to other places such as Bangor or Portland to shop.”

Katie Sloat, who owns Serendipity Dragonfly, formerly known as Jean’s Serendipity, a children’s store and pet shop, managed to keep her business open throughout the pandemic, as the store’s selling of live pet food, such as crickets for pet reptiles, allowed it to serve an essential need. Having recently taken over the store from her parents, she hopes to hold a socially distanced Christmas event in the store.

“We’re trying to get ready for the holidays in the hopes that we can still have a good holiday season, and offer a fun place for kids to come, at least with their masks on, and do some shopping,” said Sloat.

Houlton’s businesses have also been looking for ways to support one another throughout the pandemic. On Sept. 5, Bastion’s celebrated its one-year anniversary by handing customers grab bags, included in which were gift certificates to other nearby businesses.

“For our birthday, we want you to go across the street to the [Temple Cinemas] theater, or over to The Vault,” explained Harvey. “You’re here, and you’ve given us a little love, we want to send that down their way too.”