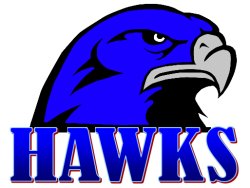 The Hodgdon boys and girls soccer teams opened the season Sept. 24 with games against Southern Aroostook.

At Hodgdon Sept. 24, the Hawk girls used a strong second half surge to break open what had previously been a defensive battle. The Hawks scored all three of its goals in the second half for the shutout win.

Mikyla Howland scored a goal at the 20:52 mark, and followed up with another goal at the 18:43 mark that was assisted by her sister, Faith Howland. Sabra Scott added the third and final goal of the game with 16:54 to play.

At Dyer Brook Sept. 24, the visiting Hawk boys received a whopping five goals from Josh McGillicuddy to notch the victory. Colton Folsom had two assists, while Sam Duff, and Drew Duttweiler each had one assist.

Seven candidates are vying for three seats on the Caribou City Council in the upcoming election, including five newcomers and incumbents Hugh Kirkpatrick and Mayor Mark Goughan.
Pets END_OF_DOCUMENT_TOKEN_TO_BE_REPLACED