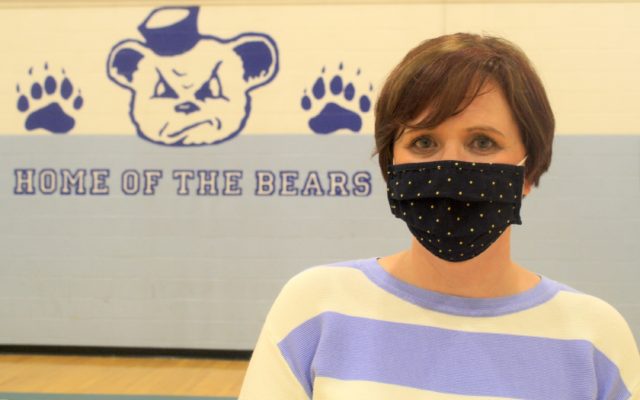 David Marino Jr. • September 29, 2020
EASTON, Maine -- Easton Elementary School is one of three schools in Maine recognized as a 2020 National Blue Ribbon School by the Department of Education, the DOE announced on Thursday.

EASTON, Maine — Easton Elementary School is one of three schools in Maine recognized as a 2020 National Blue Ribbon School by the Department of Education, the DOE announced on Thursday.

Around March, the DOE notified Easton Elementary that it had nominated the school for the award, said Principal Erin Ireland of Presque Isle. She consulted with staff and then-Superintendent Roger Shaw, all of whom were excited about the prospect of Easton Elementary receiving a national award.

Ireland and other staff members — including teachers, an ed-tech and Easton School District Curriculum Coordinator Larry Fox — devoted eight to 10 hours to the application. They included information on the school’s demographics, curriculum and teaching methods.

The school first heard they had been chosen on Thursday when staff members — most of whom were not in the building because the school is on harvest break — watched live as the DOE announced Easton as one of the recipients. Staff were ecstatic, Ireland said.

“What an amazing thing to be recognized nationally,” Ireland said. “Out of all of the schools in the entire country.”

The DOE will be hosting a virtual ceremony in November that Easton hopes to attend. Ireland said she also hopes to commemorate that occasion at the school within the limits of COVID-19 restrictions.

Ireland said federal education officials recognized the school because of the personalized learning experience it provides. She said Easton’s status as a small school — it has 133 students at the elementary level — allows for robust teacher-student interaction.

One example of this personalized learning style is the school’s daily “smart block” time, where each student works on a particular skill they need to improve upon. With the help of several ed techs, Easton Elementary also focuses on small group learning in the classroom, Ireland said.

“We get to know their interests, their learning styles and them as a person,” Ireland said. “Get them excited about learning, about doing their best.” 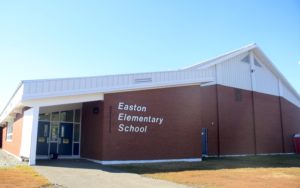 Ireland — who is in her second year as principal at Easton Elementary — is a graduate of the University of Maine at Presque Isle and did her student teaching in Easton. She spent decades teaching in the Searsport area before moving back to The County a few years ago.

Ireland said the school’s educational goals had not been affected by COVID-19, though the virus had sometimes altered the method of achieving them. Easton Elementary is currently holding in-person classes.

She hopes that the award will help propel Easton Elementary’s staff through what has been a difficult time for educators across the country.

“It’s been a rough six months, but I think this is what we needed to remind us that what we are doing here is great,” Ireland said. “And that COVID or no COVID, we are going to continue to do good work.”