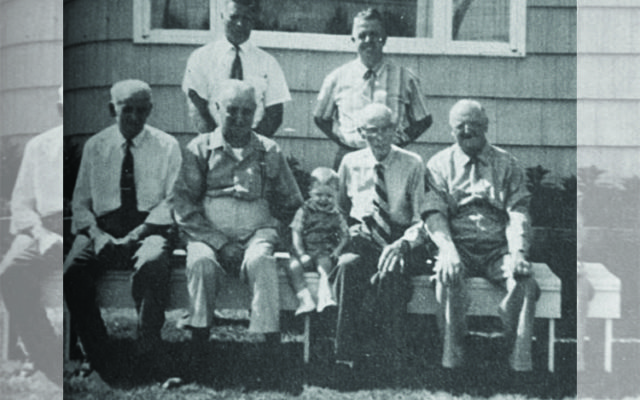 Contributed • September 30, 2020
100 Years Ago - Oct. 6, 1920      New restaurant — The Restaurant stand in the exchange block, which has been so successfully conducted by Mercier Bros., has changed hands and will open on Thursday of this week.

New restaurant — The Restaurant stand in the exchange block, which has been so successfully conducted by Mercier Bros., has changed hands and will open on Thursday of this week.

The new proprietors are Fitzpatrick and Rush of Providence, R.I., who have a large experience in this business and will cater to the wants of the people in their line.

Off to Brunswick — Mrs. O.A. Hodgins and Mrs. F.W. Mitchell were in Brunswick last week as representatives of the Woman’s Club to attend the State Federation.

A special effort — The VFW Auxiliary is making a special effort to make their donations to the Disabled Veterans Funds one of the largest in the state. The beano party was most successful due to the generosity of the local merchants and auxiliary members.

New position — Mrs. Fanny Hemore left Wednesday for Lewiston, where she has accepted a position.

New Gulf dealer — Otis Putnam, president of Putnam Bros. Co., welcomes James E. Ward as the newest member of the Gulf family in Houlton. Mr. Ward became owner of the Gulf service station on North Street, next to the shopping plaza. He will call his station Jim’s Gulf.

Honored on birthday — Mrs. Bernice Elwell of Sherman was honored with a family gathering in observance of her 82nd birthday. Refreshments included two birthday cakes, one a gift from her son and his wife, Mr. and Mrs. Merritt Elwell, and two of her daughters, Mrs. Audrey Long and Mrs. Angeline Strait.