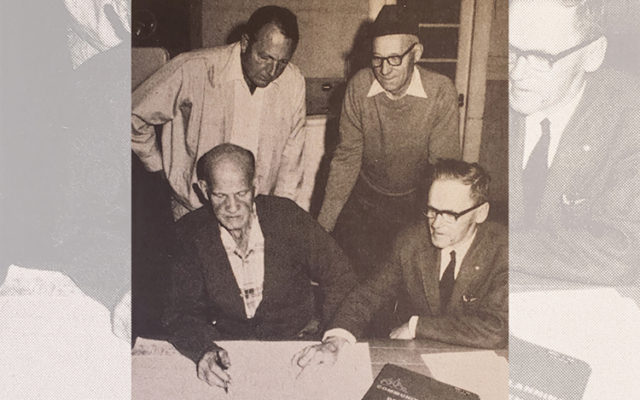 Yvonne Tardie • September 30, 2020
75 Years Ago -  Oct. 4, 1945 Farm Labor aids County -- The Farm Labor Program, which was sponsored by the Extension Service, had brought into Aroostook County about 7,300 workers to assist in the potato harvest.

Farm Labor aids County — The Farm Labor Program, which was sponsored by the Extension Service, had brought into Aroostook County about 7,300 workers to assist in the potato harvest.

Had they been able to secure approximately 600 more prisoners, which they had requested, the labor situation in Aroostook would no doubt have been met. As it was, enough workers were brought to the county to satisfy requests, but in 1945, labor had not stuck to the job the way it had in other years. So many left after a day or two that the labor situation had been acute throughout the fall.

Local man returned from overseas — T/Sgt. S. Ferris Clark returned to Presque Isle after serving in the U.S. Army four and one-half years, three of which were spent in the South Pacific. He spent his furlough with his father, Leland H. Clark, after which he went to Fort Devens, Mass., for surgical treatment and received his discharge from the service. Prior to entering the service, Sgt. Clark was employed by the Coca Cola Bottling Co. of this city.

Presque Isle native honored by Kiwanis — Sidney K. Graves, Presque Isle funeral director, was elected Lt. Governor of Division 9 North in the New England District of Kiwanis. Graves, president of Graves Funeral Home, was married to the former Maxine Ware, R.N. of Passadumkeag and they had three children; Gail, a freshman at the University of Maine at Orono; Nancy, a junior at Presque Isle High School; and Jonathan, a seventh-grader at Cunningham School. The new Lt. Governor was a lifelong resident of Presque Isle. He received his education in the Presque Isle school system and the University of Maine, where he received his BA degree in business administration, and from the New England Institute of Anatomy and Embalming. He served in the U.S. Army Anti-Aircraft Artillery Corps in the Pacific Theatre of Operations for 27 months during World War II.

Handicap champs — Jerry and Eula Nightingale of Mapleton were the winners of the Husband and Wife Handicap Bowling Championship at the Northern Lanes Bowling Center. The tournament was held Sept. 26 and 27 with many local and area couples participating.

Trail ride raised $34,000 — Proceeds raised at the North Woods Fall Trail Ride to benefit Operation Liftoff of Maine totaled nearly $34,000, and were raised by 155 people with 123 horses registered at the third annual September trail ride in Portage to benefit Maine children with life-threatening illnesses. Operation Liftoff of Maine provides an opportunity for a child to take a break from the daily grind of constantly dealing with their illness. Since 1985, 16 of the 150 Operation Liftoff children have been from Aroostook County. Among the horses and participants were several wagon trains and teams. One wagon train team, owned and driven by Bob Murphy of Brooks, Maine, traveled 140 miles one way to participate. Wagon train teams included Ross Goodwin from Dexter and his partner, Harry Roberts; Bob Tilley, Mapleotn; Murphy and his partner, Colby Emery; Earl and Cecelia Cummings, Sherman Mills; and Henry and Celia Beaulier, Portage. Chad Putnam from Ashland and Billy Nadeau of Smyrna also joined the wagon rain teams the day of the ride.