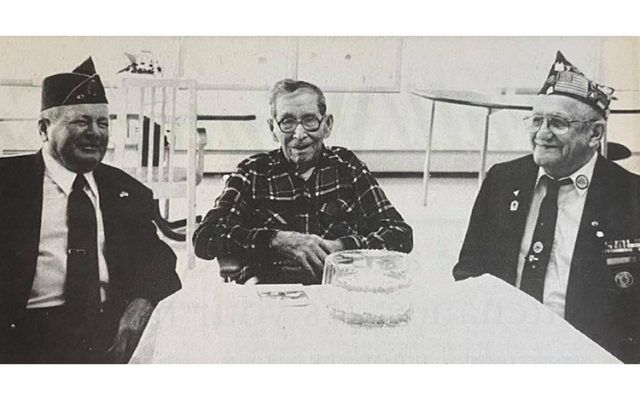 Making good at radio school — Fred Biethen, a graduate of Houlton High School’s Class of 1920, son of Mr. and Mrs. Frank Biethen, who is now attending the Boston Radio School, is making good in his chosen profession.

Recently from a class of 200 men he passed an examination with a rank that secured for him a position as instructor in a class at the Everett Mass. High School in Radio work.

Accepts position — Mr. and Mrs. Earl Lewin have accepted positions in the Bridgewater Classical Institute, where Mr. Lewin will act as sub-master and Mrs. Lewin will teach in the grades.

Golden wedding anniversary — Mr. and Mrs. B.B. McIntyre of Houlton observed the 50th anniversary of their wedding day at their home Tuesday in the presence of their family and were visited throughout the day and evening by scores of friends and relatives to extend congratulations.

Resigns position — Mrs. Fred Pierce has resigned her position at the U.S. Employment Office and is now teaching school in Hodgdon.

Just in time — The town has taken delivery on a new snow blower and apparently it has arrived none too soon. The first storm of the season covered the ground with four inches of snow Saturday. The snow blower, and the new truck on which it is mounted, are being displayed in front of the town garage. Cost to the town was about $30,000.

Local museum elects a president — At the annual meeting of the Aroostook Historical and Art Museum held recently, Mrs. Isabelle R. Hess, past president, was honored by being named to the office of honorary president of the organization.

Legion honors — Friends of Walter ‘Pappy’ Landry hoisted a supper at American Legion Post  47 in Houlton for his 50 years of dedicated service in the Legion. The president of Millville Branch 59, Stan Bass, presented him with a Canadian Commemorative 50-year pin denoting the end of WWII.